DUNCANVILLE—After Ja’Quinden Jackson scored with 1:28 left in the first quarter, Duncanville never looked back. And the Texans were never allowed to look up. Jackson would score two more touchdowns in the game to lead all rushers with 14 carries for 124-yards.

Duncanville led 7-0 at the end of the first quarter and 14-0 at the half. Then the dam broke.

Admittedly the Panthers played just marginally the first half. Penalties of 56 yards and missed opportunities had Panther Coach Samples pacing the side lines with an expression that would stop rushing bulls. His pausing a few minutes on the side line as everyone left the field left the impression he was going to have a “Little Talk” with his players at half time.

The “Little Talk” must have taken root as the Panthers scored within 41 seconds of the third quarter and continued to forcefully dominate the game. All the scores came on the ground except for the second TD on a 13-yard pass from Trazon Connley to Jamar Hamilton. All the PAT attempts were successful except one. Senior Punter Josh Delgado provided the boot.

The Panthers dominated the offensive and defensive lines, but especially the defensive line. Senior defensive lineman Terrance Newman wreaked havoc all night, having several solo tackles and numerous knock downs. If Newman wasn’t after you, then Marcus Mosely got you.

“We want to improve every week. We are ahead of where we were at this time last year both offensively and defensively,” said Coach Reginald Samples before the game. “Each practice this week was hard, yet we sustained no injuries.”

When asked if Sam Houston was a threat, he responded “Every team is a threat and we are going to treat them accordingly.”

When asked about next week, Coach Samples looked at me and said “What about next week? We are going to do our job! Any questions?” I felt he was having one of those “Little Talks” with me.

Duncanville, who defeated Plano East (42-24) last week, will take on Dallas Skyline at 7:30 p.m. Friday night at home. Samples was Head Football Coach at Skyline prior to taking the reins in Duncanville. 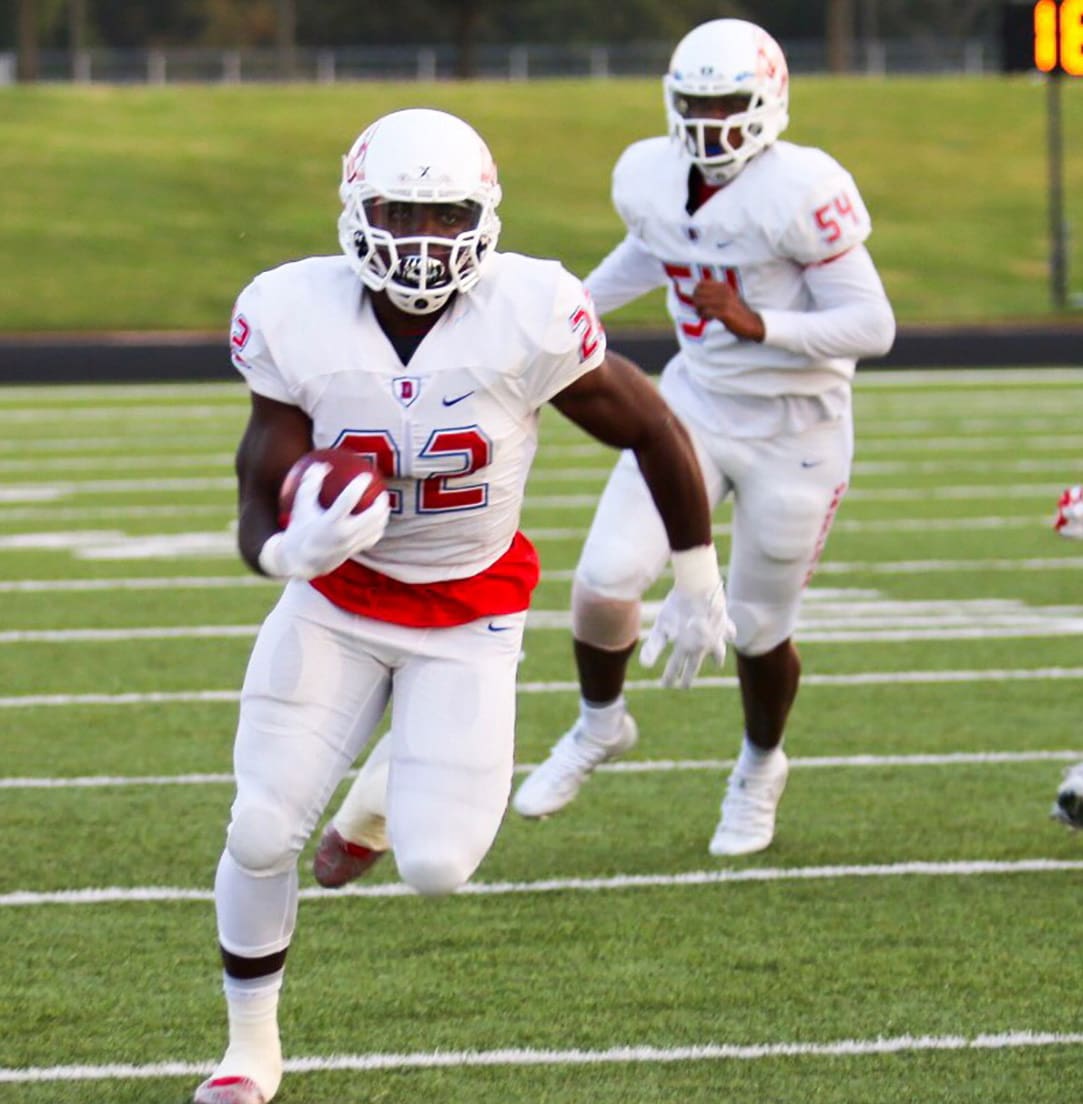