Duncanville police officer Doug Sisk was named Man of the Year for 2019 at Celebrate Duncanville. The annual event was held Jan. 16, hosted by the City and Duncanville Chamber of Commerce, at Hilton Garden Inn. The program also featured the Mayor’s State of the City address and a number of special awards presented by the city and chamber.

2018 Man of the Year Kasey Cheshier

Cheshier said, “Officer Doug Sisk is very deserving of this recognition with his continued work in crime prevention, supporting the Special Olympics of Texas and giving back to the community for many years. He’s such an amazing ambassador of Duncanville!”

Sisk was previously nominated for the award three years ago. Other nominees for the 2019 Man of the Year award were Dr. Marc Smith, Tom Fowlston, Patrick Harvey, and Tommie Rains.

Officer Sisk grew up in Duncanville, and he and his family still live here. He said, “I was taken by total surprise, this was such a humbling award. There are so many individuals in the Duncanville community that deserve this recognition. It was such an honor to be just nominated and considered for this award, let alone be selected. This award reflects on how I was raised in this community by my parents, who were always involved in community programs in Duncanville. It also represents the support of my family and police family for my selection for this prestigious award.”

Sisk added,” I don’t feel I received this award alone, but on behalf of all the men and women of the Duncanville Police Department. Who go above and beyond in their extraordinary duties on a daily basis to make Duncanville the safe community we serve.”

Duncanville Chief of Police Robert D. Brown Jr. said, “I am very proud of Doug. He is very deserving of this award. He possesses tremendous passion for serving others. Our citizens quickly recognize his love for law enforcement and his desire to make their community a safer place to live and work.” 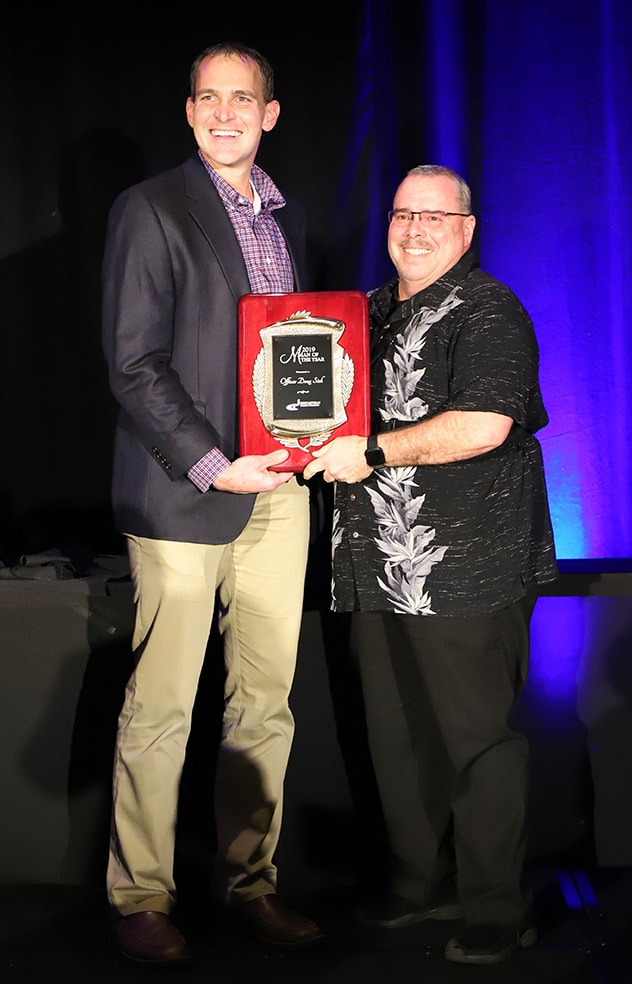