Duncanville-The Duncanville Police Department arrested a suspect in association with the Sunday, August 6th shooting in the 500 block of Golden Meadow Lane. They arrested 17-year-old John Daniel Martinez, Jr. of Dallas. Martinez was booked into the Duncanville city jail at 10:30 p.m. Thursday, August 10. His bond is set at $100,000.

The Duncanville Police Department continues to investigate the events that occurred the morning of August 6. Earlier reports said the shooting stemmed from a disturbance at a party in the area. Officers had responded to a notice of loud music being played in the area. While the officers were in the area, the sounds of gunfire were heard at approximately 2:45 a.m.

One victim was transferred to the hospital with a gunshot wound, and later died. All the party-goers and the shooter fled the scene.
The Department of Public Safety sent a helicopter to check the area around the shooting for a suspect or additional victims, but no other victims were found. Police had been looking for a grey sedan that had been in the area, which may have sustained damage to a side view mirror.

Crime Stoppers offered a reward up to $5000 for the arrest and indictment on any felony resulting from the shooting. This is still an ongoing investigation being conducted by the Duncanville Police Department. Anyone who witnessed the shooting is encouraged to contact Detective Moon at (972) 707-3839. 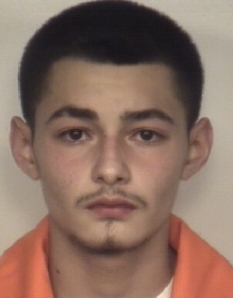