The #1 Duncanville Panthers were able to hold off the #3 Cedar Hill Longhorns 28-14 in a thrilling Friday the 13th matchup. Panthers running back Malachi Medlock was able to rack up 182 yards on 21 attempts and two running touchdowns! This allowed Duncanville to be in the driver seat to win their district with only three regular games to play.

The Panthers were able to score first with an eight-play drive that ended with quarterback Grayson James connecting his pass to the explosive Rodrick Daniels Jr for a 43-yard score. The speed and quickness of Daniels had the Panther fans on their feet as he scored. Not to be outdone, the Tennessee commit Kaidon Salter was able to lead his team on a 12-play drive ending with Salter scoring on a two-yard run. Spectators were in for a treat as both teams were able to score another touchdown each as the teams went into halftime with a 14-14 tie.

As the third quarter started, both defenses played incredible football. The Panthers were able to slow down Cedar Hill’s Salter by making sure they had him covered for the entire game. Duncanville’s front seven was able to penetrate and control Salter the entire game.

Duncanville showed their grit as they leaned on Malachi Medlock to make play after play. Medlock was scored his third touchdown with a five-yard catch. He protected the ball and pounded the Longhorns with his bruising style. In the fourth quarter, on third and three, the Panthers handed the ball off to Medlock and he blew past the Longhorn would be defenders with a 59-yard touchdown run to seal the deal as Duncanville improved their record to 5-1.

Next week Duncanville will host Mansfield Lake Ridge and Cedar Hill will go on the road to play the Waco Lions. 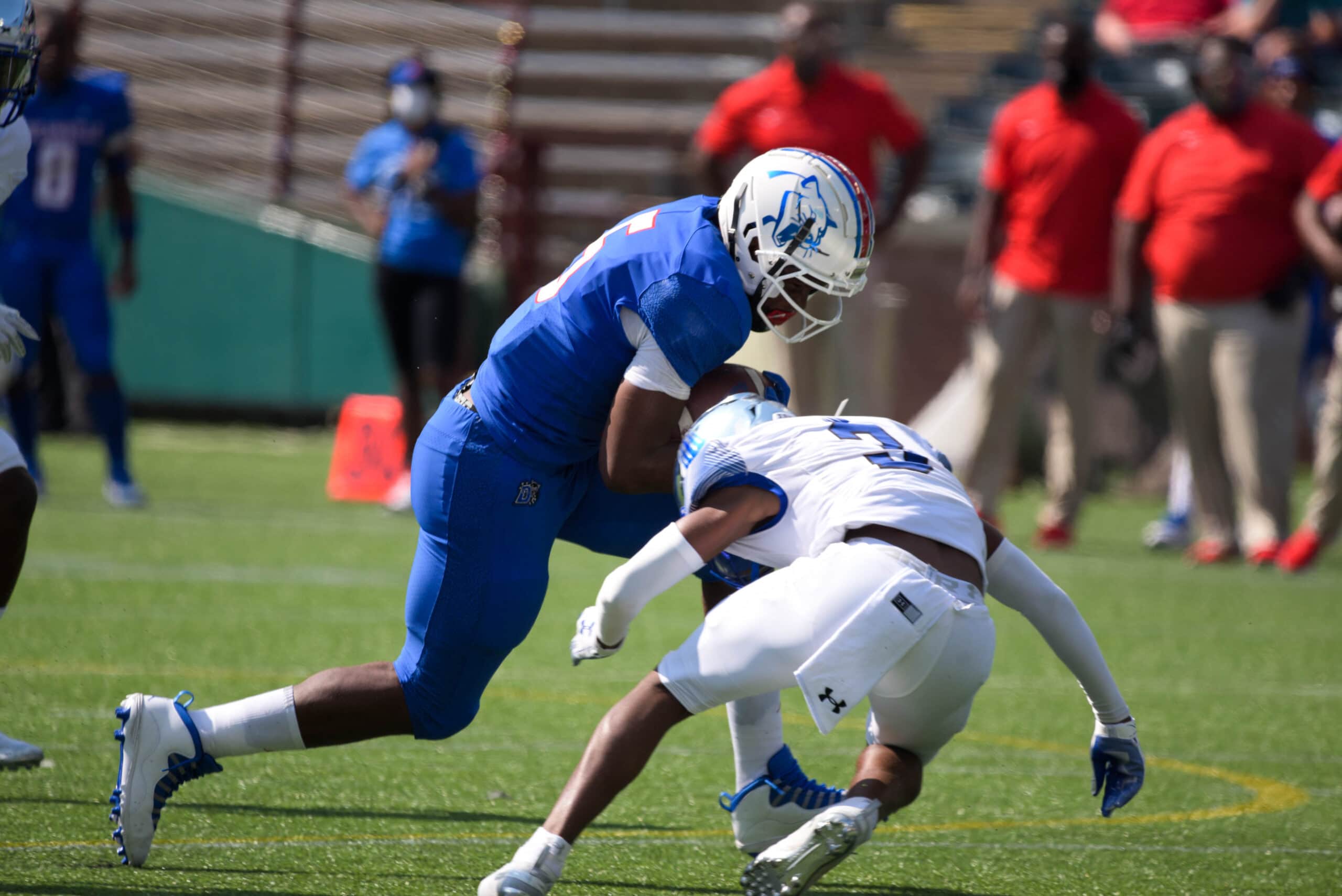