DUNCANVILLE—The Panthers (8-2, 5-2) defeated Grand Prairie (4-6, 3-3) decisively, scoring in every quarter Thursday night. But it was the defense that really shined! With their victory, Duncanville playoffs became a reality.

Duncanville’s defense had an impressive performance at home against the Gophers.

Offensively Duncanville racked up 264 rushing yards and 116 yards in the air. Duncanville quarterback Trezon Connley went 14-20-0 for the 116 yards.

When asked after the game what he felt his responsibility was in next week’s game against Killeen Harken Heights, Connley said, “Keep everyone together. Help set the goals and see that everyone does their part.” Connley, an honor roll student, went on to say that the team will be very focused this week in practice.

Duncanville kicker Josh Delgado was a perfect 4 for 4 in extra points for the game against Grand Prairie.

After the game, Football Coach Reginald Samples stated that Delgado had the best work ethic of any kicker he coached.

Duncanville Looks to the Playoffs

Earning the privilege of playing the first playoff game at home–the Panthers will face the Killeen Harker Heights Knights.
A lot of the heavy lifting in the area of rushing Friday, will be in the hands of Sophomore Keilon Elder.

The game’s leading rusher, Elder amassed 70 yards on 17 carries in the Grand Prairie game. When asked about the playoffs he replied, “I have to run hard. We all need to work as a team.” The honor roll student went on to say how proud he was to be a Duncanville Panther.

“I’m going to take one game at a time. We are going to do those things that got us here. Even better!”

He stated that Killeen was a running team. They reminded him of the Dallas Carter teams of a decade ago. “They have three running backs that can hit you and hit you hard.”

According to scoring averages, Duncanville peaks during the first half scoring an average of 20.8. The Panthers then leave it to their high powered defense to hold off competitors during the last two quarters.

Samples indicated he was relying on his Twin Towers, tackles Adams and Newman. “I think those boys can get the job done,” he concluded. 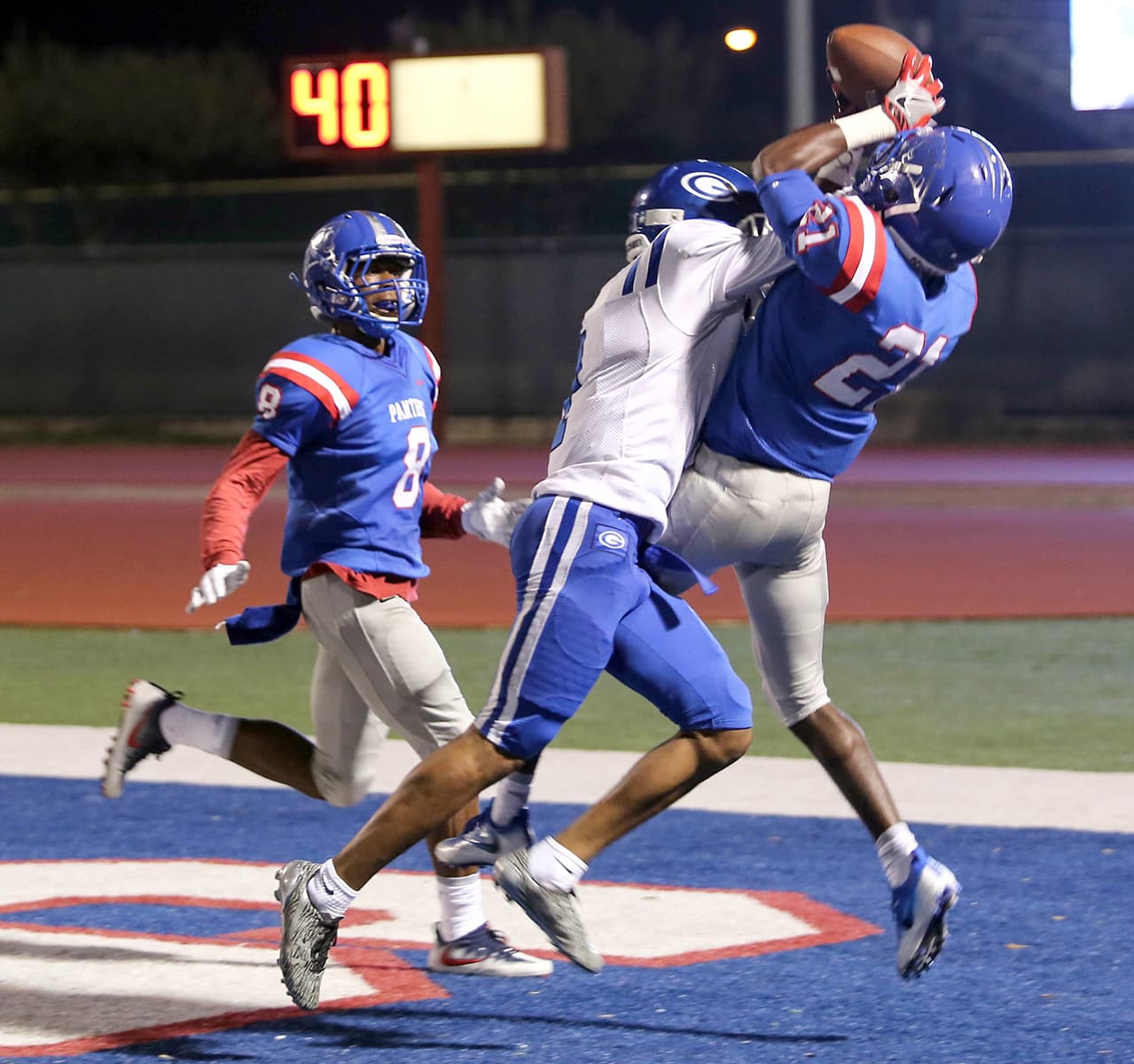