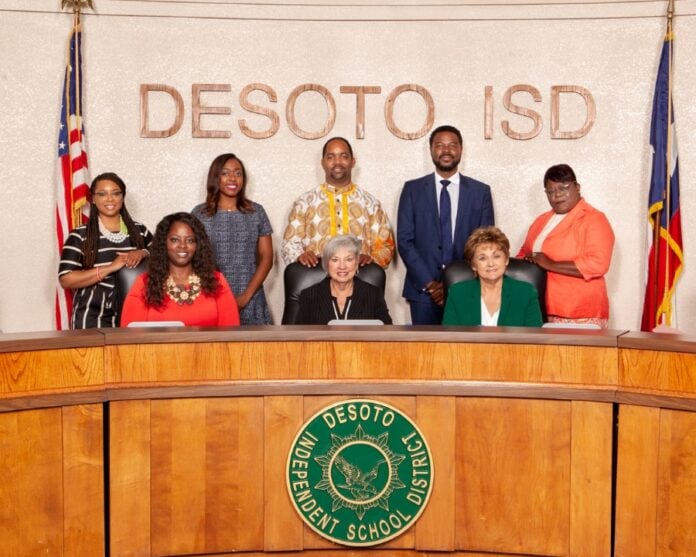 How Did We Get Here?

Sunday evening’s DeSoto Independent School Board meeting saw overwhelming support voiced for Dr. D’Andre Weaver and a nearly universal disdain for the school board that dismissed Weaver and hired Dr. Don Hooper as interim Superintendent of DeSoto Schools. The subject has dominated newspapers and television news over past weeks. The subject first came up in a July 27th meeting which was reviewed in a July 30th edition of Focus Daily News. Dr. Don Hooper, who had been hired as a consultant to the district in February was appointed conservator in that meeting.

Although some thought the issue might be solved and disappear, it resurfaced in another meeting covered by Focus on August 20th. The board was called a “Bold Group of Bullies,” in a meeting where many citizens chastised the board for numerous actions. Once again, the bulk of the commentary was about the board and their actions rather than about Dr. Weaver. 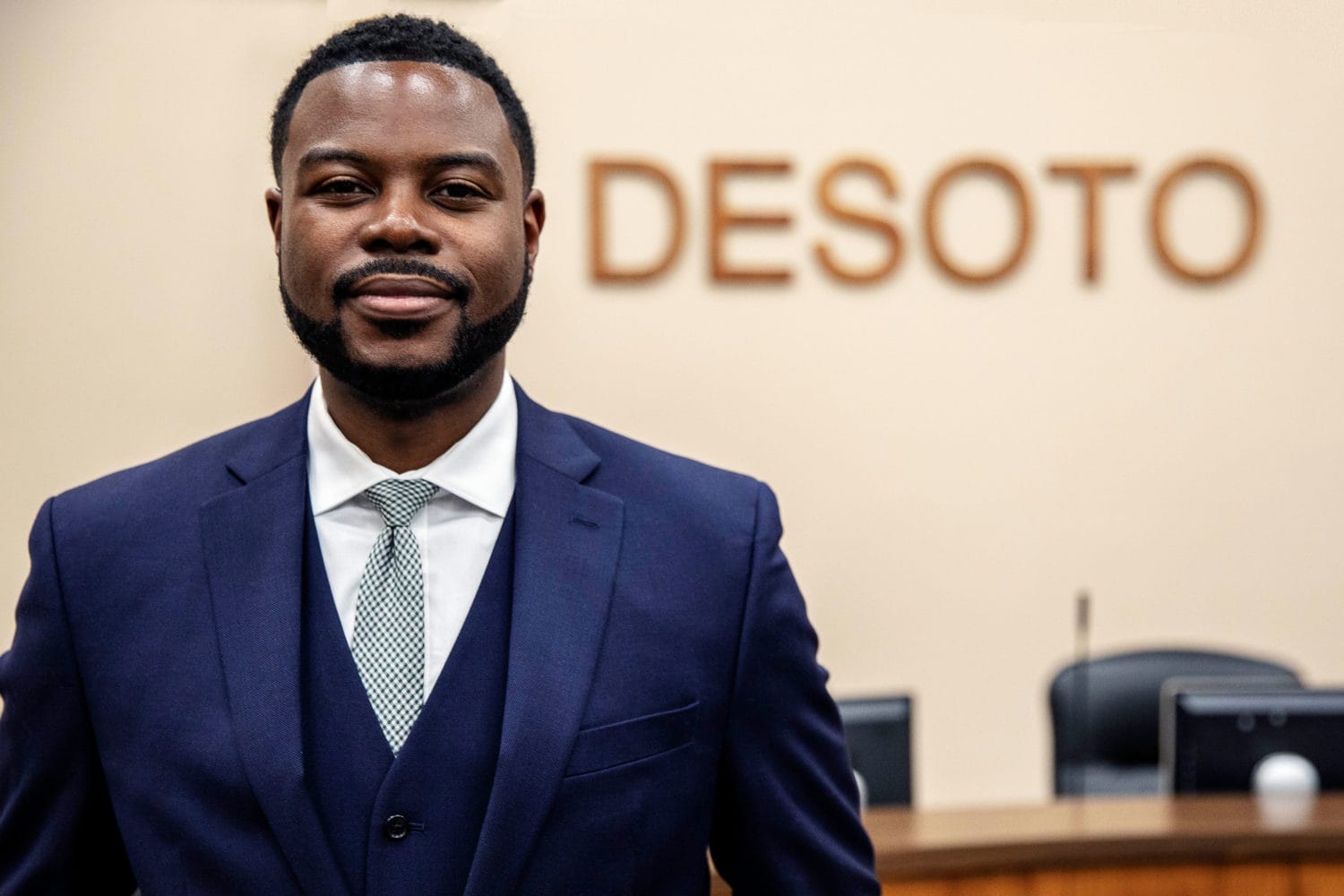 The fireworks were set to begin. Citizens protested on Hampton Road, in social media and in person about letting Dr. Weaver go and protests intensified when social media posts by Don Hooper surfaced indicating his personal viewpoints on political postures he has taken.

Dr. Don Hooper responded about the social media posts and Board President Karen Daniel issued a statement about them as reported in the September 2 edition of Focus Daily News.

Dr. Weaver issued a heartfelt statement on his leaving the district and wishing it well as reported on September 4. Then, Dr. Weaver issued another statement to the board saying “I want to continue to serve and to fulfill my mission and the vision of this great community.” He said that he had been “railroaded by the board and it’s attorney and illegal actions taken at a bogus emergency meeting of August 30.”

“My heart and soul are in this job and at this district,” he said.

“We Need To Allow Dr.Weaver To Complete His Mission”

These actions lead to the calling of another emergency meeting on Saturday, September 5, which was soon cancelled in favor of another emergency meeting, September 6, in which 44 people spoke, once again almost universally in favor of Dr. Weaver and against the boards actions. Comments made included “We need to allow Dr. Weaver to complete his mission,” and “how can you move to replace a superintendent who was making such financial and academic progress?”

State Senator Royce West said he had called board president (Karen Daniel) but his call was not returned and he requested the reinstatement of Dr. Weaver. Perhaps most pointedly another resident of DeSoto said the board “Should have had Dr. Weaver’s back instead of stabbing him in the back.”

DeSoto Mayor Curtistene McCowan spoke, this time as Mayor, as well as a concerned citizen “I wish to express my thanks to each of you and to the Texas Education Agency for the work you are doing and will continue to do to support public education in the All-America City of DeSoto. Conservator Crabill – we welcome you to DeSoto and look forward to working collaboratively with you to improve our great school district. As a former DeSoto ISD School Board President, I deeply respect the Texas Education Agency (TEA) and all they do to ensure that our children receive a quality education. I also know that everything in our world is dependent on a good education. Without it, we can never achieve the full potential that God has given us.”

“Tonight, our community faces a crucial test and one that I am confident we will meet. As a fellow elected official in our City, I know how difficult the decisions we make can be – and the resulting impact those decisions have on our families, our businesses and our community. In the toughest of times, we must always remember who we work for and who we represent: it’s all about the people. And on the issue of who should lead our school district moving forward, the people are speaking loud and clear. So tonight, my ask of you is simple – let’s listen to the people. Let’s begin the process of restoring the people’s trust in our local leadership by showing them that their voices matter. The overwhelming show of community support for Dr. D’Andre Weaver has been nothing short of inspiring – and when the people speak, we have a responsibility as elected officials to listen.”

“With respect to Dr. Don Hooper’s employment, in light of the recent content on his Facebook page, it is not, and I repeat not, in the best interest of the district to continue his employment in DeSoto ISD. Our children and families in the school district and the City of DeSoto overall deserve better.”

“In closing, as Mayor of the City of DeSoto, the past few months have been difficult to process. We’ve been sad, disappointed, embarrassed and some even outright angry at the unfortunate events that have unfolded. Week after week our school district can’t seem to catch a break. But to the Board and to our community – I encourage you to remember the old gospel classic “Trouble Don’t Last Always.” In the coming weeks, I look forward to convening all stakeholders in our community, and while the road back has not been and will not be an easy one, I am confident that if we all work together and focus on academic excellence for our children, DeSoto ISD will RISE UP!”

After the reading of the comments, Board member Aubrey Hooper made a motion to rescind the acceptance of the resignation of Dr. Weaver. Trustee Clark immediately seconded the motion which then passed 7-0. Trustee Fleming then moved that they rescind the appointment of Dr. Don Hooper. as Acting Superintendent, Trustee Aubrey Hooper seconded it and it also passed 7-0.

After the executive session ended, the board resumed with A J Crabill and Dr. Weaver present. After a coaching exercise Conservator Crabill asked Dr. Weaver if he had anything to say.

“To the Board of Trustees, teachers and leaders, students in our system, the entire community I am more committed today than I have ever been in this district over the last two years. The work we have in front of us to do together is so much bigger than just merely educating students. We have the opportunity to prepare the students that call DeSoto ISD home, prepare them for a world that is unkind to them. I think that we can do that together. I am fully committed to doing that.”

The Board offered the following statement:

As a Board, we look forward to welcoming Dr. Weaver back to DeSoto ISD so that we can get back to our collective work of serving the students, staff and families of DeSoto ISD with care and fidelity.

We NEED your support now more than ever! Support local news stories like this one by subscribing to Focus Daily News, for a limited time you can get a 1 year e-edition subscription for $10, normally $100.