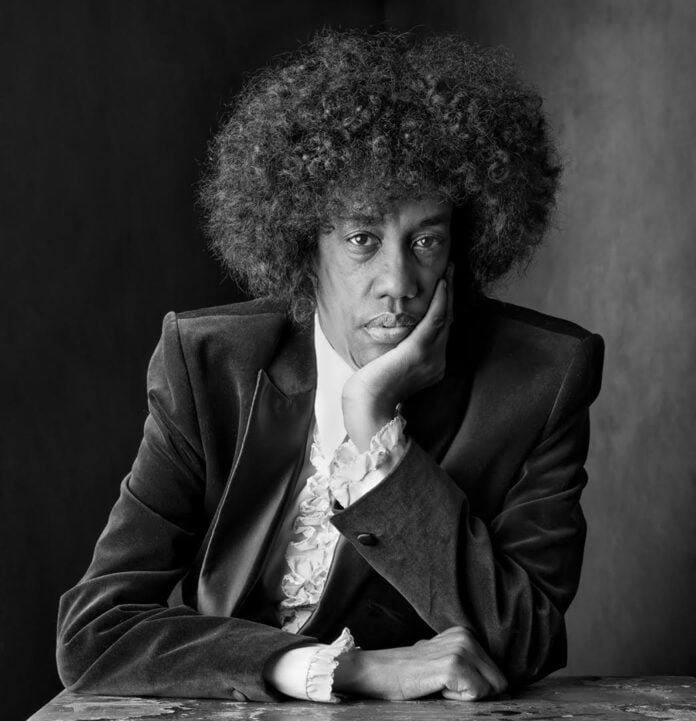 DALLAS (December 6, 2021) – Dallas Theater Center (DTC) holds a launch party to celebrate its playwright-in-residences’ new book! Jonathan Norton’s book is based on his acclaimed DTC production penny candy. The book launch party for penny candy: a confection will be Wednesday, December 8 at the Dee and Charles Wyly Theatre beginning at 6 p.m. Guests will enjoy a conversation with Jonathan and Kevin Moriarty, Enloe/Rose Artistic Director. Then, they can purchase a copy of the book, get it autographed, and have a photo opportunity with Jonathan. Admittance to the event is free and open to the public.

penny candy: a confection follows one family as they seek to balance their responsibilities to their community and to one another. Growing up in a candy house sounds like every kid’s dream. But for 12-year-old Jon-Jon, helping his father run Paw Paw’s Candy Tree out of their run-down one-bedroom apartment isn’t quite a dream come true. As their neighborhood of Pleasant Grove, Dallas sees a surge of violence fueled by epidemic drug use and increasing racial tensions, the business begins to fail and danger looms immediately outside the family’s front door.

“penny candy is inspired by my parents and the candy house they operated in Pleasant Grove in the 1980’s. I’d never seen a play set in a candy house. So I thought I should write one. A candy house is a mom and pop candy store run out of someone’s home,” said Jonathan Norton, author penny candy: a confection.

The book is being published by Deep Vellum Books. The original play made its world premiere at DTC in the summer of 2019 with the support of The Hersh Foundation, TACA – New Works Fund, Jackson Walker, and the National Endowment for the Arts. The show had 17 sold out performances during its run.

“Theater is literature, and literature is theater, and playwright Jonathan Norton is one of the greatest storytellers the city of Dallas has ever produced. It’s such an honor to publish his brilliant penny candy as a book for the first time for all the world to fall in love with and for this play to be read as the great literature it is,” Will Evans, Founder Deep Vellum Books.

“The thought that penny candy would be published in this way was the furthest thing from my mind. I certainly hoped it would be published for licensing and production. But the opportunity offered by Deep Vellum was something completely different,” said Norton. “I’m excited to imagine my play living inside people’s homes, on their bookshelves, on their nightstands. And it’s also an honor to know that penny candy is Deep Vellum’s first play!”

“Jonathan Norton is the most exciting Dallas playwright to burst onto the theatrical scene in many years. Writing in the tradition of the great American dramatists who have come before him, Jonathan has created a family drama that explores the personal relationships within a tight-knit family while also examining the broader social-political forces that shape their destiny,” said Moriarty. “If you want to better understand Dallas today, you need to read this play.”

“I still bump into people who remember the penny candy production and share with me how much the play meant to them. I’m so proud that we created something so visceral,” said Norton.

Jonathan is working on two additional works. Both are set in South Dallas, but that’s all he say for now! Concessions and copies of the book will be available to buy at the launch party. To get a copy of Jonathan’s book visit http://deepvellum.com/order