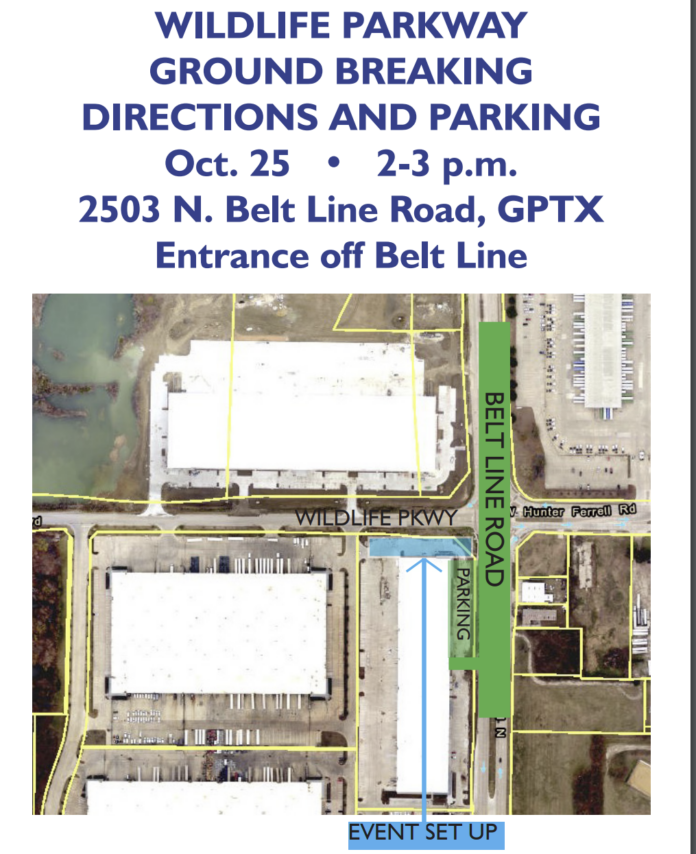 The project will widen and extend Wildlife Parkway from Belt Line to SH 161. The $55.95M four-lane divided concrete roadway project includes about 9,400 linear feet of roadway, two bridges, a 12-foot-wide shared use trail, 6-foot-wide sidewalk, curbs and gutter, streetlights and median landscaping. Funding is provided by TxDOT at $25M;

Dallas County at $14.38M; and the City of Grand Prairie at $16.57M. The design engineer company is Halff and Associates and the construction contractor is Harper Brothers Construction. The construction will begin in October 2022 and should take about two years.

This improved roadway provides a critical new route for fire and police response between two busy thoroughfares, especially when I-30 is experiencing a traffic jam, and greater capacity for the truck traffic frequenting the growing Wildlife Commerce Park and nearby distribution centers. It will also improve traffic circulation and access to the city’s Entertainment District, featuring Lone Star Park, Texas Trust CU Theatre, Action Skate Park, Ripley’s Believe It Or Not and the under-construction

Major League Cricket stadium to open in summer 2023. The project provides regional connectivity, including the regional bike and hike trail from Dallas to Fort Worth, which in Grand Prairie is named the Lone Star Trinity Trail.