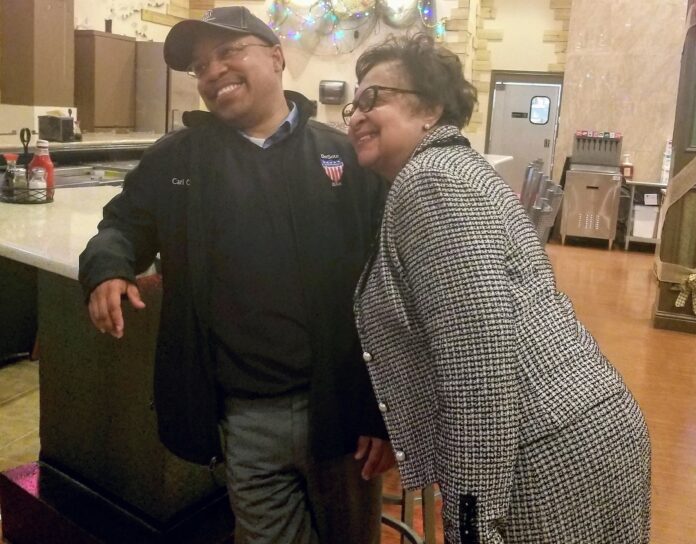 I Lost A Friend

I first met DeSoto’s Mayor Curtistene McCowan when my former editor at Focus Daily News, Joshua Johnson (who passed away last year and was one of my dearest friends) told me to call her and ask her some questions for an article.

I was a little intimidated. I mean, she was on the DeSoto City Council at the time. She had a middle school named after her and I was not sure what to expect.

So, I called her and left a message.

She immediately called me back and my fears vanished. Curtistene McCowan knew how to make me (and everyone else) feel comfortable. I was so comfortable because, even on that first call, her positive energy just poured out to me over the phone.

That was my first experience talking to her.

Over the years I got to know her even better and her heart was always open.

Josh would ask me to call Mrs. McCowan (that was before she was the mayor, when Carl Sherman Sr. was in that seat, before he was elected to his State Representative position). Each time I called she would contact me back quickly.

The only way I can describe her is “a beautiful soul.”

We built a relationship that continued to grow over the years after that first meeting.

While some politicians do not particularly like media, she was so transparent that she never had anything to hide.

In pure McCowan style, she had given me her mobile number that first time too. I grew accustomed to texting and calling her, knowing she would always be available to answer any question.

After Representative Sherman termed out as Mayor, McCowan took the role with grace, making DeSoto proud.

She was the first woman mayor in DeSoto, and she made all the women she knew proud.

I had the chance to get to know her even better over the years for many reasons. She always had a smile, always had a kind word, and her hugs were always warm.

I know that whenever I saw Mayor McCowan in a room or if she walked into a room, I tried to make a beeline to her to say hello. Her energy just drew you in because of her internal and external beauty.

One time I was scheduled to meet Mayor McCowan in her office in DeSoto and I was running a few minutes late. She was not offended; she was gracious and asked me if I was okay. And she meant it. I looked flustered and in pure Mayor McCowan style she was more concerned about me, and if I was okay then the fact I was embarrassingly late to our meeting.

Over the years, as I progressed along my journey in the world of news media and politics, Mayor McCowan continued to be a role model to me.

I heard that McCowan had been diagnosed with cancer soon after she was told earlier this month. I was heartbroken as was everyone in the Best Southwest and beyond.

When I was given the news that she had passed away. I was driving when former Mayor and now State Representative Carl Sherman Sr. called, I had to stop. I had to breathe. I had to let the tears flow.

An Immeasurable Impact On Me And Others

In her passing I realized what an impact she made on my life.

I wrote on my social media site that I hope I have the ability to do just half of what Mayor McCowan did to change the world.

She made an impact in the Best Southwest cities and beyond. The outpouring of the news of her death has been palpable.

And if you met her, you know what will be missing at the next meeting you attend where you will be expecting to see this beautiful woman’s energy and presence.

I like to think she will be there in spirit with all of us because I know we will miss her for many years.

Rest in peace Mayor Curtistene McCowan – you have inspired me to be a better person and I am honored to have known you.