She was recently elected North Central Texas Council of Governments (NCTCOG) Vice-President as she continues to contribute to the betterment of the region.

She has been at it for many years.

First elected Mayor of the City of DeSoto in May 2016, McCowan was re-elected to her second term on May 4, 2019. She has been a member of the DeSoto City Council since May 2012.

“At the time, I was on the City Council and serving as Mayor Pro Tem alongside Mayor Carl Sherman, the 20th Mayor and first African American Mayor of DeSoto,” McCowan said.

“Carl Sherman, our current State of Texas Representative, was a great friend and a great Mayor, but due to term limits, he could not run for another term. He, along with numerous other community leaders and everyday citizens knew of my love for and commitment to DeSoto, and of my ability to get things done, and encouraged me to run.”

Before running for City Council, McCowan served for five years on the DeSoto Economic Development Corporation Board of Directors. She held several positions with the DEDC Board including serving as Internal Audit Chair, Vice President, and then she was Board President for four years.

“Having served as a founder and president of Concerned DeSoto Citizens (CDC), I was and still am very active with the organization, which my husband and I were instrumental in chartering 31 years ago,” McCowan said.

“CDC’s mission is ‘To support community leaders and build a stronger community while promoting and providing educational assistance to the students of DeSoto ISD.’”

McCowan spent her early days in East Texas, however most of her adult life has been spent in DeSoto.

Her Heart Is In DeSoto

“I love DeSoto,” she said. “As does my husband and DeSoto’s First Gentleman Leon McCowan. We have been working hard to make a difference in DeSoto for longer than I care to admit.”

“I ran for a seat on the DeSoto ISD Board of Trustees back in 1990 and won. It might not seem like that significant of an election, but it terms of DeSoto history it was huge. That election made me the first African American elected to public office in DeSoto and led to my serving two three-year terms as a School Board Trustee including two years as president.”

McCowan also had a school named after her in DeSoto – Curtistene S. McCowan Middle School – which opened in August 2007.

A Politician & An Educator

“While many might think of me as a mayor or politician, the term educator would probably be just as accurate,” she said. “Next to my faith and my family, education has been one of the most defining factors in my life, and it’s allowed me to play an important role in the education of others. While I care deeply about the education of all the children of DeSoto, I consider the children who attend Curtistene S. McCowan Middle School, as “my” children. And since so many of those children are now fully grown and have children of their own, I guess that makes me a grandmother to hundreds of children many times over. And I don’t mind a bit.”

McCowan was also appointed by the Texas Association of School Boards and served 1990 to 1997. She served on the Statewide Panel on Student Skills and Knowledge for the Texas Education Agency from 1993 to 94. In 2000, she was elected as the Charter President of the DeSoto ISD Education Foundation Board of Directors and has served on their Executive Committee since that time.

“I was active in education locally even before I served on the ISD Board,” she said. “So, by January 2007, I had spent more than 30 years in education, and that’s when the DeSoto ISD Board of Trustees voted to name the middle school after me. And I have to say that has been the greatest honor in my life.”

McCowan said she considers her greatest accomplishment during her career in government as having worked for the Federal Trade Commission for over 32 years. She served as Senior Investigator for 18 of those years.

“I am very proud to have been there to safeguard our consumers from unscrupulous businesses and individuals that tried to take advantage of them,” she said.

“In addition, I wore a number of other hats during my career, including but not limited to Federal Women Program Manager, Equal Employment Counselor, President of Federally Employed Women’s Dallas Area Chapter and National Training Program Chair, President of the Dallas/Ft. Worth Federal Executive Board’s Diversity Council and planned and negotiated a Consumer Education Program in partnership with my alma mater, El Centro College for which I was awarded the Distinguished Alumnus Award.”

McCowan added “In terms of what I am doing as Mayor, I am proud to be heading up the current team that has been working tirelessly and at a great personal sacrifice to protect our residents and guide them through the greatest challenge that DeSoto has faced.

This group effort gives me a deep sense of pride. We are not out of the woods yet, but the dedication that I have seen and the desire of all on our team to get our residents through this is unlike anything that I have seen in government.

Then she concluded “In terms of making a difference in this world, it’s the actions that I’ve been able to take to help our children and allow them to stay safe, to learn, and grow up to accomplish what God intended them to accomplish, that I would consider as being my greatest accomplishment.”

Recently, Mayor McCowan announced she’s been diagnosed with lung cancer, and the community has responded with prayers and well wishes. It’s great seeing DeSoto showing their love for someone that’s given so much of her to the City of DeSoto. 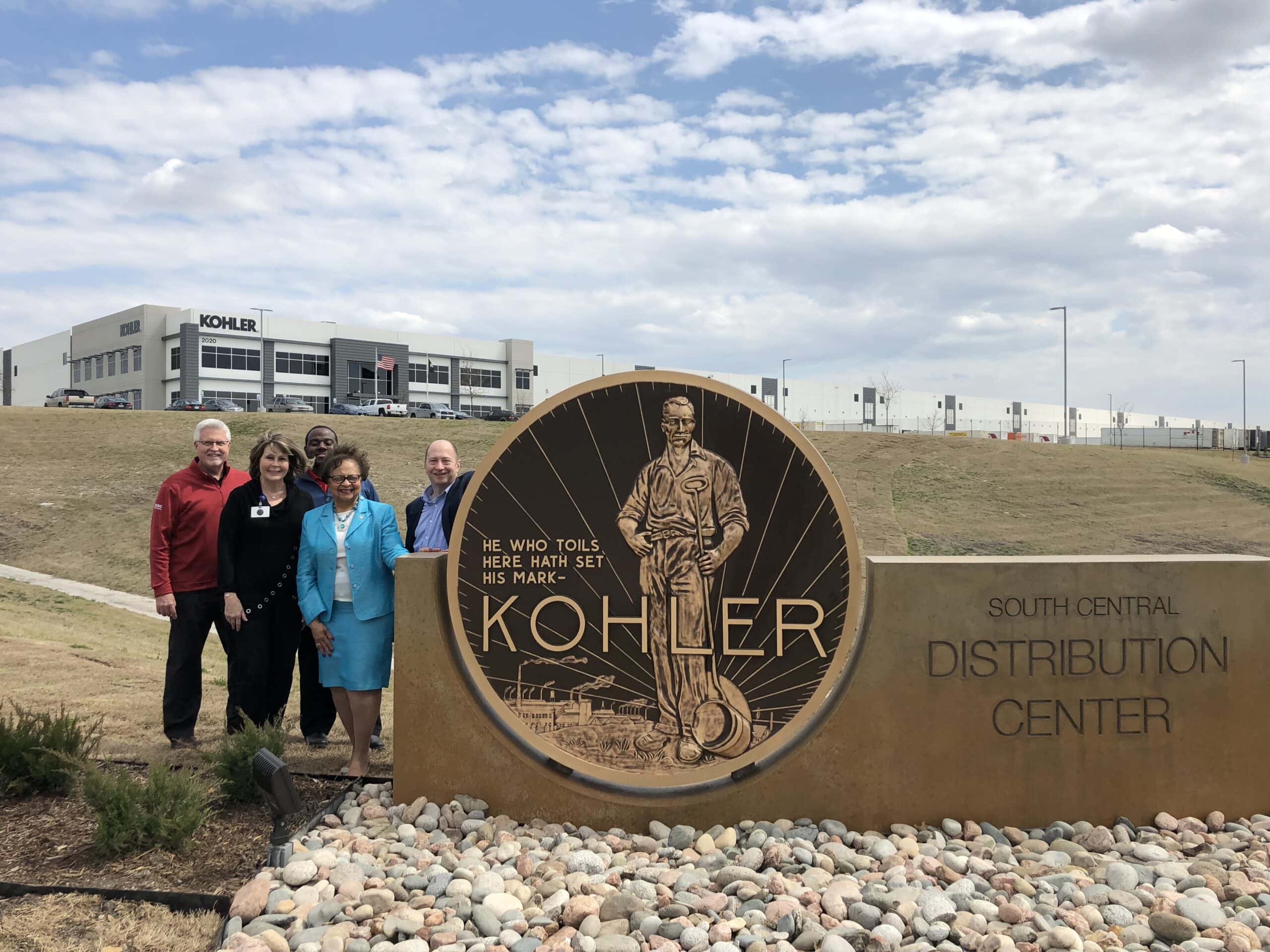