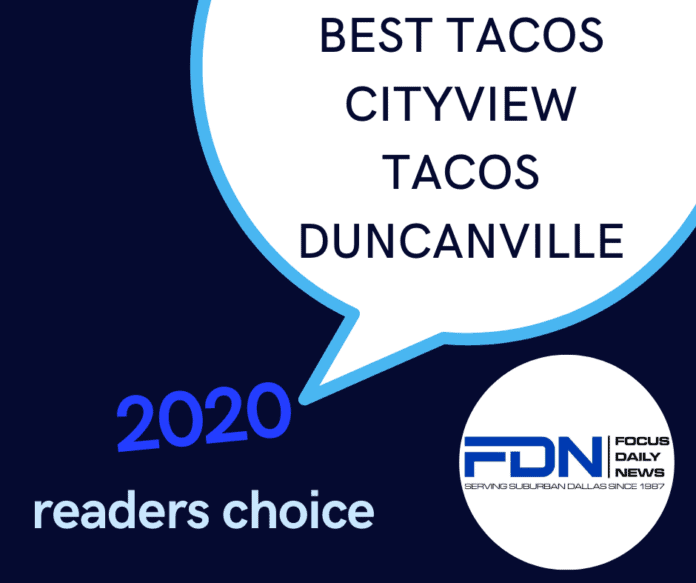 City View Tacos in Duncanville is a five-time repeat winner in our Readers’ Choice Awards. Former Dallas police officer Raul Rios started making tacos and selling them at taco stands in front of convenience stores and gas stations in 1995. The delicious tacos were greeted with praise from the start, but city officials took a different view of street vendors.

Their first and most successful taco stand was in front of Friendly’s Gas Station/Convenience Store on Harry Hines, owned by John Benda. When the city began cracking down on outdoor food vendors, Rios approached Benda with a proposal to bring the taco space inside.

Rios said “John Benda has been a real blessing to us and a good friend. After he bought Fuel City on Industrial Blvd. (now Riverside) we rented space there. It’s a great location and view of downtown Dallas gave us the idea to name our tacos City View Tacos.

By 1997 City View’s taco businesses were so successful that he retired after 21-years with Dallas Police Department to run the business full time. His wife, Maria Cazares, brother-in-law Abel Hernandez, sister-in-law Hortencia Cazares along with other family members are involved in operating Super Tacaso,Inc. “We prepare the ingredients at a separate location, and then cook them at the various locations,” Rios said. “That way we are sure the quality is consistent.”

“We spent years developing just the right seasonings for our tacos and other dishes. And we use only US grade, prime cuts of meat, the best brands,” he said.

While several new Fuel City service stations are open in Saginaw and Cedar Hill, Rios said Super Tacaso/City View tacos are not cooking for the newer stations. The company is focused on the award-winning City View restaurant and catering business at 419 North Main Street in Duncanville (in the former Sonic site). 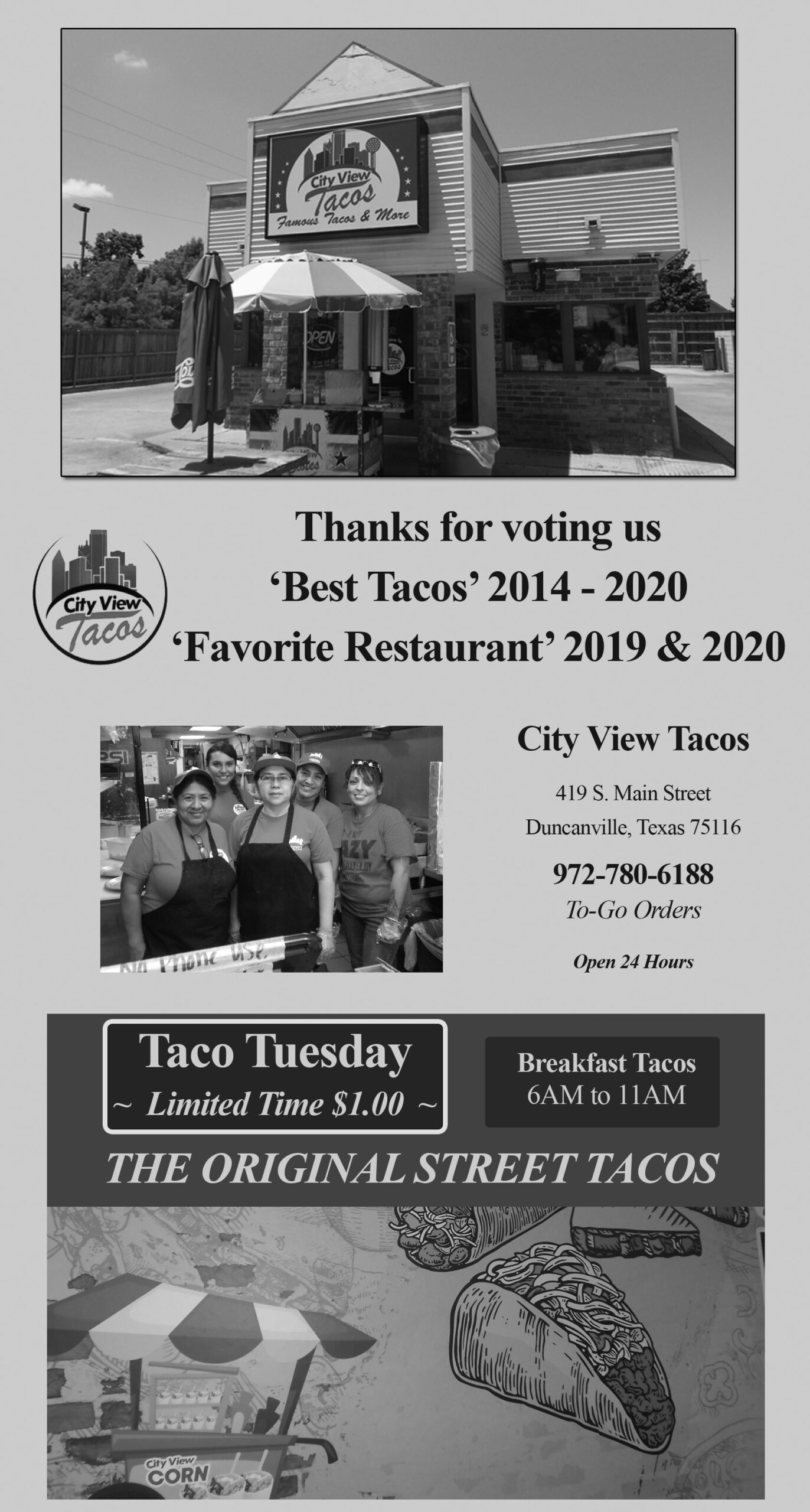 Involved In The Community

Duncanville Chamber of Commerce President Steve Martin said, “Raul Rios is one of our best board members. He is always the first to volunteer for any kind of donation or sponsorship needed.”

City View Tacos and Raul Rios won the Duncanville chamber’s Good Neighbor Award last year. He has also received awards from other service organizations, including one organized by Lady Jade from K-104 Radio.

In 2006, “Texas Monthly” discovered their popular tacos. Reviewer Patricia Sharpe raved, “the tacos at this joint are simply out of this world. Orders are placed at the taco-stand window at the northern end of the store, and whether you pull up at 3 a.m. or 3 p.m., you’ll find folks sitting in their cars, gobbling from little carryout boxes. Tops is the picadillo, ground beef with bits of potato seasoned with a dab of garlic and a lot of black pepper. It’s tucked into a double layer of small white-corn tortillas and topped with chopped onion and cilantro. A wedge of Mexican lime comes on the side. It goes just as well on the amazingly tender beef fajita taco, another good option.”

City View Tacos plan to open several more restaurants, on I-67 near-Venus and I-20 in Lancaster.

One of the most popular items on City View’s menu is Elotes (corn) served from a take-out cart in front of the restaurant. Their fajita beef steak tacos; ground beef with potatoes and special seasoning; pork in a red seasoning sauce; and grilled chicken tacos are still the most-ordered staples at CityView. They also serve Barbacoa, rice and beans, burritos, and quesadillas. Plus four types of breakfast tacos. CityView Tacos is open 24 hours a day, seven days a week.