All across Texas high school sports teams said hello to their new homes as teams shifted districts – and in some cases even regions – via the University Interscholastic League biennial realignment. Today, the 2020 UIL realignment changes were announced and we have the results.

Teams in the Focus Daily News coverage area saw their fair share of changes when the UIL released its alignments for football, basketball and volleyball for the next two years Monday morning. Alignments in other sports will be announced later.

All 2020 UIL realignment changes will become effective in the fall.

Beginning at the Class 6A level, five area teams are in the same district for the 2020-22 school years. District 11-6A football, basketball and volleyball will include Cedar Hill, DeSoto, Duncanville, along with Mansfield schools Lake Ridge and Mansfield High. Rounding out the district will be Waco Midway, Waco High and Waxahachie.

Duncanville has reached the past two Class 6A Division I state football championships. Also this past season, Cedar Hill and DeSoto posted 9-3 records. Duncanville and DeSoto girls basketball teams rank No. 1 and 2 in the state.

District 4-5A Division I football will feature three area teams that made moves with this realignment. Mansfield Summit dropped down from Class 6A, while Midlothian and Red Oak both moved up from 5A Division II. Also from the area, Mansfield Legacy joins the group. The rest of the district includes Burleson Centennial, Colleyville Heritage and North Richland Hills schools Richland and Birdville.

Red Oak (11-2) is coming off its best football season since 2012, when they also reached the third round of the playoffs.

Mansfield Timberview, which dropped down from 5A Division I will compete in District 5-5A Division II in football, along with Aledo, Arlington Seguin, Burleson, Cleburne, Everman, Joshua and Waco University.

In 6-5A Division I football, Lancaster is joined by Carrollton schools Smith and Turner, along with Dallas schools Turner, Adams, Molina, Samuel, Sunset, White and Wilson.

Midlothian Heritage remains in 4A Division I and will do some traveling this football season as they will compete in District 5-4A Division I with long trips to Brownwood (143 miles), Stephenville (81 miles) and Waco LaVega (71 miles). Otherwise, the trips are closer to home with Alvarado (15 miles) and Waxahachie Life (12 miles).

Heritage is coming off its best football season in its four-year history, reaching the state quarterfinals. The Jaguars have reached at least the third round every year of their existence.

Hutchins will be in District 8-4A Division I for football, with Dallas Carter, Lincoln, Pinkston, Roosevelt and North Dallas. Those schools will be in the same basketball and volleyball district, but it will be named 12-4A.

Venus will be in District 5-4A Division II in football, alongside Ferris, Glen Rose, Godley and Hillsboro. In basketball and volleyball, Venus and Heritage will share District 11-4A with Alvarado, Ferris, Godley, Hillsboro and Waxahachie Life. Heritage advanced to the regional finals in volleyball this past season.

Mansfield’s Legacy, Summit and Timberview will compete in basketball, volleyball

Legacy, Summit and Timberview will be in the same basketball and volleyball district (8-5A) with Arlington Seguin, Burleson Centennial, Burleson High, Crowley and Everman.

In basketball and volleyball, Lancaster is in a district filled with Dallas schools Adamson, Kimball, Molina, Samuel, Seagoville, South Oak Cliff, Spruce and Sunset. Lancaster’s boys are the No. 1 Class 5A team in the state this season. 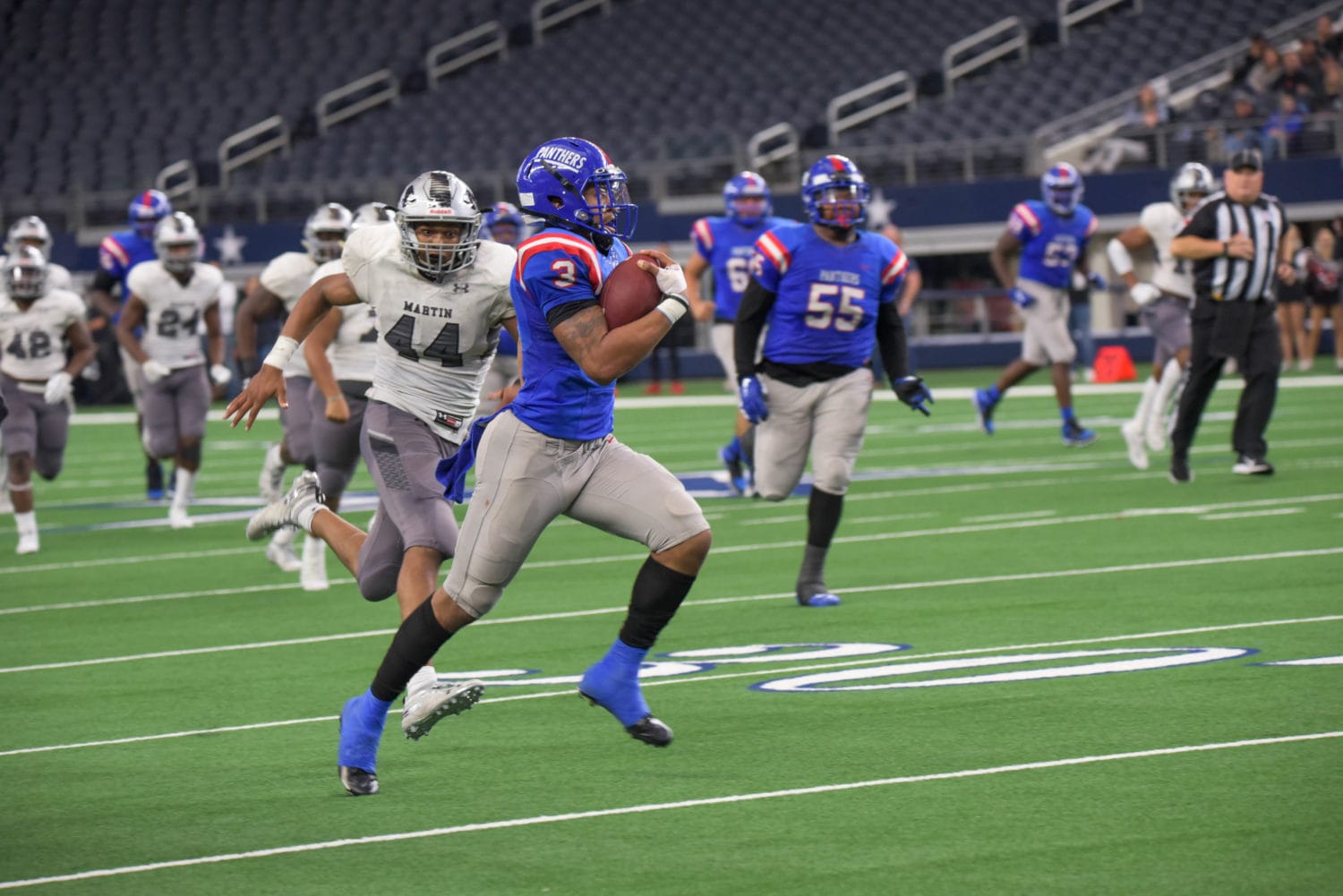