Red Oak Lady Hawks continue to be on fire! On November 15, the Lady Hawks will face Lovejoy HS in the Regional Semifinals. Make plans to come out and support them in their playoff run.

(RED OAK, TX) — Red Oak High School volleyball has a long-standing history of success, but this season they claimed another title with an undefeated run in district 14-5A beating area rivals Midlothian and Joshua. This is the twenty-first time for an undefeated Red Oak HS district season since 1990, a stretch that also includes three State Championship titles and 58 players signing to play in college!

Senior Hailey Hunt signed her Letter of Intent on November 13 to play at Stephen F. Austin State University. She is graduating early in December and will enroll at SFA in the spring.

Hunt, the 14-5A 2018 District MVP is currently 6th in the Dallas area in kills. She has 562 kills over 114 sets. She says the team goals are simple, “leave everything on the court and take it one game at a time.”

“Hailey has jumped in and taken on leadership roles, starting six years ago when she joined our volleyball program in middle school,” stated Head Coach Hope Porter. “There will be a big void in our program when she is gone. But before that, we have more work to do.”

Porter who has been at the helm since 2009, was an assistant coach for ROHS for 12 years prior. She knows how to get the most out of every player. She uses their strengths to the team’s advantage and grows players to trust their teammates. They have reached the regional round in eight of her ten years as the head coach.

Hunt added about her coach, “Coach Porter has been a huge part of my life for the past six years. She has been someone that I can always go to and rely on, not just as a coach but as a mother figure. Coach Porter is our biggest critic and our biggest fan, which is vital to our success.”

The Red Oak Lady Hawks are currently ranked 4th in the Area 5A rankings by the Dallas Morning News. In addition to Hunt’s ranking, Zanobia Willis is second in the area in blocks with 178 blocks over 112 sets, Megan O’Neal is 9th with 115 blocks over 113 sets, and Ellie Davis is 10th in digs with 649 digs over 120 sets.

“We are excited about this team,” stated Porter. “They have really jelled over their four years. We have six outstanding seniors on our squad who have lofty goals, the first was to win district. Now we continue in the playoffs.” 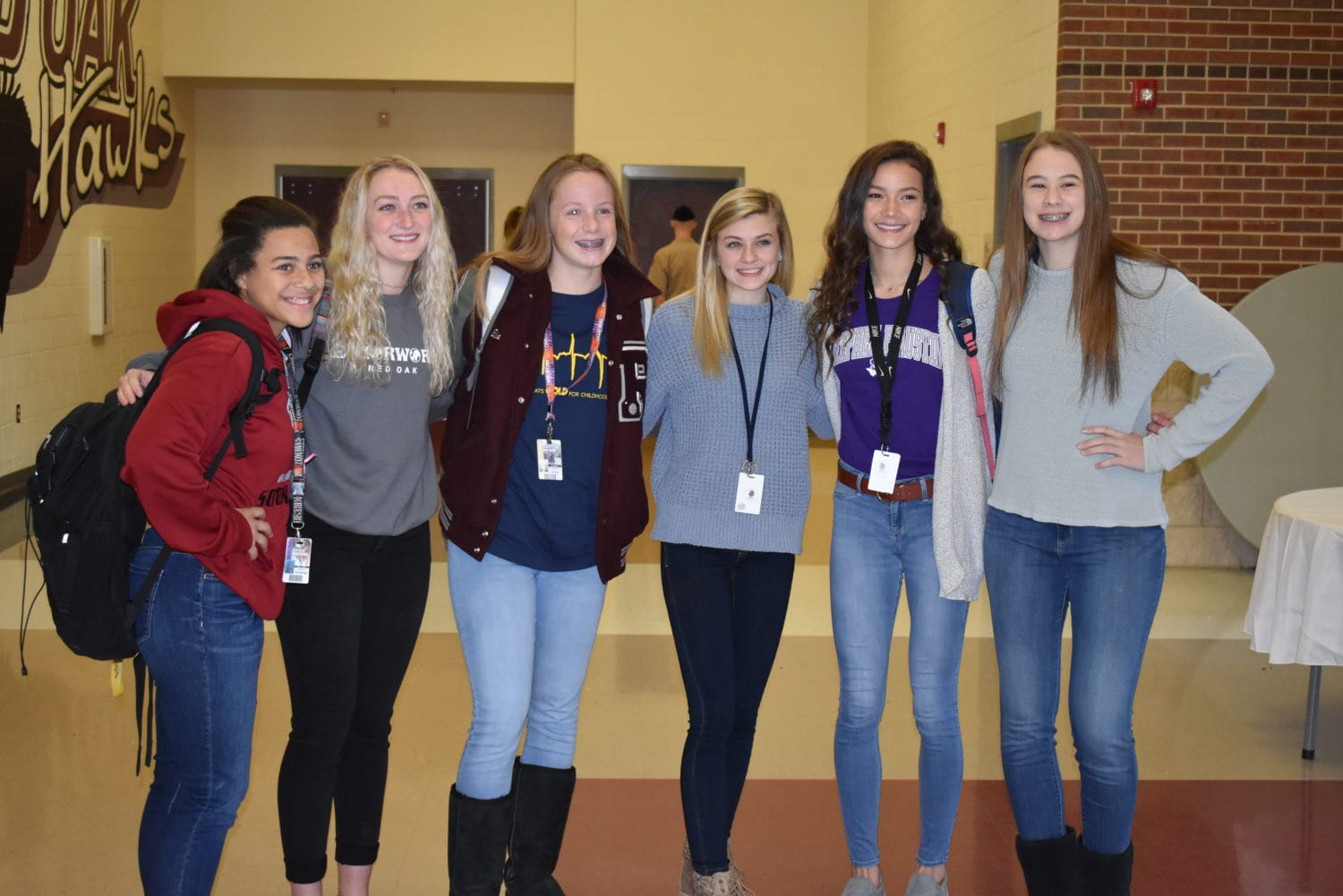