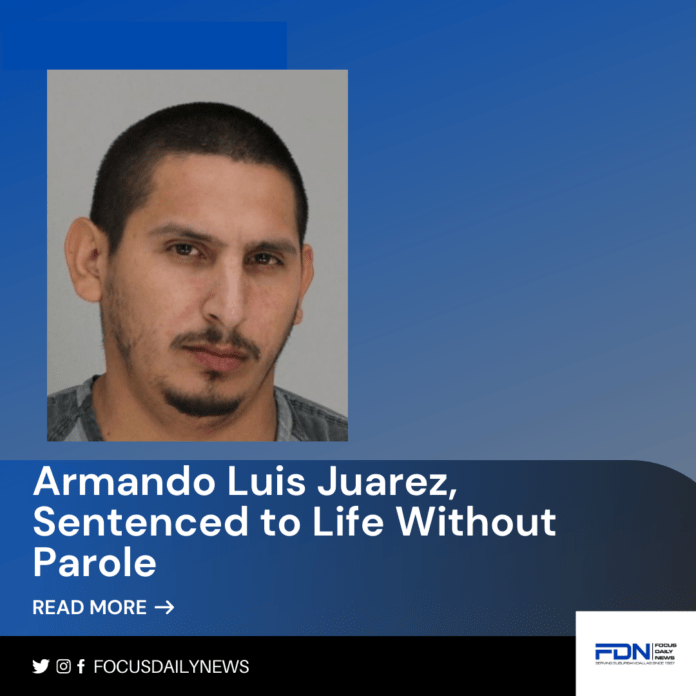 After a high-speed chase, in an attempt to escape arrest, he shot at Dallas Police Department Officers Delgado and Vasquez prior to being apprehended by the Dallas Police
Department. A Dallas County Grand Jury indicted Armando Luis Juarez for the Capital Murder of Officer Santander as well as for all the other crimes committed.

The psychologist also diagnosed him with intellectual disability.

The Supreme Court of the United States has ruled that the State cannot execute a person who is intellectually disabled, as it violates the United States Constitution. Therefore, Mr. Juarez is legally ineligible for a death sentence.

As a result of the evaluations, and after meetings with all interested parties, the Dallas County Criminal District Attorney’s Office offered a sentence of life without the possibility of parole to Mr. Juarez in exchange for his admission of guilt and his waiver of all appeals. In addition, Mr. Juarez was to receive the maximum possible sentences for his crimes against Officers Almeida, Delgado, Vasquez, and Scott Painter.

Mr. Juarez accepted the offer and was sentenced to life without the possibility of parole for the death of Officer Santander. In addition, he was sentenced to the maximum punishment of life for shooting Officer Almeida, and a maximum of twenty years for shooting Scott Painter. Mr. Juarez was further sentenced to two life sentences, which were ordered to run consecutively with the other cases, for shooting at Officers Delgado and Vasquez
during the high-speed chase. With the combination of these sentences, he will remain in jail for the rest of his life.