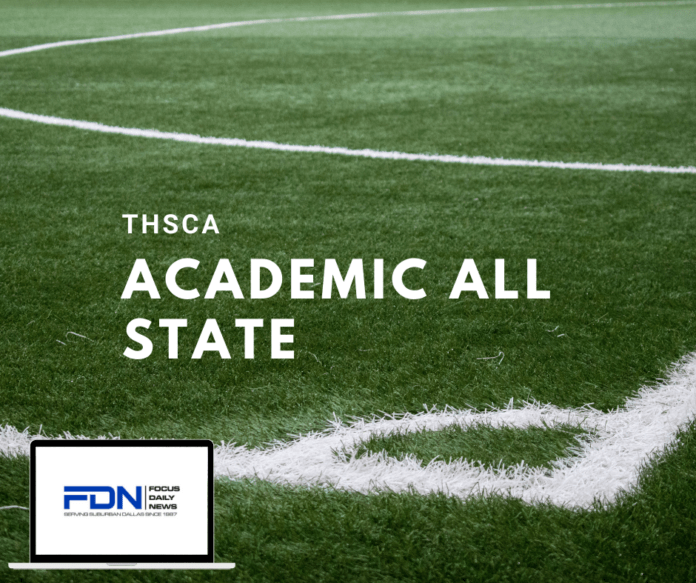 A coach once said to me that it would be hard for a player to find much playing time if they only knew 60% of the playbook.

Only knowing three of five plays leaves the opportunity for failure on the other two. In life, that would be a chance for much less success 40% of the time.

In other words, a smart athlete is often a good athlete. And there are a lot of smart athletes in the FDN coverage area, as evidenced by the selections on this year’s Texas High School Coaches Association Academic All-State selections.

In all, nearly 150 athletes were honored in the fall accolades, which included cross country, volleyball and football. Duncanville and Midlothian led the way, each with 25 honors.

Duncanville was the only area school to receive honors in all three sports, with 10 each in cross country and volleyball and five in football.

To be nominated for Academic All-State, a student must be:

*An athlete, student trainer or manager in good standing with the team.
*Of good moral character.
*A senior.
*Have an overall grade point average of 92 or above (including courses from grades 9-11 and courses completed from grade 12). Weighted GPAs are accepted.

Here are this year’s honorees and the status they received from the THSCA. Elite team is the highest honor possible: