Home Entertainment All The Way With LBJ Onstage At Wyly Theatre

Dallas Theater Center brings a Texas-sized production of the Tony Award®-winning play, All the Way, to the Wyly Theatre March 3. The co-production with the Alley Theatre will be directed by DTC Artistic Director Kevin Moriarty and feature members from both companies.

“The Alley Theatre is one of the great, historic theaters in the state of Texas, whose work I have long admired. Their commitment to a resident acting company is unique in the American theatre and served as an inspiration to me when we created our own acting company at Dallas Theater Center in 2008,” said Moriarty. “All the Way is the perfect opportunity to bring these two great Texas theaters together to collaborate on an award-winning historical epic about Lyndon Johnson, Texas’ leading political figure of the 20th century. This play not only allows our companies to inspire each other, but also allows us to tell a thrilling, high impact story that, though it is history, feels as fresh and relevant as if it were ripped off the headlines today.”

Written by Pulitzer Prize-winning playwright and Texas native Robert Schenkkan, All the Way is a suspenseful new play about one of the most powerful Texans, Lyndon B. Johnson, from the moment of his accidental presidency in 1963 to his hard-won landslide election a year later. Performed in both Houston and Dallas, Robert Schenkkan’s masterful script paints a gripping portrayal of LBJ, civil rights hero, ruthless bully, and perhaps one of our greatest legislative presidents. With a title harkening back to the slogan for his 1964 campaign, All the Way is a searing and enthralling dramatization that explores political gridlock, strong-arm manipulation, and the morality of politics and power. The Houston Chronicle called the play “a fascinating portrait of one of the most colorful and complex figures in U.S. history.”

Children 11 and under are FREE when accompanied by adult family member. Seniors over 65 or current military members (with valid military ID) receive $5 off all gate prices. Dogs are allowed in on a short leash with a $1 requested donation to animal rescue groups supported by the festival. Leprechauns (in full ceremonial dress and carrying pot of gold) are FREE. 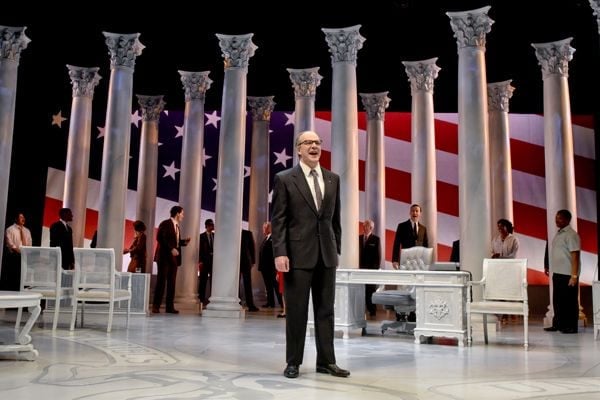