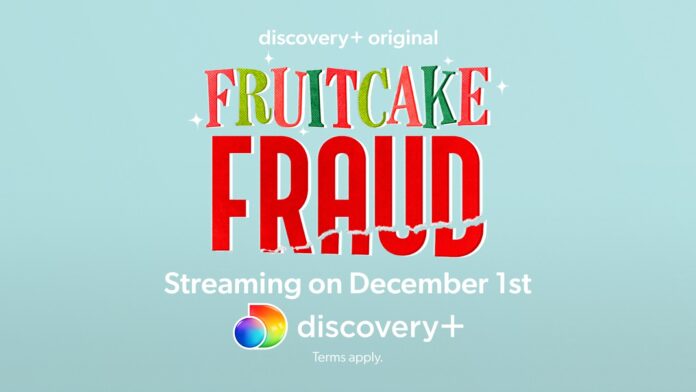 Whether you love it or hate it, there is no denying that fruitcake is the baked good fixture of the holiday season. This rings especially true for the folks at Corsicana, Texas’ Collin Street Bakery who have spent the past 125 years as the leaders in all things fruitcake.

Just down the road from DFW, Collin Street Bakery is recognized as one of the world’s largest fruitcake distributors. In fact, over the past century Collin Street Bakery has built up a thirty-million-dollar-a-year empire, with 10,000 to 20,000 cakes ordered a day during the holiday season. They’re world renowned, with fruitcakes shipped to nearly 190 countries around the world. And if you’ve ever had one of their famous fruitcakes, you know these are too delicious to be used as a doorstop or re-gifted.

After countless years of record fruitcake sales and national acclaim, the team at Collin Street Bakery is shocked when profits don’t appear to be growing along with the number of Christmastime orders for the world-class cakes. Determined to get to the bottom of this puzzling deficit, a newly hired accountant discovers a bit more than anyone bargained for when she stumbles across a multimillion-dollar scheme by one of the bakery’s own that had not only robbed the company of millions, but had netted its mastermind a fabulous fortune of homes, Rolex watches, designer clothes, jewelry and luxury travel for almost a decade. Suddenly, Collin Street Bakery and the town of Corsicana find themselves in the middle of a bewildering criminal embezzlement case that seems just too crazy to be true.

How was it possible for one man to embezzle millions for almost a decade without anyone having the faintest clue?

Featuring a cast of colorful characters and a story much nuttier than one of Collin Street Bakery’s fruitcakes, FRUITCAKE FRAUD dives deep into the baffling case that left the FBI, the U.S. Attorney’s office, and the good people of Corsicana scratching their heads in amazement. How was it possible for one man to embezzle millions for almost a decade without anyone having the faintest clue – especially in a small, tight knit community where everyone knows everyone’s business? Over the course of the 90-minute special, clues, luxury goods, stolen money, witness and investigator accounts, and local Corsicana gossip are pieced together to reveal a delectably twisted tale of greed and conspiracy… topped off with just a bit of sugar and small town flair.

“FRUITCAKE FRAUD is not just about one of the most unexpected fraud cases to ever cross the desks of the FBI and the U.S. Attorney’s office – it’s a testament to the folks at Collin Street Bakery that even after this massive fraud, they are still standing and brightening everyone’s holiday season with their iconic fruitcakes. If that doesn’t get you into the holiday spirit, I don’t know what will!,” said Jason Sarlanis, President of Crime and Investigative Content. “We are so grateful to the wonderful people of Collin Street Bakery and the community of Corsicana who opened their doors to us and helped us shed light on this baffling case. Whether you like fruit cake or not – you’ll definitely enjoy this unbelievable true crime story.”

discovery+ is the definitive non-fiction, real life subscription streaming service. discovery+ features a landmark partnership with Verizon that gives their customers with select plans up to 12 months of discovery+ on Verizon. discovery+ has the largest-ever content offering of any new streaming service at launch, featuring a wide range of exclusive, original series across popular, passion verticals in which Discovery brands have a strong leadership position, including lifestyle and relationships; home and food; true crime; paranormal; adventure and natural history; as well as science, tech and the environment, and a slate of high-quality documentaries. For more, visit discoveryplus.com or find it on a variety of platforms and devices, including ones from Amazon, Apple, Google, Microsoft, Roku and Samsung.