35 Years At CHISD For Beth Gressett

When she started with the District in 1985, Cedar Hill had one grocery store, one pharmacy and one post office. W.S. Permenter (the namesake of Permenter Middle School) was the CHISD Superintendent.

Gressett, the CHISD Child Nutrition Administrative Secretary, was honored that CHISD
Superintendent Dr. Gerald Hudson and CHISD Assistant Superintendent of Human Resources Dr. Violet Dean went out of their way to present her service pin, in a way that adhered to safety and social distancing.

“It was nice to be realized and acknowledged for the effort and time I’ve put in for the District,” said Gressett, who said she could very well reach 40 years of service with CHISD.

“It was an honor to recognize these employees who have achieved the gold standard of
Longhorn longevity,” Hudson said. “We stand in awe, not only of their length of service, but the quality of it.”

Gressett moved to Cedar Hill in 1985 shortly after graduating from high school in Denton
County. She started as a cashier in the Plummer Elementary cafeteria that year and was
promoted to manager in 1987.

Gressett worked at Bray and Waterford Oaks elementary campuses as well as Beltline and Joe Wilson intermediate campuses. She became the Child Nutrition Administrative Secretary in 2003 – a position she has held for the past 17 years. Both of her children graduated from Cedar Hill High School.

“I really enjoy my job,” Gressett said. “We help families who need it, and we are able to feed the families.”

Shelly Williamson, “Plummer Is My family”

Williamson began her career with CHISD in 1990. She had graduated from Springfield College in Massachusetts that year and moved to Dallas County where her parents were living at the time.

She applied in the District as a Physical Education teacher and didn’t know if she would teach at High Pointe or Plummer.

Earlier this spring, Williamson – in response to the COVID-19 Pandemic – started “Workout
Wednesday” – to present scholars with complimentary workout equipment such as jump ropes, so scholars could stay physically fit, while remaining socially distant.

She was recognized with a cover story in the Longhorn Insider magazine for her efforts.
Williamson said one of the highlights of her CHISD career has been coaching Special
Olympics.

“I have stayed in education for 30 years simply because I really enjoy what I do,” Williamson said. “Plummer is my family, and I will always be a Plummer Longhorn. It seems like yesterday that I was hired by Doris Wortham to teach PE at Plummer.”

“There Are No Shortcuts To Anywhere Worth Going”

Megill, like Williamson, started at CHISD in 1990, when Dr. Albert Thomas was the CHISD
Superintendent. They both plan to continue at CHISD for several more years.

Megill grew up in the Best Southwest region, and his quote on the CHHS Website is fitting –
“there are no shortcuts to anywhere worth going.”

When Megill arrived at CHHS 30 years ago, he was the lone employee in athletic training.
There’s now a staff of four.

“During my first year at Cedar Hill, I asked for a commitment to athletic training,” Megill said. “The athletic directors have always done their best to be supportive, and to put kids first.”

Megill also grew the Student Athletic Trainer program from one or two scholars when he arrived to an average of 20 per year. Many of these scholars went into athletic training as a profession, while for others, it opened their eyes to various medical professions.

“We have had so many scholars from the Student Athletic Trainer program enter different allied health care professions,” Megill said.

He said that faith played a role in his longevity at Cedar Hill.

“Whenever opportunities would arise, I would pray about those things and ask about my calling,” Megill said. “It always came back to God saying ‘Cedar Hill is where you need to be Marc’. I am still working with kids and still enjoying it.” 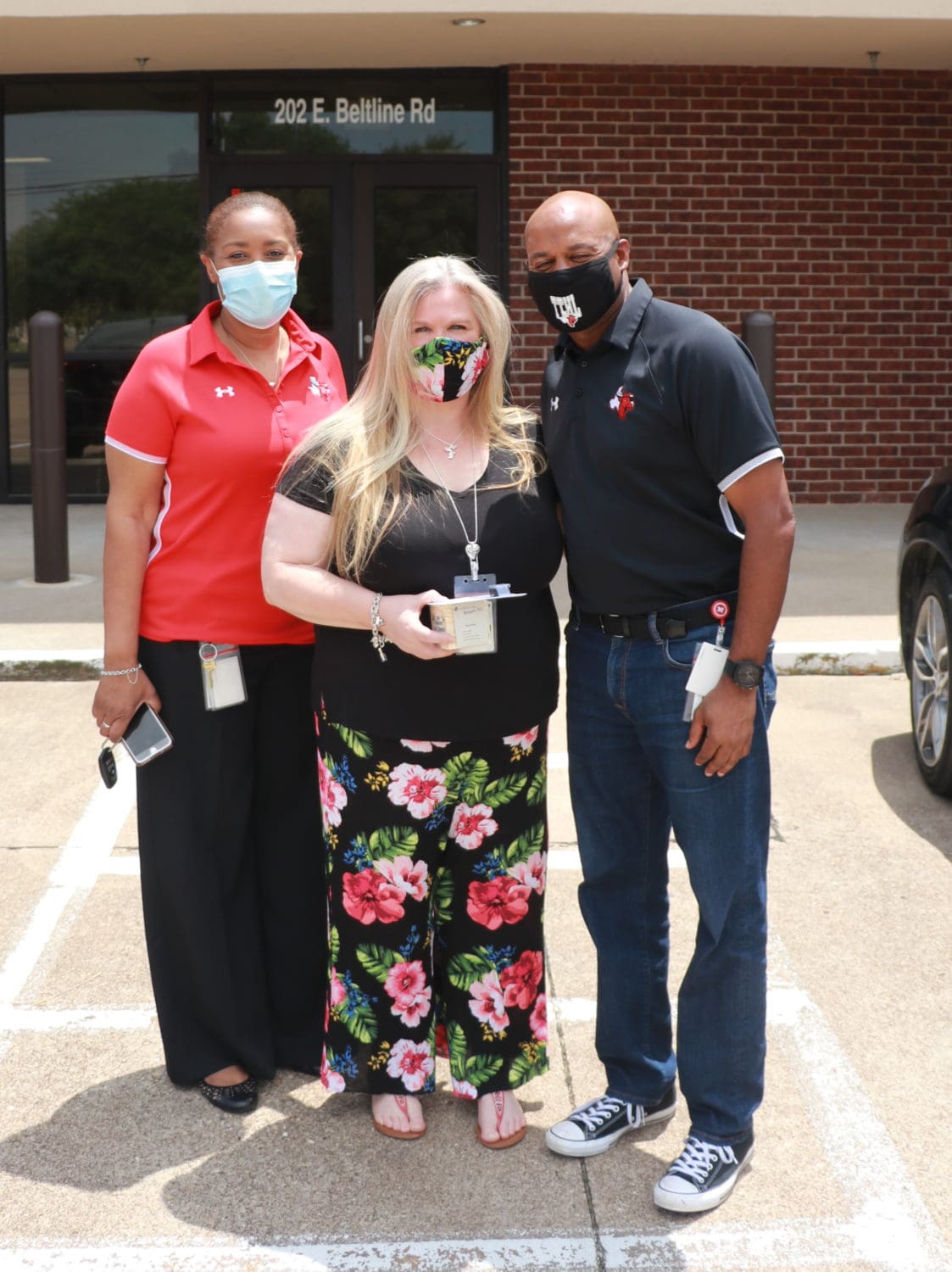