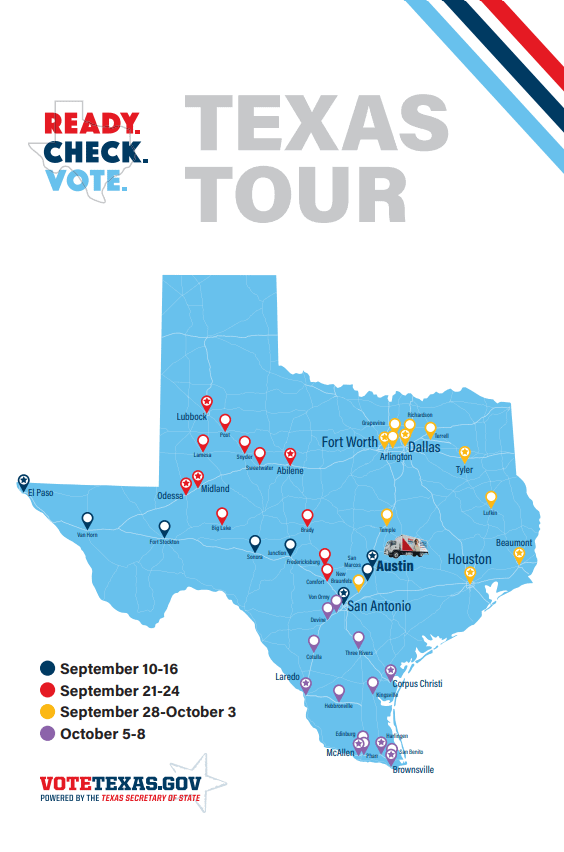 AUSTIN – Texas Secretary of State Ruth R. Hughs today announced a new statewide grassroots tour as part of the “Ready. Check. Vote.” initiative to safely educate Texas voters about what they need to bring to the polls when they cast their ballot. The contactless tour will utilize a 16-foot box truck that is wrapped in attention-grabbing messaging in both English and Spanish that will generate awareness and direct voters to VoteTexas.gov, the State of Texas’ official election website. There, Texans will find the seven approved forms of photo identification and what to do if they do not possess and cannot reasonably obtain one of these seven forms.

“Although COVID-19 may have changed how we approach outreach, it has not changed our commitment to ensuring that Texas voters are informed, prepared, and ready to cast their ballot,” said Secretary Hughs. “This contactless grassroots tour will help educate Texas voters on the approved forms of photo ID and ensure that Texans are able to make their voices heard this November.” 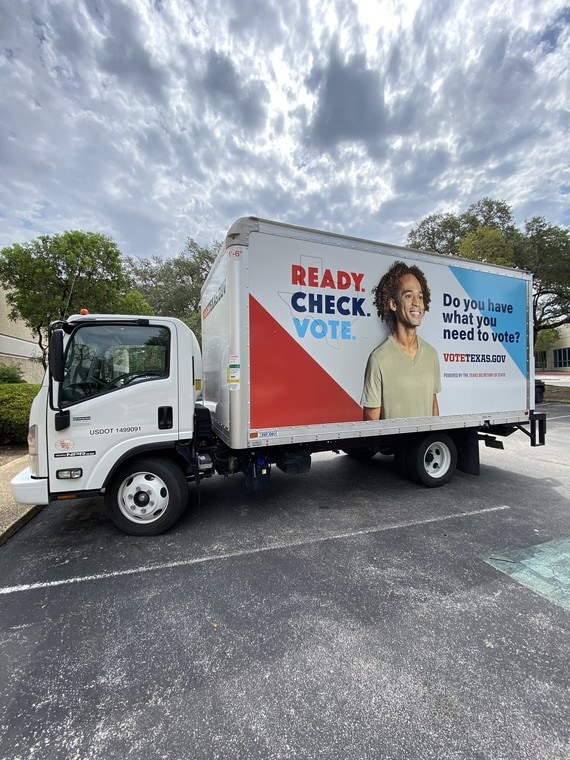 Texas voters who possess one of the seven approved forms of photo ID must present that ID at the polls. Voters who do not possess and cannot reasonably obtain one of the seven forms of approved photo ID may execute a Reasonable Impediment Declaration form, available to them at each polling location, and provide a supporting form of identification. In addition, some voters may qualify for an exemption to presenting an acceptable form of photo identification or following the Reasonable Impediment Declaration procedure. 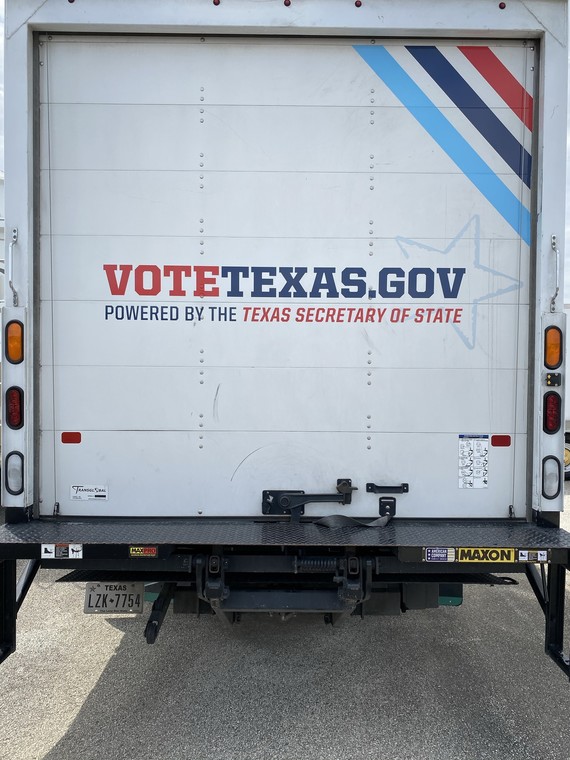 The seven forms of approved photo ID are:

With the exception of the U.S. Citizenship Certificate, which does not expire, the approved photo ID must be current or, for voters aged 18-69, have expired no more than four years before being presented for voter qualification at the polling place. A voter 70 years of age or older may use a form of approved photo ID listed above that has expired for any length of time if the identification is otherwise valid.

If a voter does not possess one of the forms of approved photo identification listed above, and the voter cannot reasonably obtain such identification, the voter may fill out a Reasonable Impediment Declaration form, which will be available at each polling location, and present a copy or original of one of the following supporting forms of identification:

If a voter meets these requirements and is otherwise eligible to vote, the voter will be able to cast a regular ballot in the election.

Voters with questions about how to cast a ballot in the upcoming November 2020 General Election can call 1-800-252-VOTE or visit VoteTexas.gov for more information.