EDITOR’S NOTE: Starting in March 2017, DeSoto residents DeSoto residents Diana D’Amari and Darrel Johnson got the rare opportunity to sit down with the 2011 Leonardo Di Vinci Award recipient and local scientist Dario Crosetto. Crosetto has developed a medical imaging technology that is hundreds of times more efficient at identifying cancerous cells than anything currently on the market.

On Wednesdays over several weeks a few of their questions on his groundbreaking invention were shared. During that time, Crosetto has garnered international attention. He has been tapped by several civic groups to present his invention and its innovative uses. Even publications in Italy have taken up his cause and are too publishing periodical updates on the 3D-CBS technology and his endeavor to circumvent agencies seeking to quash his ideas.

At the same time local readers have began to submit questions to Crosetto for further review. If you would like more information on this potentially lifesaving technology send your questions to crosetto@att.net. And Focus Daily News will continue to post these queries online in the hopes of spreading greater understanding of an endeavor that could change the tide of the war on cancer forever.

CONCERNED CITIZEN: What is the purpose of organizations like CERN in Switzerland, the Superconducting Super Collider and Fermilab in the U.S.? How much are U.S. taxpayers paying for the European CERN project?

CROSETTO: The typical return benefits from the research at CERN, FERMILAB, or even the SUPERCONDUCTING SUPER COLLIDER in Texas, is anywhere from 35 to 40 years.

This is short compared to projects like the cathedral that I visited in Strasbourg, France, when I went there for the 2016 Nuclear Science Symposium and Medical Imaging Conference. Construction for that began in 1176 and was completed in 1439, six generations later.

It may be difficult to grasp how the great advancement of our understanding of matter is changing in our everyday life. Understanding the small parts of matter allows us to build faster computers, cell phones, instrumentation, and to build larger memories of smaller size that consume less.

It will allow more powerful processors to be built that will fit into a smart phone, consuming less battery power making it last a week. Making it possible to place in a watch the power of a computer; that two decades ago occupied an entire room. Also, it will allow satellites to be built that improve communication, making it cheaper to connect with friends worldwide in the palm of a hand.

The World Wide Web was invented at CERN from a need to look at pictures of collisions between particles smashed in CERN accelerators and recorded by expensive detectors. There was a need to look at these pictures from universities located in different parts of the world.

The Large Hadron Collider (LHC) is the world’s largest and most powerful particle accelerator. The LHC is the largest machine in the world. It took thousands of scientists, engineers and technicians 1985-2015 to plan and build.

The Large Hadron Collider (LHC) can provide great advancement of our understanding of matter. However it cannot confirm every aspect nor explore other key questions about the Universe. To find out more about dark matter, the matter/antimatter asymmetry, or the origin of neutrino masses, it would require colliders (particle accelerators) about ten times more powerful.

The LHC project helps to develop technologies that can be used in different instrumentation in different applications including medical applications to improve our health. For example, electronic boards 14 cm x 34 cm with 2,211 components, having 68 x 3D-Flow processors that I built in 2003, shown in week 2 of this series of articles “Innovation Wednesdays”. Ten years later it could be shrunk to one integrated circuit 35 mm x 35 mm, with 64 x 3D-Flow processors, 13 times faster, consuming less than 10% the power and costing less than 1/200th of the original cost ($1 per processor).

A Future Circular Collider (FCC), 100 km long (compared to the 27 km LHC) 100 TeV (compared to 13 TeV of the LHC) which is the next project being studied. A report should be available at the end of 2018). The FCC could open a window for exploring the unknown 95% of the Universe: What is dark matter which accounts for approximately 25% of the visible universe? What is dark energy? What is the origin of mass? Will we discover evidence of supersymmetry? Why is there far more matter than antimatter in the universe? Are there other fundamental interactions?

The United States, although is not a CERN member state because is not part of Europe, has a significant Influence. America is represented by over 2,000 physicists from 96 U.S. universities and contributes hundreds of millions of dollars in salaries alone. Not to mention plus hundreds of millions per year in material through grants assigned by the Office of High Energy Physics of the U.S. Department of Energy (DOE) and National Science Foundation.

The Deputy spokesperson of the ATLAS collaboration is Andrew Lankford whose home base is Irvine University in California. Lankford is also the Chairperson of the HEPAP (High Energy Physics Advisory Panel), who was charged in 2013 by DOE and NSF to develop an updated strategic plan for the U.S. High Energy Physics (HEP) that can be executed over a 10-year timescale, in the context of a 20-year global vision for the field.

CERN is famous because it has more scientists working on the most expensive experiment in the history of the planet. The FCC committee has not yet decided where to build the future 100 km accelerator. The future FCC might be in Europe or in the U.S.

Moreover, that research center will become more famous than CERN if it is not built by CERN scientists. But what matters in this field is the ethics among professional scientists who should assure transparency in science making sure that taxpayer money is not wasted by influential scientists with an agenda of personal interests.

Butler and Lankford were appointed on February 2, 2017, by CERN Director Fabiola Gianotti to organize a discussion/review of my inventions at CERN. Partly this was due to their prior knowledge of my invention, which they endorsed and recommended for funding in 1993  and 1995 when we all worked on projects at the Superconducting Super Collider.

They still today cannot provide the references to any approach/project more performant and more cost-effective than my new 3D-Flow OPRA invention. My invention when targeted to the most cost-effective technology is proven feasible by 59 quotes from reputable industries to replace 4,000 electronic data processing boards at one thousandth the cost. 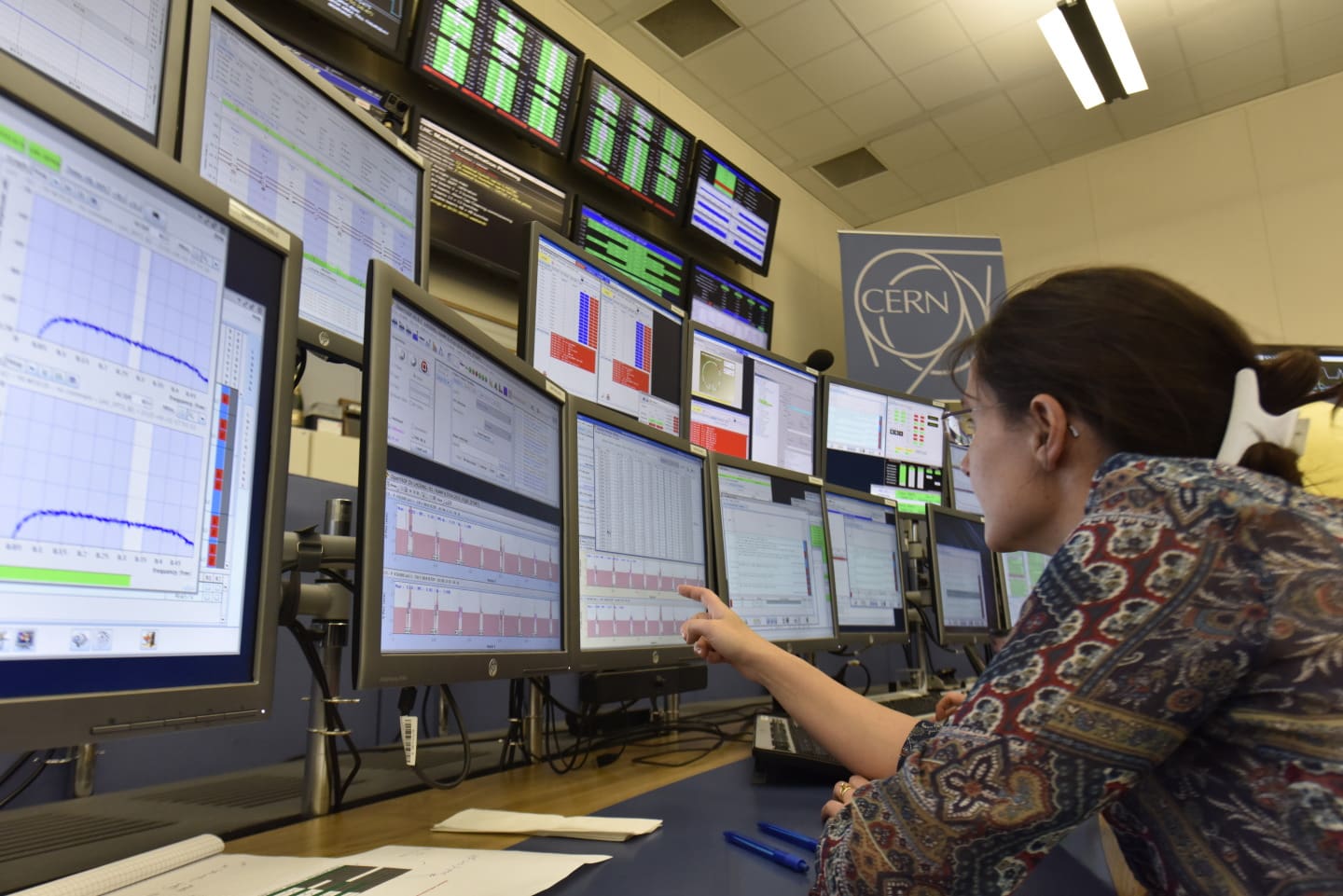 Calling All LEGO Fans The Art Of The Brick Perot Museum

Lancaster Senior Hopes To Change The World Through Engineering