“The 21st Century Cures Act is a step forward for biomedical research and will spur innovation to discover new treatments and cures,” said Congresswoman Johnson. “I am so proud to see much of the framework of the Helping Families in Mental Health Crisis Act enacted into law today. As we finally address the opioid crisis that has overtaken many of our communities, I am hopeful that the funding for treatment and resources available through the 21st Century Cures Act will be sufficient.”

Johnson, a former registered nurse, touted the support of health advocates who encouraged her to continue fighting.

“I am honored to see this group of colleagues from both sides of the aisle come together on the issues of biomedical research, innovation, mental health reform, and opioid abuse treatment. Because of our efforts and the support of advocates across the country, we were able to pass legislation that will benefit millions of people in our nation. This is a pathway to further protect people in our communities who battle mental illness, addiction, chronic disease, and rare diseases. I remain persistent in my commitment to be a voice for those who seek treatment, cures, and solutions.”

Gathering Support On Both Sides Of The Aisle

Last week, Johnson stood alongside a group of elected officials encouraging the passage of the 21st  Century Cures Act.

“Many of us have a family member or know someone that is in need of mental health attention and we cannot ignore this issue,” said Congresswoman Johnson. “Additionally, we can all agree that the homeless remain extremely vulnerable to mental illness. However, by ignoring the homeless and their mental healthcare needs, they continue to fill our jails and prisons instead of receiving the proper treatment they so desperately need. I strongly believe that we will finally address these areas of unmet medical needs, which are often the most pervasive issues in our health system” 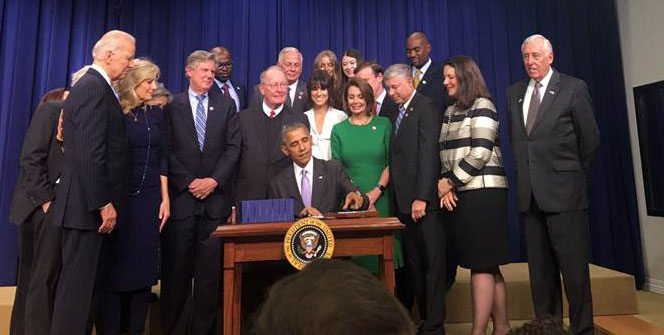