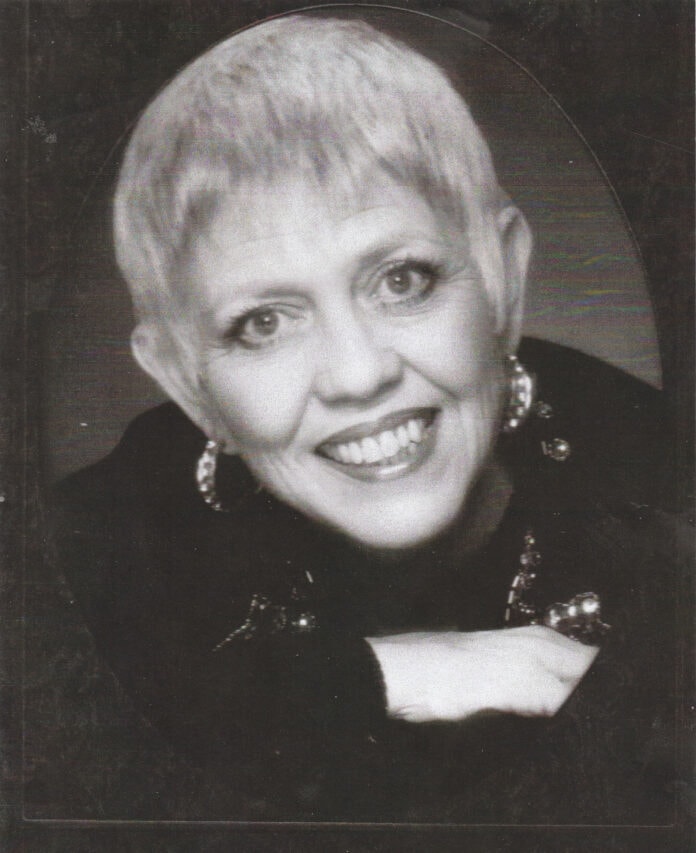 One of my longtime heroes, jazz pianist extraordinaire Phyllis Emert, died at her home in Rockport Oct. 27. Not from Covid-19 like so many in this plague-ridden year of 2020, but from a stroke she suffered last March. The stroke that stripped Phyllis of her ability to play the piano, an instrument that had been her closest companion since childhood, eventually took her life.

Because of all the restrictions in place during this Covid-19 era, her family and friends from across the country weren’t able to attend a service or finalize an obituary for someone we all admired and loved. As one of her biggest fans, I took it upon myself (with the blessing of her sister Karen) to gather information for a Tribute to Phyllis Emert, celebrating her life and career. Blessed with a unique talent from an early age, Phyllis also possessed a kind and gracious spirit that drew people to her.

Her sister, Karen Mansfield Shaw, provided the following basic information. Phyllis Elaine Mansfield Emert Rogers Hollingsworth was born July 17, 1938 to the late Ken and Geraldine (Gerry) Mansfield of Oak Cliff. The Mansfield family was well known in Oak Cliff, and were active members of Cliff Temple Baptist Church. Phyllis died Oct. 27, 2020 in Rockport, TX. Her husband, Tim Hollingsworth of Rockport, was by her side. After moving to Rockport, Phyllis enjoyed her semi-retirement, playing regularly for local church services.

Phyllis Mansfield attended Leila P. Cowart Elementary School, Winnetka Elementary School, and W. P. Greiner Junior High, before graduating from Sunset High School in 1956. She then attended the University of North Texas in Denton, where she majored in music and performed with their legendary Lab Band.

A musical prodigy, Phyllis started taking formal piano lessons when she was three years old. She progressed to jazz by the age of 14. In 1957, Phyllis became the first woman invited to perform with the North Texas State University Lab Band. After marrying Pat Emert, Phyllis put her career on hold while raising her two sons.

From album liner notes written by Steve Klinkerman, staff writer for the Dallas Times Herald, for her second album: “The late ‘60s found Phyllis divorced and determined to provide a stable environment for her children. Avoiding career opportunities that would entail extensive travel, Phyllis established herself as Dallas’ premier accompanist during the ‘70s.” 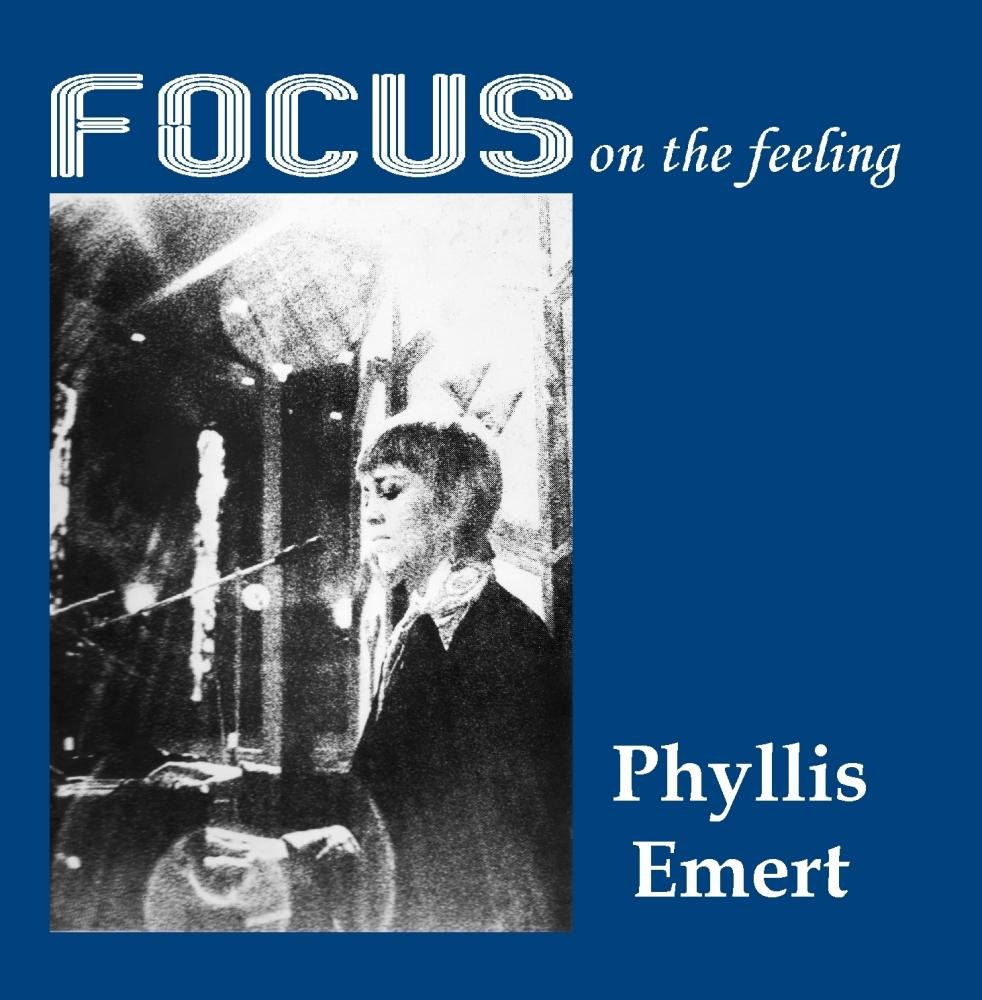 Phyllis said, “I try to hang the music together so that it feels smooth, comfortable and pleasant. Part of my function is to soothe, to heal, to impart a peaceful experience — that’s just as important as anything. Comping is my long suit… it’s always been a big part of my effort to harmonize the music, musicians and the audience. The one drawback is that it limits my expression to a singer’s or soloist’s concept…. I kept a lid on my creativity or even denied it….Now I am going for more freedom. My children are grown and I have set my feet on the path of discovery.”

Don Gililland, a virtuoso jazz guitarist from Oak Cliff, said, “My friendship with Phyllis spanned more than six decades, beginning when we attended the not-so-friendly neighboring high schools of Sunset and Adamson. I didn’t remain in contact with her during each of those years, but every experience I had—especially those on the bandstand—was a treasured one.”

“It started on the stages of local movie theaters, playing some totally forgettable rock and roll shows and wishing we could be performing the jazz we loved in venues we weren’t yet old enough to enter. My admiration for her musical genius began there and never waned. I considered it an honor whenever I was invited to be the fourth member of the Phyllis Emert Trio. I was also flattered to scribble a few notes for the group’s initial album, “My First Child,” a few years back.”

“Away from the piano—as if you could separate the two—there was another ‘Sister Phyllis’ many of us fondly remember. She was indeed the big sister to most everyone else around her. It was almost as if she never had problems of her own but was always around to help others solve theirs. That, to me, was a commodity every bit as rare as her immense musical talent. Hers will be a tough act to follow.”

In the 1970s and early 1980s, “Sister Phyllis” accompanied popular vocalist Sammie Florencio “Sammy ‘Jay’” Jaramillo at Mickey Bickers Suite 113 Club on Lovers Lane. Bickers says he designed the nightclub around clubs like the Riviera where he worked in Vegas. After seeing talented entertainer Sammy Jay perform in Hot Springs, he brought him to Dallas to open the new club. Sammy Jay and “Sister Phyllis,” as he called her, drew large crowds of music lovers to Suite 113 in its heyday.

Celebrated Dallas jazz vocalist Trella Hart said, “Phyllis and I started working together in the ‘70s. From the very first it was something VERY special. She was a wonderful player, a great accompanist, and she had a beautiful touch. She was so easy to work with and depend on. We were true friends, on and off the bandstand. I miss her so much.”

Phyllis Emert performed at numerous Dallas clubs and festival events during the 1960s and 1970s. With her husband and bass player Allan Rogers, Phyllis formed the Phyllis Emert Trio, which quickly became a sought-after jazz group. The Phyllis Emert Trio released their debut album, “My First Child,” in 1975, with liner notes written by an old friend, Don Gililland. Here are some excerpts:

“While Phyllis Emert’s classmates at Dallas’ Sunset High School were getting off on Fats Domino, her head was in Hampton Hawes and Oscar Peterson. When the budding combos of the day would struggle through their latest Top-40 record copy, the little girl with the big blue eyes, bobby sox and bangs would befuddle the talent show judges with a faultless Lullaby of Birdland or Opus Defunk. Phyllis was not your typical teenager, no more than she is today’s typical jazz pianist.” 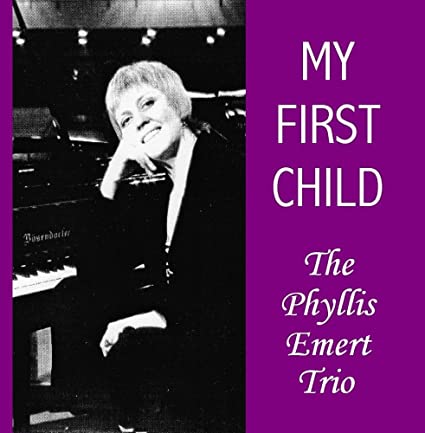 “Those early influences, which produced a funky, straight-ahead style have fused with a unique sensitivity and creative spark, and the result is something special – “My First Child,” by the Phyllis Emert Trio. The title is twofold, alluding to the group’s initial album together, as well as one of the cuts, a hauntingly beautiful ballad which was Phyllis’ first composition. The selections are varied and showcase not only the leader, but an outstanding supporting cast as well. Listeners who miss the no-nonsense 4/4 approach many jazz groups have abandoned of late should enjoy Slow Boat to China and Bernie’s Tune. An exciting treatment of Gino Vanelli’s Jack Miraculous returns to the present . . . and then some.”

Popular musician, band leader, and drummer Jack Allday often worked with Phyllis Emert and her husband/bassist Allan Rogers. They played with Tommy Loy for a number of years. They also performed together at jazz festivals in Reno, Sacramento, the Quad Cities, Hot Springs, Medford (Oregon), and Redding CA.

Allday, who is now Athletic Director at UNT Dallas, said, “The musicians all loved Phyllis, and would always call her ‘one of the guys.’  She considered that high praise. Phyllis told me once that she could read music notes before she could read the written word. She was a natural musician, and anyone who ever played with her loved every minute of it.”

The trio released two jazz music albums, while Phyllis also released three albums of original music, and played on many recording sessions. After years of performing in the Dallas-Fort Worth area, Phyllis and her late husband, bassist Allan Rogers, relocated to Hot Springs AK.

“Focus on the Feeling,” originally released in 1985, is the Phyllis Emert Trio’s second album. From Klinkerman’s liner notes: “Phyllis melds talent, femininity and radical individuality into a joyful, infectious style that enchants and inspires listeners of every persuasion. Working within the classic jazz trio format — piano, upright bass and drums — Phyllis weaves a spell upon her audience. She can make the piano moan and grind in a soulful Texas blues style. She will soar to sublime heights in a graceful ballad, then turn around to sparkle and dance in a lively bossa or swing tune. Through it all, Phyllis and her bassist/husband Allan Rogers keep an air of enticement in their music — it never forces its way. Phyllis is an astonishingly strong and articulate player. Her power and virtuosity have a place, however, and that is in the fluid expression of her emotional depth and poetic vision.”

“I’ve never felt that feats of speed or strength in themselves are enough to offer an audience,” Phyllis says. “I place more emphasis on melodic content, emotional content, humor and a rhythmic feel. One of the most dynamic things you can do is to create a laid-back feeling. Knowing what to leave out and how to create space is as important as anything you can do. Simplicity and quietness are important elements of my music.”

Like many other friends and fans of Phyllis, (which means anyone who ever met her), I will always remember her sweet spirit and the smile that lit up those beautiful blue eyes whenever we met. I’m thankful for the opportunity to know her, love her, and appreciate her music for so many years.

I am also thankful that Phyllis Emert’s music lives on! Her albums are still available on Amazon, and her music still has the power to soothe a troubled mind. Rest in peace, Sister Phyllis!