RED OAK – He was a bodybuilder who thought he would never find himself with the COVID-19 virus.

He doesn’t even know how he got the virus.

That all changed when Cates discovered he had COVID-19.

In a nutshell he spent 24 days in two different hospitals and came out with not only COVID-19 as a diagnosis that almost killed him, but he now must spend the rest of this life with congestive heart failure.

“I knew no one who had COVID-19 before me and I was around no one who had it,” Cates began telling his story as he sat across from me at a local diner in Red Oak. 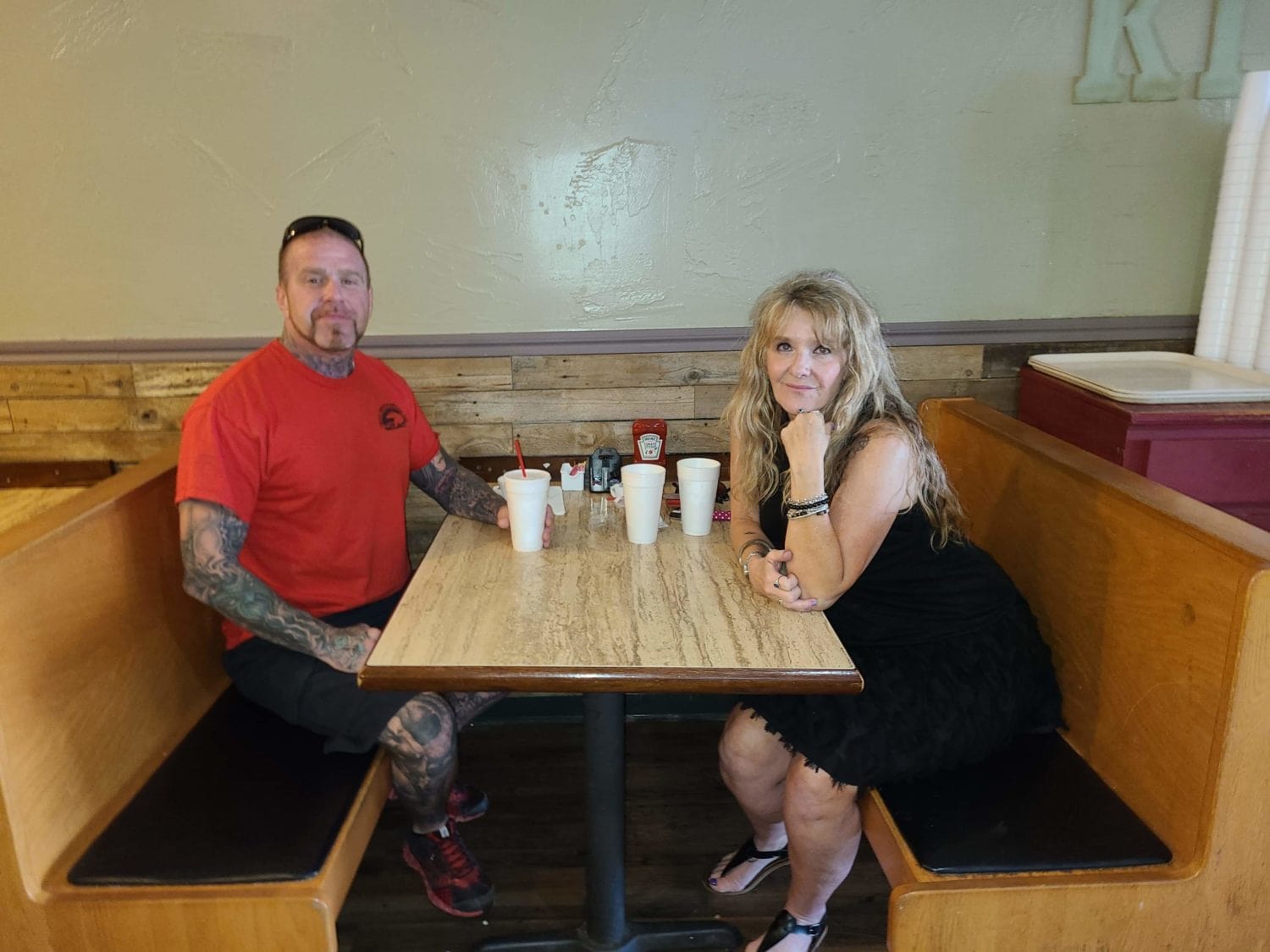 “I was the guy walking around out there who thought I was invincible,” he said. “I didn’t quarantine myself like I should have or adhere to social distancing.”

He originally got sick in December with 104 temperature, but that was pre-COVID-19, so the doctor had no idea what the diagnosis was at that time.

“Someone Was Standing On My Chest”

Fast forward to the end of March when Cates noticed he was having a hard time breathing.

“It felt like someone was standing on my chest, that was around March 29 and I thought this was not a big deal,” he said.

He didn’t let it bother him and he continued with his life.

He went to the gym the following Monday; his breathing was very heavy.

Tuesday, he saw his trainer and at this point he described it “I was breathing really heavy, but we worked through it.”

Finally, at around 4 a.m. that night he went to Mansfield Methodist with chest pains.

He had x-rays taken, but said he was telling the doctors at the hospital there was no way it could be COVID-19.

What the x-rays ended up revealing was congestive heart failure. To be on the safe side the hospital gave him a COVID-19 test since one of the symptoms is heavy breathing.

It was not even 24 hours when he got the call from the CDC – he had been diagnosed with COVID-19.

“My world was turned upside down,” he explained. “I had been around my children and my girlfriend and I was ashamed and guilty. Not only had I exposed myself and got it, but exposed other people.”

Back to Methodist Mansfield he went where he stayed for eight days where he took another COVID-19 test.

Finally he was released to go home.

That did not last long because within eight hours he was back at the hospital unable to breathe.

“They said your heart is in worse condition than we thought, it is less than 20% and that is why you are having trouble breathing,” Cates said.

His doctors told him the congestive heart failure was a result of the COVID-19 and probably his smoking history had something to do with it too.

“The more I have learned about congestive heart failure it is not like arteries clogged or something that can be fixed, it is a disease that deteriorates your heart. So that is what is causing my breathing,” Cates explained.

He still has trouble breathing as he tells me his story. Every few minutes he must stop and take some labored breaths.

But his breathing has gotten much better since he was released from the hospital not only with an oxygen device, but also a $30,000 life vest too and a $100,000 bill.

He mentioned the unusual number of COVID-19 tests he has had to take too.

“The first one was positive, then there was the second one and the third one was to test the second one – you know, the tests are also only 60% accurate. So, the fourth test was to look for antibodies. That was before I even left Mansfield Methodist and then Presbyterian had to test me again.”

Cates said if you have not had a COVID-19 test that can be horrendous as well.

“The test is the swab being stuck up to your brain practically and they turn it five times,” he said in detail also showing me a video of the way it is done.

At Mansfield Methodist they did give him the Hydroxychloroquine and “some other concoction” as he described it.

After Methodist Mansfield he had a colleague who directed him to Presbyterian where she had some contacts.

The goal there was an elective surgery for his heart. That was a no go since during the beginning of the COVID-19 pandemic elective surgeries were not allowed.

Even with the knowledge of having COVID-19 and congestive heart failure, which he said can be a recovery time of up to two years and an extremely strict diet and strong medication, he said the feeling of loneliness in the hospital is what really sticks in his mind.

“I was in isolation for 24 days and it got so bad,” he said. “Every time they came into the room they had to dress out and put booties on and these pants and vest. In fact, it cost $15 of our tax dollars every time they go into the room. It got to the point if they forgot something once, they went out they would just basically just open the door and throw it in there.”

Isolation, Cates said that was as bad as the virus too.

“You see no one. They do not see your face and they call you ahead of time and say we are about to come into the room so mask up and stay on the bed. You feel like you are dying already and then the feeling that they do not want to get near you. It messes with your mind and that was the biggest thing. I finally got out and it was like getting out of jail.”

Since he was in the COVID-19 wing he was not able to receive flowers, since flowers can’t be sanitized. He did receive care packages from his friends. And his former girlfriend organized people to stand outside his hospital window with “get well” signs. She also stayed on the phone with him for many hours since he was all alone in the hospital room.

Several weeks ago, he went to have the elective procedure done and he had a scope done through his wrist. He almost died during the process.

“My heart rate got down to 30 beats a minute,” he explained. “I reacted weird to it. I’d never been in the hospital and this was all new. I told him something was not right and then I heard the voices saying, ‘he is dropping, get nurses.’”

Cates said he know what it feels like to die now.

In fact, he started saying his last words. His body heated up and he could hear the doctors and nurses yelling.

“I was trying to hold my bowels, I was thinking of my kids and I thought this is the end, this is how I am going to go on this table.”

Oh, and one more thing he added “The doctor said they were upping my meds for three to four months and then I am to go back and see how it is going. If it has not significantly changed, they are going to put me on the heart transplant list – at 39 years old.”

After all the trauma he has now been through he said his mission is to educate people.

The doctors told him he only had three to eight years to live.

Whatever the future holds, Lucas Cates said his goal is to not only pass that eight-year mark, but to make sure no one else has to ever tell a story like the story he just told me.