Round two of the playoffs kick off this week with six teams in the area looking to move forward.

The giants of the area are the Duncanville Panthers (11-0) who face off with Flower Mound (8-3) at 3 p.m. Saturday at AT&T Stadium. Coach Reginald Samples has a winning culture and a hungry team that is laser focused on this game. Quarterback Ja”Quinden Jackson and running back Trysten Smith are looking to have another big game.

Coach Chris Gilbert and his Lancaster Tigers (9-2) are looking to bring their high-powered offense to play McKinney North (10-1) at 7 p.m. Friday at Irving’s Joy & Ralph Ellis Stadium. This will not be a walk in the park, but the Tigers are up to the task to slow down McKinney North’s quarterback Dillon Markiewicz, who has passed for more than 3,000 yards and 43 touchdown passes. The key will be Lancaster running back Tre Bradford, who has rushed for more than 1,000 yards, 18 touchdowns and average 10 yards a carry.

The DeSoto Eagles (9-2) are prepared for Southlake Carroll Dragons (11-0) at 4:30 p.m. Friday at AT&T Stadium. This will be the fourth-straight year that these two teams have met in the playoffs. The Dragons have won the past 2 meetings, but DeSoto Coach Claude Mathis is looking to turn that around with quarterback Samari Collier, who has passed for more than 2,500 yards and 32 touchdowns.

Coach Carlos Lynn of Cedar Hill (9-2) has an opportunity to redeem a loss from week two when Longhorns played Denton Guyer (10-1) in a thriller 45-38 game. The game is set for noon Saturday at AT&T Stadium. The Longhorns are riding a nine-game winning streak and are battle tested. Quarterback Kaidon Salter has passed for more than 2,200 yards and 25 touchdowns. Also, watch for his favorite target Quin Bright at receiver in this game.

The Hawks of Red Oak (10-1) are also looking to redeem their only loss of the season against Braswell (9-2) at 6 p.m. Saturday at AT&T Stadium. Red Oak has been on a 10-game winning streak, and Coach Chris Ross has his team ready to play. The three key players to watch are quarterback Joshua Ervin, receiver Coby Cavil and running back C.J. Palmer. They are hard to stop and are ready to put on a show. 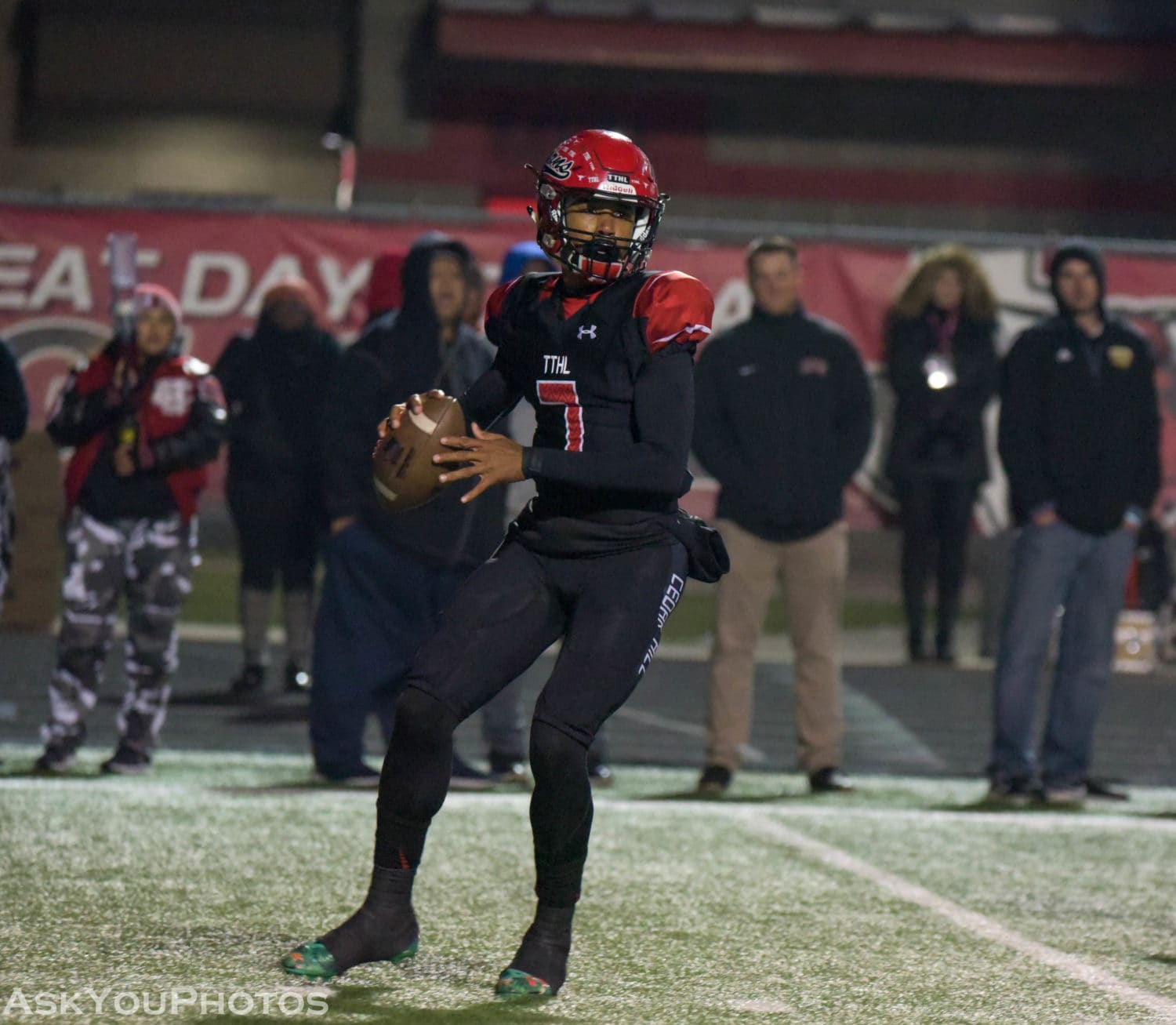