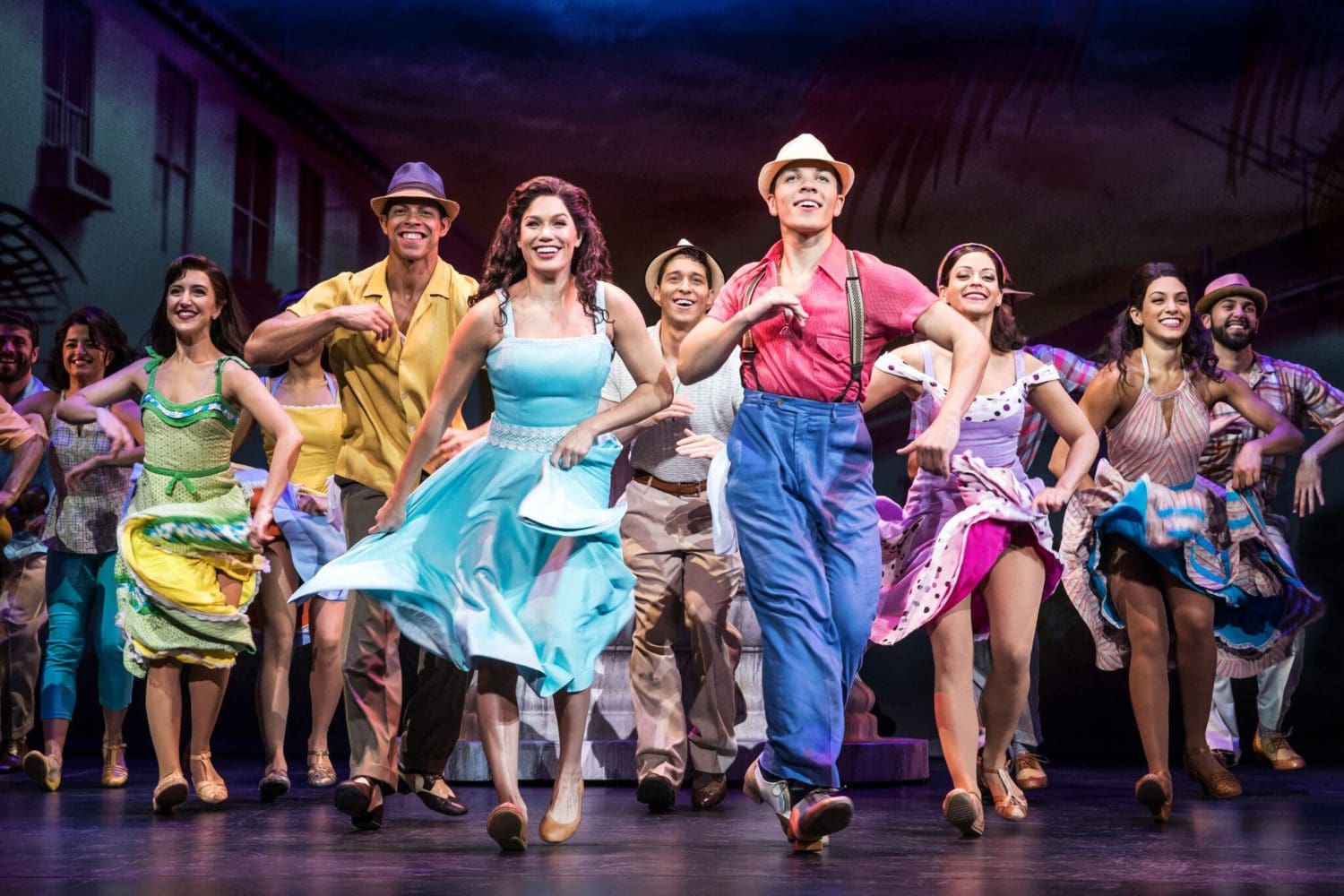 On Your Feet Opens February 27

Dallas theater-goers: Time to get On Your Feet! when Dallas Summer Musicals and Broadway Across America bring the hit Broadway musical to the Music Hall at Fair Park Feb. 27-March 11. Based on the life story of seven-time GRAMMY® winning international superstar Gloria Estefan and her husband, 19-time GRAMMY® winning producer-musician-entrepreneur Emilio Estefan, “On Your Feet!” is directed by two-time Tony Award® winner Jerry Mitchell and choreographed by Tony nominee and Olivier Award winner Sergio Trujillo. The original book is by Academy Award winner Alexander Dinelaris.

Gloria Estefan has sold over 100 million records and sold out stadiums around the world. Emilio and Gloria Estefan together have won 26 GRAMMY Awards®. From the heart of Havana to the streets of Miami, the musical follows the journey of the Estefans to superstardom. Many of their smash hits, including “Rhythm Is Gonna Get You,” “Conga,” “1-2-3,” “Get On Your Feet,” “Mi Tierra,” Don’t Want To Lose You Now,” and “Reach,” in addition to an original song written by Gloria and her daughter Emily Estefan, are featured in the show.

On Your Feet! is produced by James L. Nederlander and Estefan Enterprises, Inc. in partnership with Bernie Yuman. Now celebrating its 100th anniversary, the Nederlander Organization, led by James L. Nederlander, President, continues the tradition of operating historic theatres, as well as producing and presenting the best in theatrical entertainment and concert events. Bernie Yuman, an illustrious figure in the entertainment industry and long-time friend and business associate of the Estefans, serves as Executive Producer.

Single tickets for the Dallas engagement of On Your Feet! start at $20 and are now on sale at DallasSummerMusicals.org or by phone at 1 (800) 745-3000. They can also be purchased in person at the Music Hall at Fair Park Box Office Monday through Friday from 10 a.m. to 6 p.m. and Saturday from 10 a.m. to 4 p.m. Groups of 10 or more get concierge service and may receive a special discount on their tickets. To book a group, please call (214) 426-4768 or email Groups@DallasSummerMusicals.org.

Dallas Summer Musicals 2017-18 season will continue with “Waitress” with music and lyrics by Sara Bareilles, March 28-April 8; the thrilling, spectacular and unforgettable “Les Miserables,” April 24-May 6; Disney’s “The Lion King,” winner of six Tony Awards including Best Musical, June 13-July 8; the spellbinding sequel to The Phantom of the Opera “Love Never Dies: The Phantom Returns,” July 24-August 5; and closing the season will be the hilarious new musical “School of Rock,” based on the hit film, August 15-26.

Single Tickets Now On Sale for Next Three DSM Shows

Single tickets are also available for “Waitress” and “Les Miserables,” while single tickets for all other shows will go on sale at a later date. Visit our website and sign up for DSM eNotes, our free newsletter, to receive exclusive presale access and on sale announcements.

DSM and BAA welcome back two audience favorites as add-ons to the 2018-19 season subscription. The musical “Elf,” based on the film of the same name will return to Dallas just in time for the holiday season. “The Book of Mormon,” winner of nine Tony Awards including Best Musical, will return to Dallas for a one-week engagement.

The winner of six 2017 Tony Awards, including Best Musical, and 2018 Grammy Award® nominee “Dear Evan Hansen” will make its North Texas premiere as part of the Dallas Summer Musicals 2019-20 season.

Dallas Summer Musicals 2018-19 seven-show subscription packages start at just $204 and can be purchased online at DallasSummerMusicals.org or by phone at 1 (866) 276-4884 Monday through Friday, 9 a.m. to 5 .m. Subscriptions can also be purchased in person at the Box Office at the Music Hall at Fair Park Monday through Friday 10 a.m. to 6 p.m. and Saturday 10 a.m. to 4 p.m. A four-installment payment plan is available. Season subscribers receive interest-free payment options, savings over single tickets pricing, ticket exchange privileges, priority access to tickets and free parking.