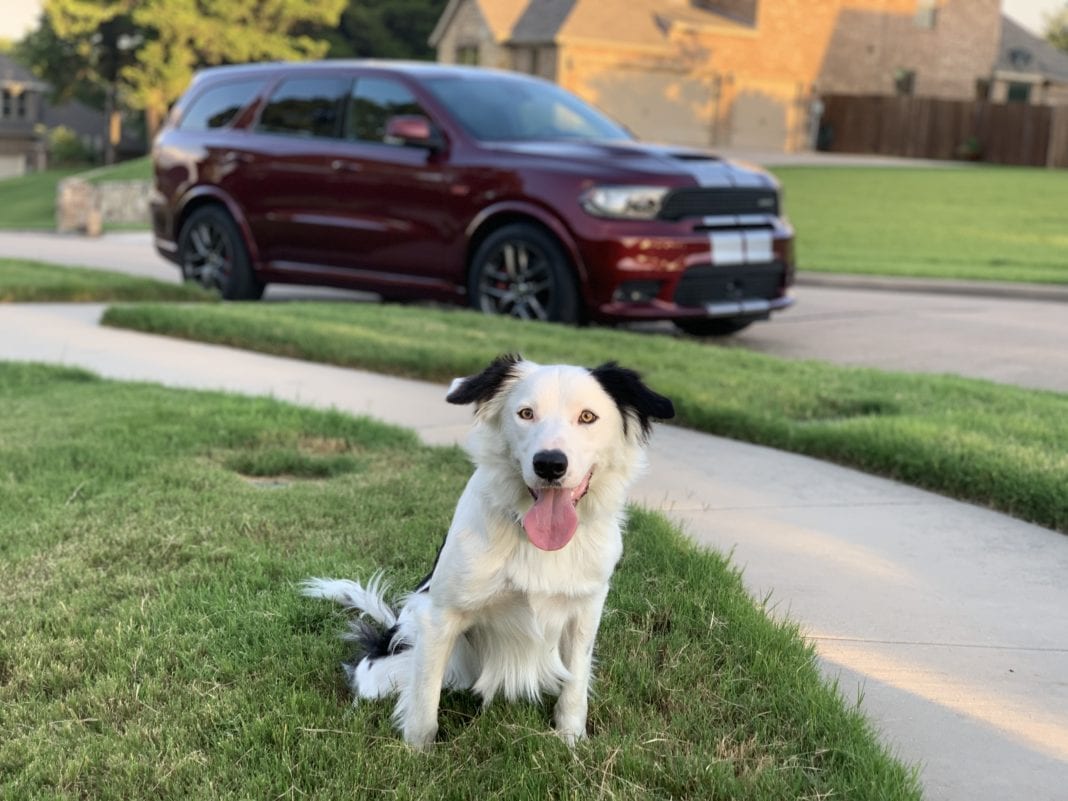 I’ve had a soft spot in my heart for the Dodge Durango, since I first saw this generation’s styling nine years ago. From that moment, I have been excited at every chance to drive one. At events like Texas Truck Rodeo and the FCA spring new product showcase, the Durango has always been the first vehicle I would look for to take for a spin.

So, I was especially excited when I learned I would have the 2019 Dodge Durango SRT 392 model for a July 4th holiday road trip to the JW Marriott in San Antonio. Not only is the size perfect for our family of four, but the ample cargo space was fantastic for the 974 (yes, I’m exaggerating) suitcases and supplies of pool gear, etc., that Kristin, myself and the kids would be using.

The SRT model was especially wonderful as we hit the Austin bypass with speed limits of 85 miles per hour. I’ll admit we were tempted to ‘test’ the Durango’s 180 mph speedometer. But for safety reasons, as well as legal reasons, we reigned ourselves in and kept the horses at the posted limit.

Everything fit perfectly, just as we were sure it would. We weren’t even bombarded with the famous chorus of “are we there yet” as we moved down the highway. The second row Blu-Ray compatible dual screen entertainment center kept the kids occupied the entire trip and the great air conditioning system kept everyone from griping about being too hot below the hundred-degree Texas sun. Plush leather seating and controls throughout the vehicle insured that everyone was as comfortable as they would be at home.

And when we stopped at Bucc-ee’s for fuel, the kids didn’t even want to leave the vehicle. They passed up the opportunity to shop for snacks, drinks and a restroom because they loved their “nest” in the Durango SRT so much.

I’m not alone in my love of the new Durango. It has been awarded enough trophies to fill more than a standard-size award case. At home in Texas the Durango SRT was voted the full-size SUV of Texas with the highest overall performance score. It has captured the Luxury Family top honors at the Active Lifestyle Vehicle Competition. Plus, it was named to Wards 10 best user experience list. Not to mention, it was named the Crossover Vehicle of the Year by the Rocky Mountain Automotive Press Association.

Oh, and the valet at the resort seemed disappointed when I told him we’d be self-parking. He gave it a longing look, while asking about a few of the specs. I think he even snapped a photo while we were unloading.

2019 Dodge Durango, More Than One Horse In the Stable

For a family hauler, there are lots of options in the Durango’s stable. The SRT is at the top of the Durango line above the SXT, the GT, the Citadel, and the R/T. At 475 horsepower, it is the fastest, most powerful and most capable three-row SUV available. With your foot down on the accelerator this 3 row SUV can rocket up to 60 miles per hour in only 4.4 seconds, covering the quarter mile in 12.9 seconds (certified by the National Hot Rod Association).

Of course, it is off-road capable as well, with a performance-tuned All-Wheel-Drive system and an Active Damping System. We didn’t go off road during our summer road trip, but in Texas, it’s always nice to have that option.

The Durango will fit almost any family’s SUV budget, starting at only $30,445 MSRP. Our test model weighted in at $79,530 with every bell and whistle known to man.