Our Made In Texas Road Trip

My husband and I spent a few days recently driving a beautiful new Chevrolet Suburban to visit some of our favorite spots in North Texas. The road trip, sponsored by Chevrolet, showcased a variety of unique items that are made with loving care in Texas.

We traveled to the small town of Nocona in Montague County for a guided tour of Nokona Glove Company. One of the oldest industries in this tiny Red River Valley town, Nokona has been making premium baseball gloves since 1934. Their gloves are prized by everyone from celebrity pro players like Nolan Ryan to tiny T-ball tots who sleep with them under their pillow. Nokona also makes boots and other hand-crafted leather goods.

Buc-ee’s: A Must Stop

Any Texas road trip demands a stop at Buc-ee’s , and ours was no different. We stopped at the new store near Denton to grab lunch and drinks. Buc-ee’s has Beaver nuggets, hand-made fudge and sandwiches, multiple varieties of beef jerky and candies, and all the tacky Texas souvenirs any tourist could want. What’s not to love about Buc-ee’s low gas prices and endless pumps, clean restrooms, and one-of-a-kind “selfies.” After saturating the Lone Star State since opening their first conveniences store in Lake Jackson in 1982, Buc-ee’s is on the move again. Their new store in Alabama is only the first planned for other southern states.

Back in Dallas, we checked into the lovely Highland Hotel on Mockingbird Lane for a quick change before dinner at the iconic Southfork Ranch. “Dallas,” the soap opera that captivated the world, was filmed there from 1978-1991. Touring the home of J. R., Sue Ellen, Bobby, Lucy, Jeb and the entire Ewing clan is taking a trip back in time to the 1970s. When all the men wore Western clothes (hats included), rode horses, made and lost millions (legally and not), and constantly schemed against each other.

While the women wore huge, bouffant hairstyles, diamonds, and designer clothes, but proved just as good at scheming as the men. “Dallas” reached its zenith with its 1980 “Who Shot J.R.?” episode. An amazing 76% of all U.S. viewers watching television tuned in. The episode was also seen by over 350 million people in 57 countries.

Southfork Ranch is now a popular site for tours, dinners, fundraising galas, and other events. Our friendly tour guide, “Southfork Sally,” said plans are underway to add a B&B to the mix soon. Dinner that evening was delicious, with BBQ ribs, brisket and chicken with all the “fixings,” along with peach cobbler. I think even J.R. would have been pleased.

The following morning we loaded our gear back into our spacious Suburban to drive to HATCO, the Stetson/Resistol Hat Factory in Garland. Resistol (named for the hat’s ability to resist all weather) has been manufacturing cowboy hats in Garland since 1938. They’re the largest hat manufacturer in the world, making hats in straw, felt, leather or cloth for men and women. The top of the line fur/felt hats sell for as much as $5,000 but others are available for under $100.

HATCO VP Dan Brown led our tour, and introduced us to many of the workers. Most had been there a long time and obviously liked their work. I especially enjoyed chatting with Hazel, who’s worked there 43-years. She is the quality control finisher who puts her name inside the completed product as a stamp of approval. The retail outlet next door to the factory sells hats and other hand-made items that didn’t quite live up to Hazel’s approval, or “factory seconds,” for reduced prices.

Chevy’s “Made in Texas” tour took us to a Whataburger restaurant in Arlington for lunch. My burger-loving husband is a huge fan of Whataburger restaurants, his favorite stop on any road trip. He was quite happy to meet and schmooze with Director of Operations Chuck Geddes, Area Manager Radwan Ghamrawi, and field marketing coordinator Sheila Willis. Hospitality at Whataburger is always great, but the Chevy group received bonus goodies like a Whataburger sun visor for our cars. We also tried the new Dr Pepper shake, which was terrific—and addictive.

Last but not least on the agenda was touring the GM Arlington Assembly Plant to watch lovely new Tahoes and Suburbans roll off the line. Our 2019 Suburban 4WD Premium edition made the road trip through North Texas a breeze. The large SUV offers so much space for both driver and passengers, it would be ideal for a family of four or more.

The 2019 Suburban 4WD Premier edition we drove had an MSRP of $68,300. But the test vehicle showed a price tag of $81,770 with numerous options added by the manufacturer. Fuel economy was estimated at 14 mpg in town and 20 mpg on the highway, averaging 16 mpg. Thanks to the Suburban’s large (31 gallon) tank capacity, we never had to stop for fuel on our road trip.

Everyone we met on Chevy’s “Made in Texas” tour took great pride in their work, and in what they had created the old-fashioned way: with their own two hands. 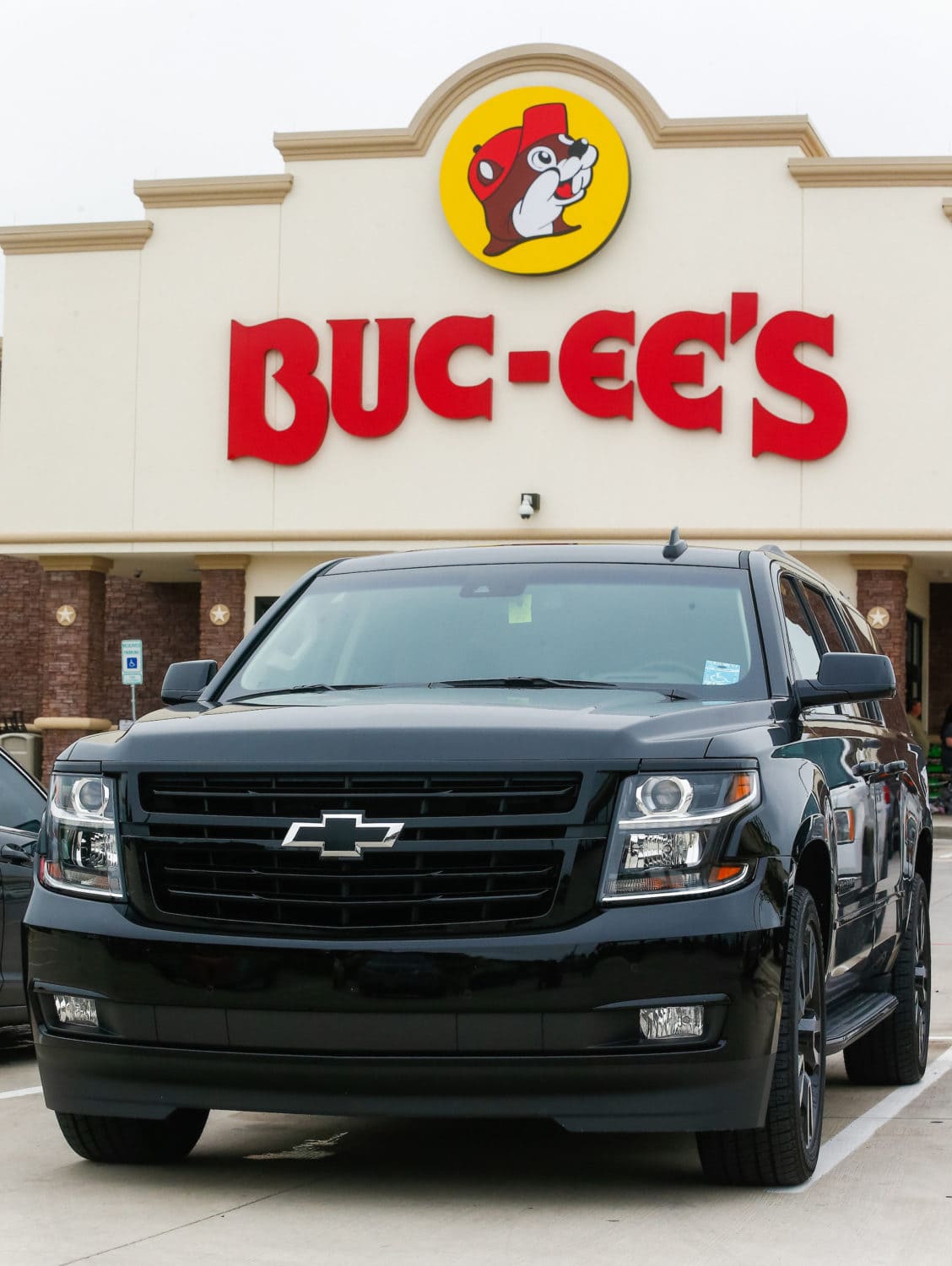 Show Some Love to Lovin Oven, Other Local Restaurants