“Never Too Late” is the first film in ages for those of us over fifty, who wonder why they don’t make movies featuring veteran actors. This may be the first film since “Grumpy Old Men” that fits the bill. James Cromwell stars as Vietnam Veteran Jack Bronson. If you loved Cromwell as the kindly farmer in “Babe,” you’ll enjoy watching him in this comedy/romance/drama.

An ensemble cast of other veteran actors are featured in the film. The plot is reminiscent of “The Great Escape” but with shades of “The Notebook.” The action centers on Jack searching for his long-lost love Norma (Jacki Weaver “Silver Lining Playbook”). She’s the lovely nurse that he hasn’t seen since he left to fight in the Vietnam War.

Upon learning that Norma is now in an assisted living facility, Jack fakes a stroke to get accepted in the same facility. He manages a brief encounter with Norma, long enough to learn she has dementia. Norma is being sent to another facility for a three month trial of a new medication. When Jack tries to convince the nursing home administrators he doesn’t belong there, they don’t care. He’s become a prisoner just like he did in Vietnam.

Never too late to escape

Amazingly, in a plot twist that could only happen in the movies, Jack finds three old mates are all in the same facility with him. Maybe not too surprising, since it’s Hogan’s Home for Retired Veterans. These are the three guys who escaped with him from a Vietnam prison camp years before. The four men were called “The Chain Breakers” for their daring escape. Jack’s fellow Chain Breakers are Dennis Waterman as Caine (from British TV series “New Tricks”), Jack Thompson as Angus (“”Breaker Morant,”), and Kiwi actor Roy Billing as James Wendell (“The Dish”).

Jack wants to enlist their help in “rescuing” Norma from the drug trial asap. He’s worried that her dementia may become so bad she doesn’t remember who he is. While Jack is still unusually agile for his age, Wendell is in a wheelchair. Angus is seriously forgetful, and Caine is very ill.

Obviously they need some new blood to help them with their escape mission As the mission leader, Jack enlists Zachary Wan, the teenaged son of one of the nurses, to the cause. Wendell’s estranged son (Shane Jacobson), is also shanghaied into helping their escape and rescue mission.

If this all sounds far-fetched, it is. But you can’t help but root for these Chain Breakers to escape one more time. We can thank award-winning Australian director Mark Lamprell (MY MOTHER FRANK) for directing “Never too Late.” Also novelist Luke Preston for writing a script that provides featured roles for so many veteran actors. The Blue Fox Entertainment film starts streaming on numerous platforms July 10. 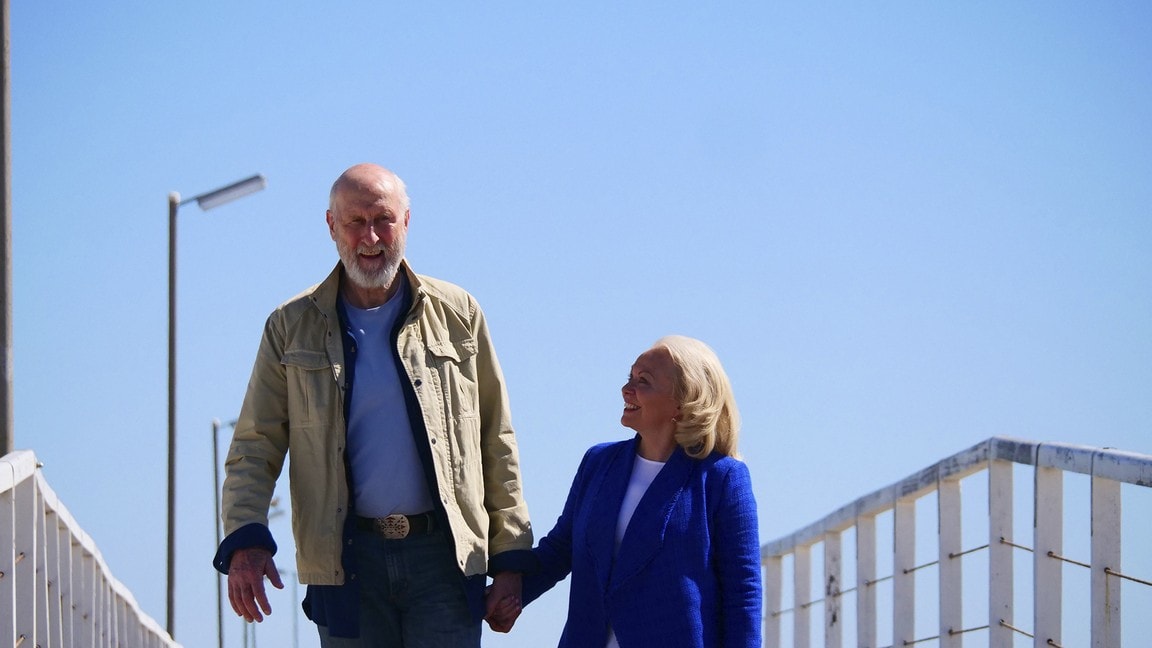