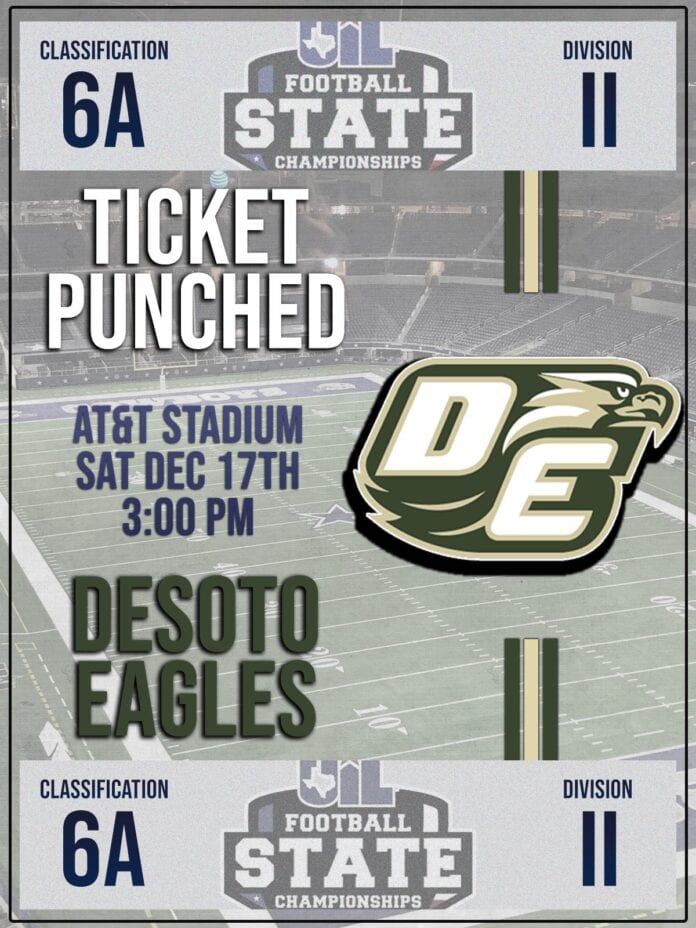 Two teams from the same district winning a state championship? Only in Texas.
However, a pair of rivals and neighbors separated by less than 10 miles could find themselves as state football champions when the day ends Saturday.

Both compete in District 11-6A, which Duncanville won and DeSoto finished second. The Panthers won their regular-season meeting, defeating the Eagles 41-17 in Duncanville.
Since that loss, DeSoto has reeled off six consecutive victories to put itself in position for its first state championship since 2016. 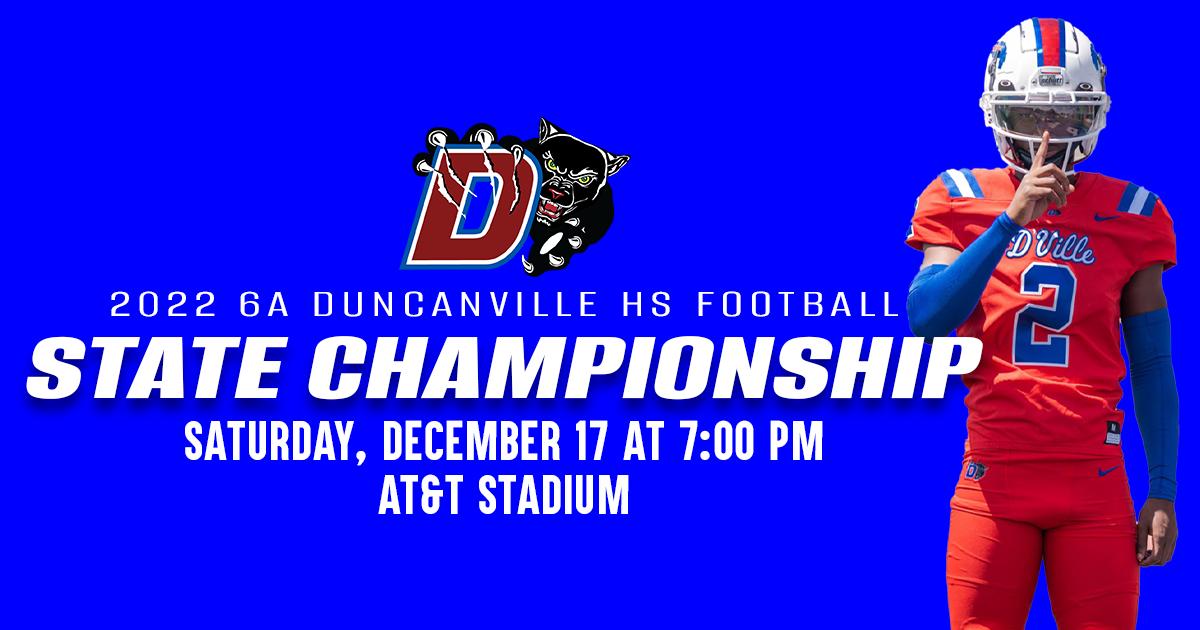 If the Duncanville-North Shore matchup looks familiar, well, it is. This is the fourth time in five seasons the two teams have met for a state championship, with North Shore winning the previous three.

In fact, the Panthers are 67-6 since 2018, with half of those losses coming to North Shore.
The first meeting was one for the ages, with the Mustangs winning 41-36 on a Hail Mary pass as time was running out. The next season the Mustangs won 31-17, and last season they came away with a 17-10 victory.

Ironically, the one time in the past five seasons the Panthers did not make the state final, neither did North Shore. In 2020, both were eliminated in the state semifinals, Duncanville by Southlake Carroll and North Shore by eventual champion Austin Westlake.

Much has been said over the years about District 11-6A, which also goes by another nickname, DeSoto coach Claude Mathis noted.

“We call it the District of Doom, and it is rough,” Mathis said. “Playing these teams prepares you for what we are facing now.”

Along with the playoff runs of the Panthers and Eagles, Waxahachie advanced to the third round and won 10 games.

Never one to back down from a challenge, Mathis and Duncanville coach Reginald Samples also schedule tough predistrict contests to prepare their teams for district and beyond.

“We played three teams that were in the top 13 in the nation,” Mathis said.
DeSoto’s two losses this season were to Duncanville and Baltimore St. Francis Academy, 47-7. Last week, to reach the state final, the Eagles knocked off previously unbeaten Denton Guyer (14-1) 47-28.

Defense – DeSoto is surrendering 20.5 points with one shutout and has held opponents to a touchdown or less four times. Vandergrift gives up 12.1 with four shutouts and has limited to no more than a touchdown seven times.