In what is becoming a frequent occurrence during this time of COVID-19 pandemic planning, the Midlothian ISD Board of Trustees held a special meeting the evening of August 13, 2020.

Item 5B on the agenda was to consider an update on Grade Point Averages and Class Rankings. The subject generated citizen comments from many citizens, both through online submissions and in person. Kennedy King, Glenda & Jeff Chambers, Mindy Bell, Westin Dawson all submitted their comments online. Trevor Tobey and Kim Dunphy addressed the board in person.

All expressed disappointment with the rankings and averages and many called for an independent audit of the results.

In addressing a GPA and Class Rankings question asked by board member Vineyard, Judy Walling replied, “the dual credit GPA calculation method along with coding errors contributed to the miscalculation.” The dual system refers to types of courses taken for classes of 2021 and previous and 2022 and forward.

After a somewhat heated discussion between Chief Technology Officer Leslie Garakani and board member Tami Tobey, Garakani said that the third calculation done in July is correct. Mr. Garakani said the problem “lives in technology” and “I’ve put in the time and the hours and will definitely get it right if it’s wrong, but it hasn’t been proven wrong yet.” In the final analysis, the board was told students need to request updated transcripts.

Board member Andrea Walton, said “I think everyone here is a team” She asked Mr. Garakani if he knows what other districts are doing in this regard.

“A lot of the districts are not needing to manage two separate grading policies … and if they do, they have programmers and systems analysts on staff to handle this. In the category of the Chief Technology Officers that handle this in the State of Texas , I’m in a column all by myself,” Garakani stated. He said this next spring the district would be moving to Skyward as a new SIS. “I’m not painting Skyward as the end-all be-all for the GPA. It’s helping us address a number of concerns.”

“What would an independent audit accomplish,” Ms. Walton asked.

“Frankly, an audit is not going to do anything,” Garakani replied. “The GPA is incorrect pretty much at all times in powerschool. You are maintaining two separate rating policies. Eleven Texas course is weighted one way. Ten Texas course is weighted totally differently. The way GPA appears for those students is incorrect all the time.” He continued that only after the “dance with the data is done” is the data actually correct.

“The only time it is correct is at the end of the semester, is what you say,” Ms. Walton replied.

“Yes … after you pull the data out and sort it,” Garakani said.

Board member Tobey called for the GPA/Class Ranking subject to be on the agenda as an action item in the future. Ms Walton replied that if the board, as a whole, deems that it needs action, “we’re able to do that … I just don’t know what that action would include.”

Ms. Tobey replied that the item would be to look at an independent audit and what it would cost.

“Power school’s presence in Texas is not as great as you might think,” Garakani responded. “I don’t know where you would even start with that.”

Future Board Workshop On Findings

Board VP Carl Smith said he felt the best avenue students should first take is with the campus principal. He also said students and parents should have confidence that they are being treated fairly and that Ms. Tobey could be correct in desiring an audit.

Board President Sanders then asked Dr. Ledbetter to get with his cabinet and review a concise plan for where we are at, where we are going, talk to other power school districts, and let the board know your findings. He said this could be for a future board workshop.

Ms. Tobey asked if that would also include information concerning a possible audit. Sanders replied he wanted them to examine every possibility. He then adjourned the meeting.

We contacted Trustee Tobey and asked her about her passion on the subject of class ranking and GPA.

She responded, “Our students work hard to earn good grades and deserve timely and accurate calculations of their GPA and class rank. It is critically important that we restore their trust in the systems and processes we have in place to ensure the reliability of the information they must share with colleges or technical schools to earn admission, as well as for scholarship applications. Equally important to me as a trustee, is ensuring that our administration is responsive and open in communications when concerns like this arise and that we take our customer service responsibilities to parents and students seriously. Because of the extent of complaints that have been shared with me by parents, I will continue to monitor this issue closely and push for a resolution that is satisfactory to our community.” 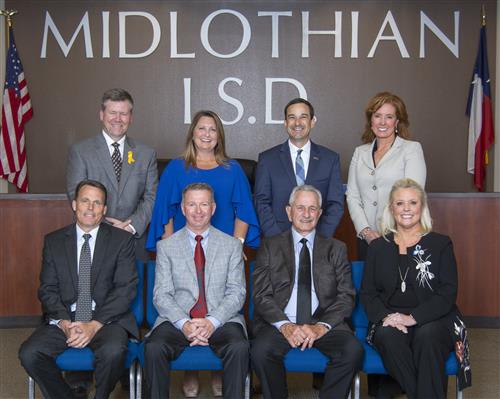