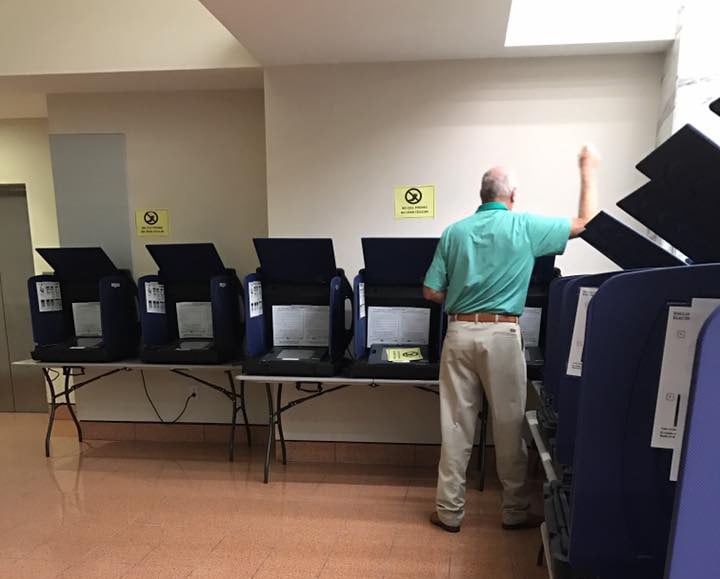 GLENN HEIGHTS—Preliminary combined Dallas and Ellis County election results originally cast Machanta E. Newson as the winner of the Glenn Heights Special Election for Place 6. However, late Friday it was determined that because neither candidate won more than 50 percent of the combined ballots a runoff would be held in December.

The Glenn Heights Home Rule Charter stipulates that in the event any candidate fails to receive greater than 50% of all votes cast then a second election must be called within 30 days. The two candidates receiving the highest number of votes will be the two in the runoff election, in this case Newson and Woods.

A third challenger, Bruce Erickson came in with 53 votes in Dallas County and 63 votes in Ellis County. There he is ineligible to participate in the runoff election.

Newson is a 36-year-old social worker who has lived in Glenn Heights for two years. She said her goals for the unexpired term are “to bridge the gap between the citizens of Glenn Heights and the city council. There are currently issues of mistrust and citizens are disengaged in what is happening in their city. I want that to change.”

She said her focus will be citizen-centered and citizen-directed.

“I plan to work towards improvements that the citizens have identified as important. I am hoping to bring a new vision, new voice, and new direction to the city by talking with not only citizens, but city staff to improve morale, employee retention, and explore the implementation of incentive programs for the employees and citizens alike. When people feel valued and cared about, they function more effectively. I am hoping to bring fresh ideas to the city and easier ways for citizens to access the members they voted for.”

Woods, 35, who is a Senior Disclosure Specialist with the U.S. Department of the Treasury and has lived in Glenn Heights for eight years. He also served as the chairman of the 2017 Home Rule Charter Amendment Review Committee;

Woods said of the special election “I want to first congratulate Mr. Erickson on his run and wish him the best in his future endeavors. My focus is on winning this seat. I’m ready to help take Glenn Heights to new heights!”

Woods said he is looking forward to the runoff election against an outstanding candidate in Machanta Newson. I’ll bring ingenuity, passion, and sincerity. I had the great pleasure serving as the Chairman of the Charter Review Committee this year. While gaining the knowledge of how our city operates, I feel my experience working directly with the Council gives me the experience of understanding how to conduct city government business.”

Bruton, 36, has been a resident of Glenn Heights four years.

The Place 1 seat was available after the resignation of Councilman Sidney Davis. The City Council Place 1 seat has a little more than one year remaining in the current term. If Bruton desires to keep his seat he will have to run for office again in 2018.

The seat was made vacant by the resignation of former councilmember Glenn George this past summer. The Glenn Heights City Council will vote Tuesday to approve the runoff election to be held on December 12, 2017.

The date for canvassing the December 12, 2017 Run-Off Election will likely be December 19, 2017 and the City Council’s first Regular Meeting in 2018 on January 9, 2018 will be the date the Place 6 City Council Member-Elect will be sworn-in as the new councilperson in that seat.