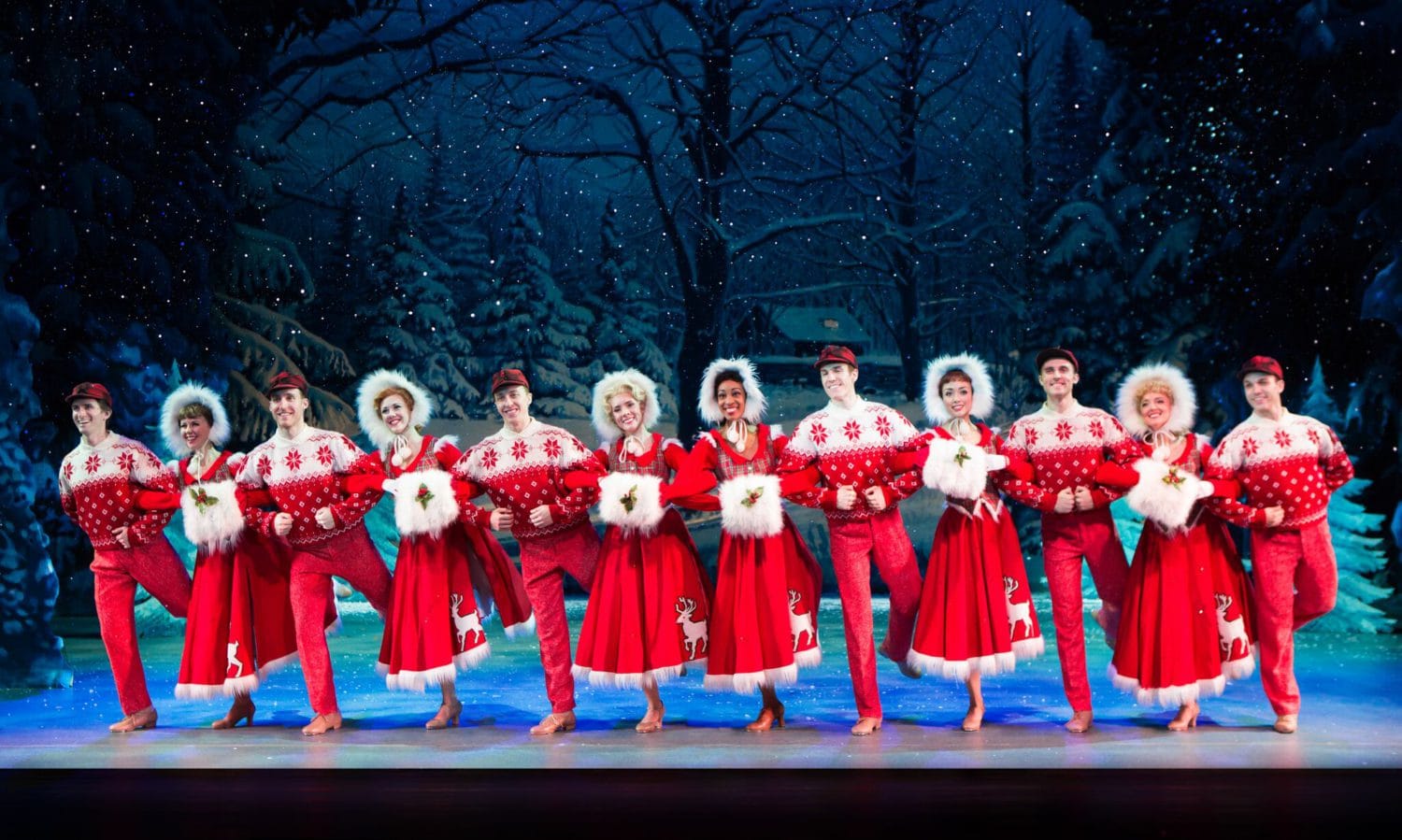 Based on the classic film White Christmas, the plot centers on two showbiz buddies who put on a show in a picturesque Vermont inn. They also manage to find their soulmates in the process for a perfect storybook ending. Unforgettable songs by Irving Berlin include “Happy Holidays,” “Sisters,” “Blue Skies,” “White Christmas,” and many others.

Tony Award-winning actress Karen Ziemba, currently on Broadway in PRINCE OF BROADWAY, has been cast in the role of Martha Watson. She will be joined by Sean Montgomery as Bob Wallace, Jeremy Benton as Phil Davis, Kerry Conte as Betty Haynes and Kelly Sheehan as Judy Haynes.

Along with Berlin’s music, the show features a book by David Ives and Paul Blake, and is based upon the Paramount Pictures film written for the screen by Norman Krasna, Norman Panama and Melvin Frank. The touring production is produced by Work Light Productions. The creative team includes direction and choreography by Randy Skinner, scenic design by Anna Louizos, scenic supervision and adaptation by Kenneth Foy, lighting design by Ken Billington, and sound design by Peter Fitzgerald and Erich Bechtel.

Single tickets are now on sale for the Fort Worth engagement, starting at $44 (pricing subject to change); available online at www.basshall.com. Tickets are also available at the Bass Performance Hall ticket office at 525 Commerce Street. For group sales, call 817-212-4248.

Groups for the Dallas engagement of 10+ receive a 15% discount and groups of 35+ receive a 20% discount. Group orders placed before tickets go on sale to the general public get priority seating, a 15% discount to M Dining for groups of 15+, and many other great perks. For more information or to purchase tickets please call 214- 426-4768 or e-mail groups@DallasSummerMusicals.org.