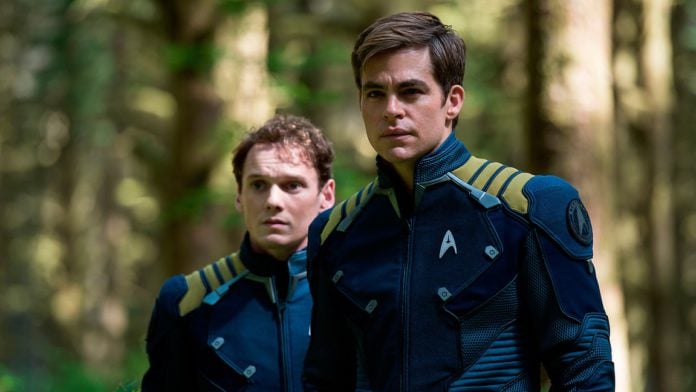 Captain Kirk and his valiant Enterprise crew members travel far, far away—maybe farther than ever before—in Star Trek Beyond. Justin Lin directs the explosive action of this sequel to every fanboy’s favorite space adventure. The action/adventure/drama/sci-fi and fantasy film, written by Simon Pegg and Doug Jung, is rated PG-13 for violence. The Paramount Pictures film opened this week in North Texas.

The Enterprise is destroyed by an alien army, and the crew is marooned on a remote planet. Our heroes encounter terrifying aliens, led by the hideous Krall (Idris Elba). He’s searching for an artifact that Kirk (Chris Pine) is believed to possess. With this ancient artifact of warfare, Krall can easily conquer all the galaxies. 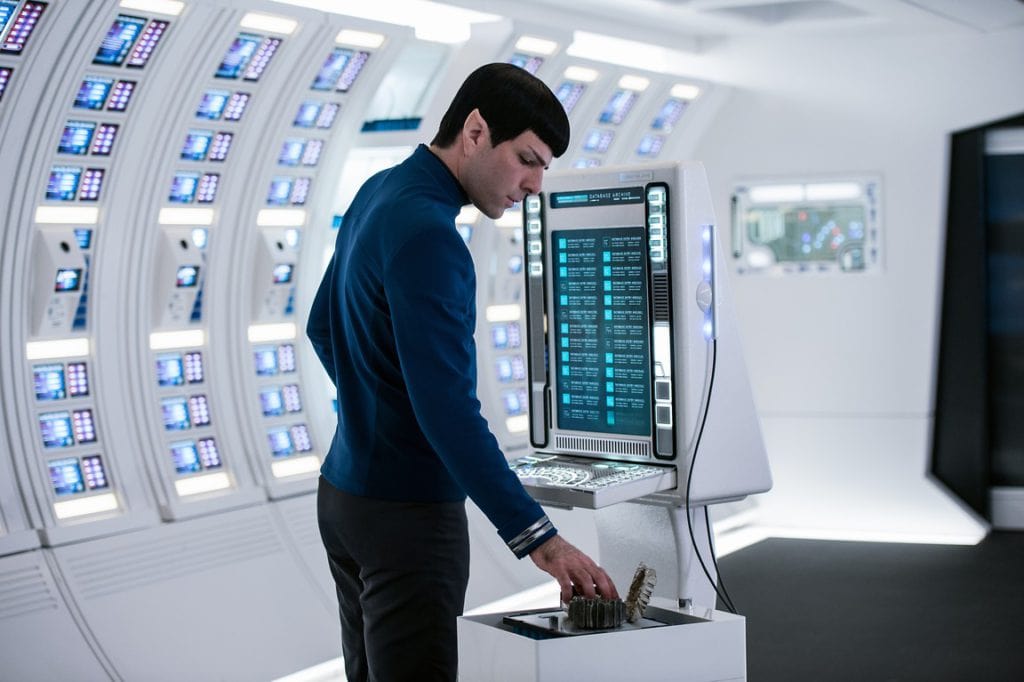 On the good news side, there’s a gorgeous female alien to rescue the crew. The heroic Amazon-like warrior Jayla (Sofia Boutella) frees them one by one. She needs their help to repair her get-away ship. She especially takes a shine to Scotty (played by script writer Pegg) since he’s the engineer. When he tells her to call him Scotty, she continues to address him as Montgomery Scotty.

Zachary Quinto plays the Shakespeare-quoting Vulcan, Spock. Zoe Saldana is his love interest, Uhura; John Cho is the pilot, Sulu; and Karl Urban is their doctor, Bones. Star Trek Beyond marked the third film appearance for Anton Yelchin as Ensign Chekov. Sadly, the 27-year-old actor was killed in a freak auto accident about a month ago. While a fourth Star Trek film has been announced, Producer J.J. Abrams says Yelchin will not be replaced in future films. 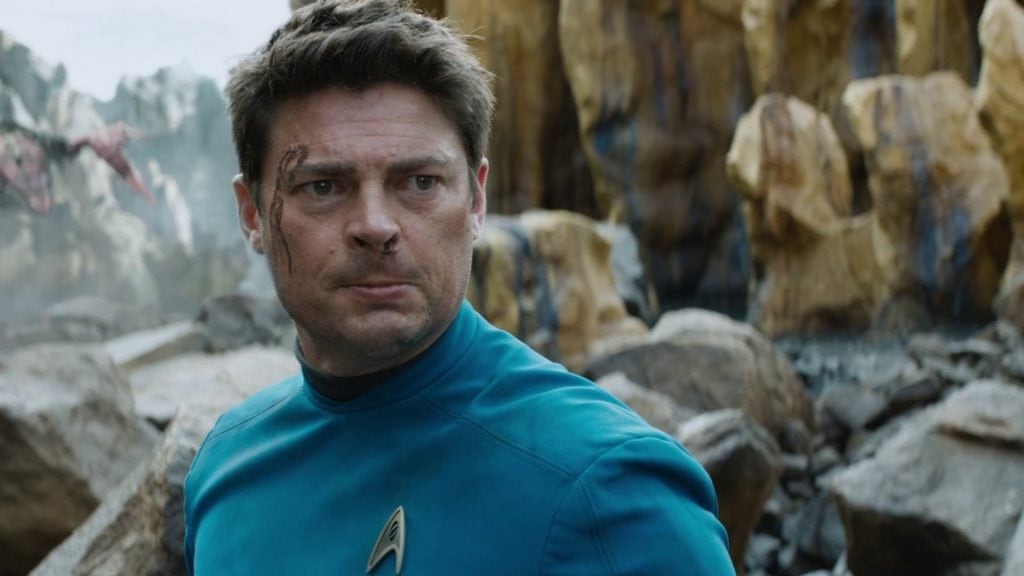 The enterprising crew of the Enterprise live up to their lost ship’s name. They use every tool they can improvise, short of duct tape, to rebuild the ancient Franklin starship. Krall is leading a swarm of bee-like attack planes to wipe out Yorktown, and they have to find a way to thwart the mission.

Unity is a key word in this film, used several times by crew members as they try to explain to Jayla that working together is for the best. Jayla has been a lone ranger since her crew was massacred by Krall’s forces.

Does Jayla finally learn to trust in the crew and believe in unity? Can Captain Kirk and his crew stop Krall from destroying–not just their world, but all the rest of them? It’s easy to guess these answers now that we know a sequel to Star Trek Beyond is in the works. But you really don’t want to miss a chance to see for yourself. Especially through those 3-D glasses that make the attackers seem to fly straight at you.