AT&T Performing Arts Center recently announced the 2018/2019 season of The Elevator Project, featuring the work of small and emerging arts groups performing on the Center’s campus in the Dallas Arts District. The Elevator Project’s new season will feature productions from eight Dallas-based performing arts companies. The five year-old project has been hailed for the resources the Center provides new artists, including top-quality stages, operations teams, marketing, ticketing and mentoring support.

“Elevator Project has become a passion for us here at the AT&T Performing Arts Center,” said Debbie Storey, interim president and CEO of the Center. “It lets us discover and partner with some of the new and emerging talent in Dallas, and provide them with meaningful resources and a platform in the Arts District. It is an impactful collaboration on a new level.”

Two of the productions will be staged in the Studio Theatre located on the 6th floor of the Wyly Theatre, five productions in Hamon Hall at the Winspear Opera House and one production in Annette Strauss Square on the campus of the AT&T Performing Arts Center.

Tickets are available online at www.attpac.org, by telephone at 214-880-0202 or in person at Winspear Opera House box office.

The Center presents this innovative series with support from the City of Dallas Office of Cultural Affairs, TACA, Texas Commission on the Arts and the National Endowment for the Arts. 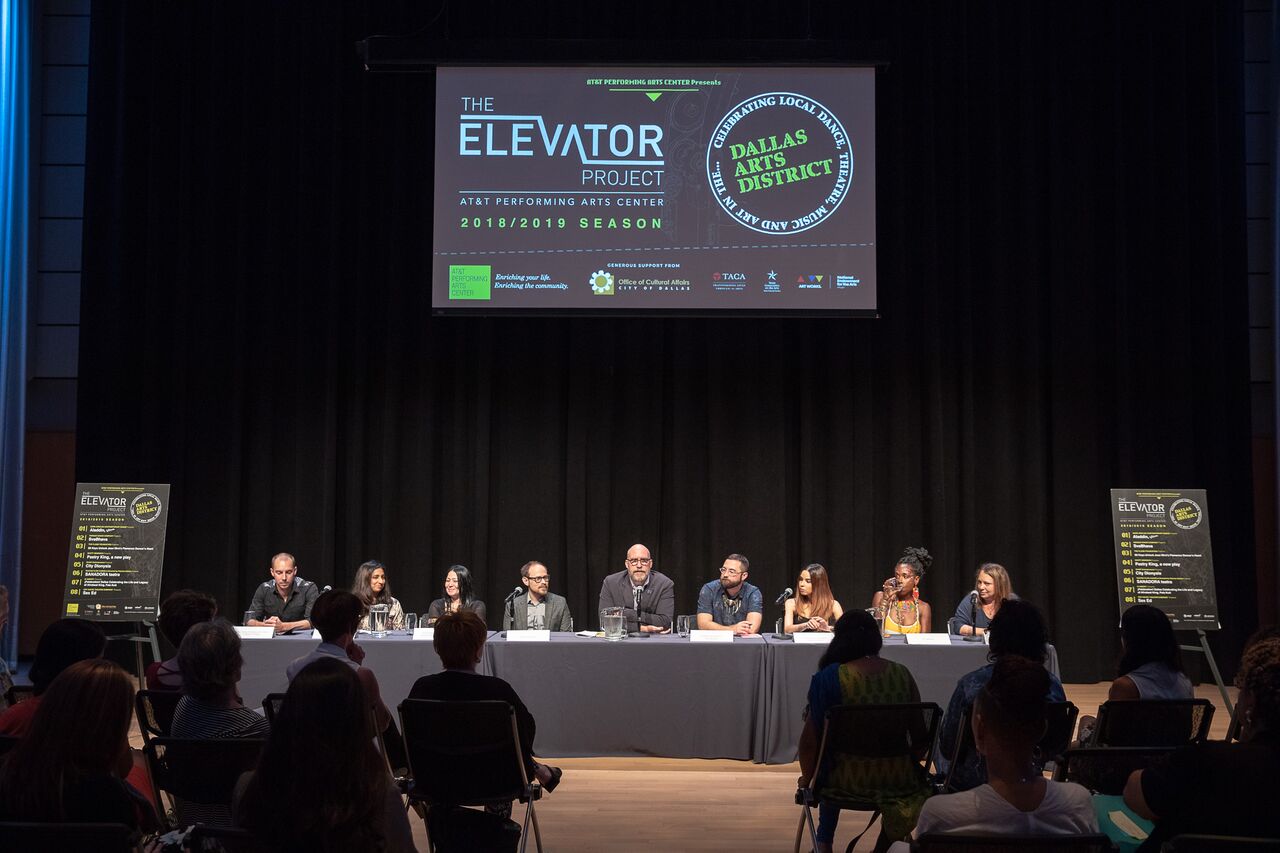