The 2020 EarthxFilm festival supports filmmakers financially during this uncertain time, by collecting screening fees and online donations during the virtual film festival presentation. Cash prizes totaling $20,000 will be awarded to filmmakers and the environmental organizations and efforts explored by the winning films. A live-streamed awards ceremony will be April 27. The 2020 Youth Film Competition, a Planet911 Challenge developed in collaboration with Instagram and Creative Visions, will award up to $5,000 in cash and prizes.

“It has been a labor of love to curate the offerings we have the privilege of presenting at this year’s EarthxFilm film festival as we mark a half century of Earth Day,” said Michael Cain, Co-Founder and President of EarthxFilm. “So many of the stories we share about conservation, climate change, and the heroes working to protect our planet are a testament to the triumph of the spirit, and our collective hope for the future.”

Brett Falentine’s FIRE ON THE HILL: THE COWBOYS OF SOUTH CENTRAL L.A., a multiple award winner on the film festival circuit about South Central L.A.’s urban cowboy culture and how a mysterious fire in 2012 nearly wrecked it all; Alexander John Glustrom’s MOSSVILLE: WHEN GREAT TREES FALL, about a small town in Louisiana where a giant chemical plant displaced its long-time African-American residents. Also David Byars’ PUBLIC TRUST, narrated by Robert Redford, which weaves together an assortment of stories connected by the indefatigable journalist, Hal Herring, who works tirelessly to shine a light on the chicanery involved with America’s public lands; and Deia Schlosberg’s THE STORY OF PLASTIC, which looks at the scope and scale of the single-use plastic scourge and how plastic has taken over the world.

EarthxFilm Artistic Director David Holbrooke said, “We can’t think of a better time than now to gather (at a distance) and experience those stories, highlighting the difference we can play.”

EarthxFilm will also present various XR experiences through EarthXR. “The magic of EarthxFilm and EarthXR has always been in how we can leverage art, music, stories, and media to help audiences holistically connect with the world around us,” added Tiffany Kieran, Director of Interactive Programming for EarthXR. “Our 2020 festival will still deliver this same multi-sensory experience despite our current physical restrictions, potentially bringing together an even broader audience to learn and be inspired toward climate action.”

Highlights of this year’s EarthXR program include Adrien Moisson’s WILD IMMERSION endorsed by Jane Goodall – 60 Years of Gombe, with Jane Goodall;  and GORILLAPALOOZA $5 MILLION VR FUNDRAISER SUCCESS STORY with Ulrico Grech-Cumbo, founder and director of Habitat XR. Others are CLIMATE SOLUTIONS + SDGS with Mary Matheson of Climate Changers/Step into a Brighter Future, Kristin Gutekunst of the Overview Collective, and Lisa Jobson of Digital Promise Global. Also VIRTUAL DIVING FOR CONSERVATION with Google Earth/Underwater Earth with Christophe Bailhache, Sophie Ansel, and Lorna Perry, all of Underwater Earth; A PREDICAMENT OF PANDEMICS with Ulrico Grech-Cumbo and Damien Mander, founder and CEO of the International Anti-Poaching Foundation; and GHOST FLEET + THE OUTLAW OCEAN documenting the intersection of environmental justice and human rights with Ian Urbina, bestselling author of The Outlaw Ocean, Lucas Gath, co-director of GHOST FLEET VR, and Niki Joo, trafficking specialist of Mosaic Family Services. 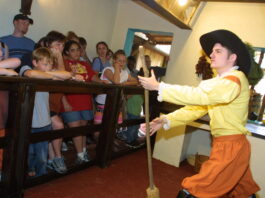 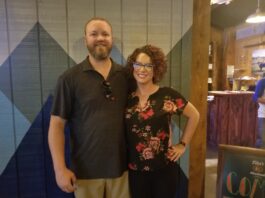 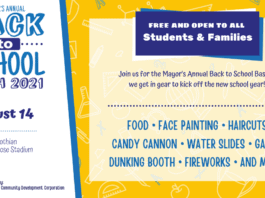 Don’t Miss The Midlothian Mayor’s Back To School Bash