Are Coyotes Becoming A Problem in Duncanville?

Duncanville City Council members are discussing recent coyote sightings in Duncanville. Adam Henry, Texas Wildlife Services biologist, was invited to attend the June 20 council meeting to answer questions about coyote management programs. After his talk, the council is deliberating their next steps.

Because coyotes are so adaptable to their environment and are “opportunistic feeders” who will eat almost anything, they are becoming an increasing nuisance in urban settings. Duncanville’s creeks and green spaces, plus neighborhoods with pets, pet food, garbage, rodents, rabbits, gardens, and other attractions create an inviting coyote habitat. There have been increased sightings of coyotes and reports of coyote attacks on small animals and pets in the area.

Henry said the reason for increased sightings in urban areas in the springtime is because litters, usually containing four-five pups, are born in the spring. Both parents take care of the pups, who have permanent teeth and six months, when they are taught to hunt. While rearing their pups a coyote family hunts and eats more food than usual. Sightings often occur around golf courses or parks, and some coyotes lose their fear of people especially if they leave pet food out. Small dogs and cats are also easy prey.

People are warned not to put food or water out for coyotes or animals that are prey for coyotes. We should eliminate sources of water or pet food such as bird feeders, and take special care to properly dispose of scraps. Never discard edible garbage where coyotes can reach it, but use secure garbage containers that eliminate odors. Feed pets indoors when possible, and pick up leftovers if feeding outside.

Other tips include storing pet and livestock feed where it is inaccessible to wildlife. We should trim any shrubbery that might provide cover for coyotes or prey. Fencing at least six feet high extending six inches below ground may deter coyotes. If coyotes have been seen in your area, don’t allow pets to run free and make sure small children are attended outdoors. Walk dogs on a leash and accompany then outside at night. If you see coyotes near your home or property, chase them away by shouting, making loud noises or throwing rocks.

People who choose to live on suburban acreage or rural farms are especially susceptible to coyotes attacking poultry or other livestock. These weekend or hobby farmers should use net wire or electric fencing to keep coyotes away from livestock. Guard animals such as dogs, donkeys and llamas can also be used to protect livestock.

Coyotes can be carriers of rabies or diseases that threaten public health. In 1988, an episode involving coyotes and dogs in South Texas caused the death of two people. More than 3,000 people had to receive rabies treatment. As a result, oral rabies vaccine is distributed and the relocation of certain wildlife species, including coyotes, is prohibited. Oral rabies vaccine baits are distributed annually by airplane in affected areas, halting the spread of the virus. 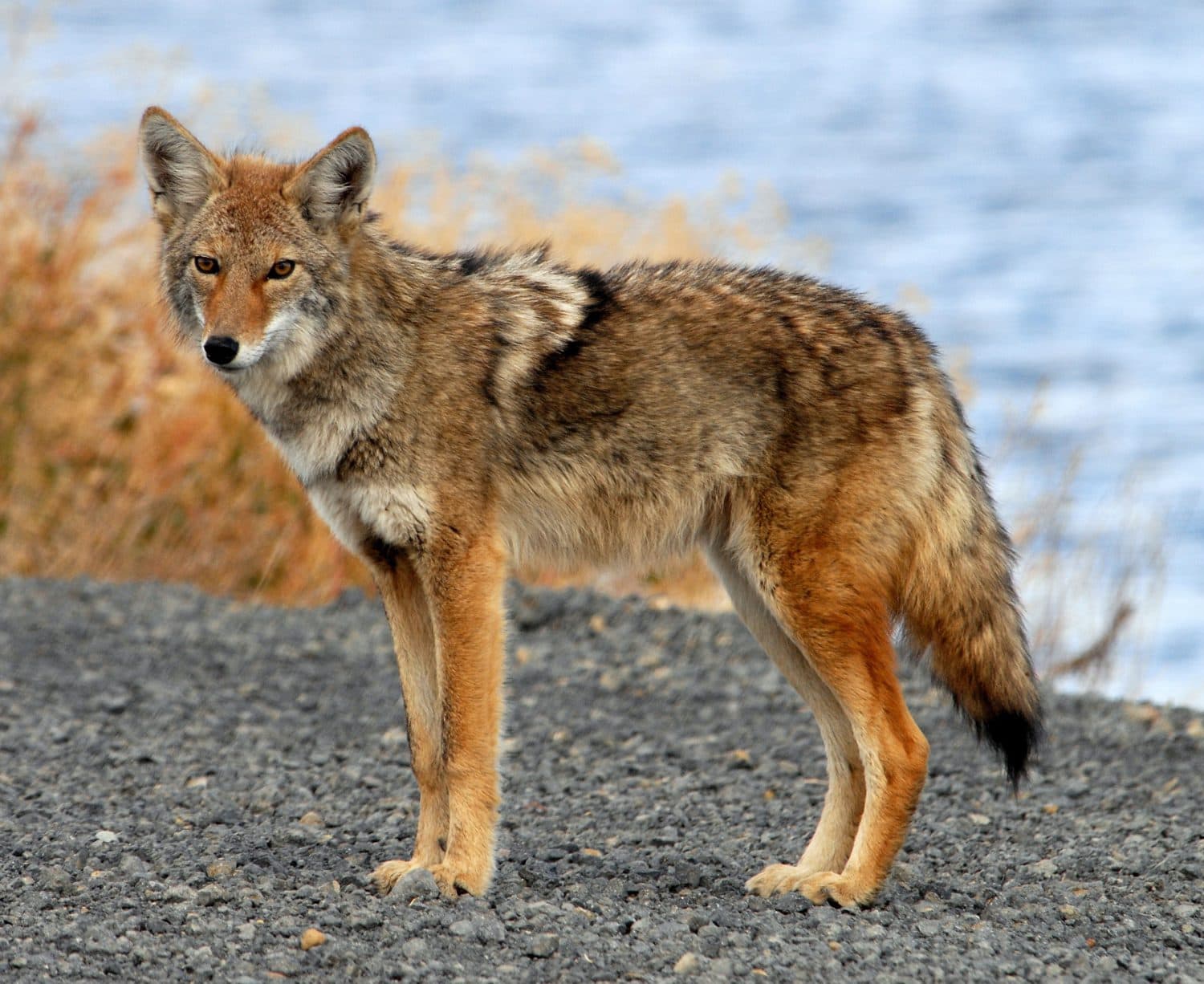