Sometimes, all you need are samples to see how great something is.

And Reginald Samples once again showed his greatness as a high school football coach this season, leading the Duncanville Panthers back to the Class 6A Division I state final Saturday at AT&T Stadium in Arlington.

The Panthers lost, the only time in 16 games this season, 31-17, to Galena Park North Shore, the second time in as many seasons Duncanville came up short in this finals meeting. This season, however, it wasn’t a Hail Mary pass on the final play that did in the Panthers, it was a 31-17 loss as North Shore took control in the second half.

The loss stings, of course, for Samples and his squad. But for the folks at “USA Today,” it was a moot point. They’d already seen enough this season to name Samples their All-USA Coach of the Year.

Returning to the top of the mountain for a second straight season is a brutal task, particularly when the previous season ended in such heartbreaking fashion as the Panthers’ did in 2018. And yes, even a loss in the title game means you still reached the summit, only someone else got to plant the flag.

Some will argue the Panthers lost because they were playing without their four-star rated quarterback, University of Texas-bound Ja’Quinden Jackson. He tore his ACL in the 24-3 semifinals victory against Rockwall.

Freshman Chris Parson got his first varsity start in the state championship game. The dream finish didn’t happen, but he gave Samples and Panthers fans reason for optimism in the future. Parson completed six of 10 passes for 100 yards and scored on a 6-yard TD run that momentarily gave Duncanville a 14-10 second-quarter lead.

It didn’t help that Parson was sacked six times, of course, but he doesn’t bear the sole blame for that. He also threw no interceptions despite a strong North Shore pass rush.

And, of course, credit Samples for having his young QB ready to play on the biggest stage for the biggest prize. This was a game the Panthers could have won and were definitely in until the final few minutes.

Ironically, in defeat Samples gave even more proof that the folks at “USA Today” made the right choice.

And when the game was over, Samples did something else great coaches do. He reminded his team that, though not the best on this day, they achieved greatness nonetheless and gave him and themselves memories for a lifetime.

“We’re going to finish this season the way we started it – with our heads held high. We had a great season,” Samples said simply.

The Panthers had a lot of returning talent, but many teams have fallen short despite having a plethora of talent. Also, it’s not uncommon for a loss in a championship game to have a lingering effect mentally, particularly when you’ve had the trophy taken out of your hands at the last second as Duncanville did last season.

Back-to-back trips to state are rare

There’s a reason back-to-back Super Bowl rematches are rare. Losing the big game makes it even harder to get back.

Unless you have a coach like Samples. He engineered the opposite, a run to the final that was every bit as impressive as a year ago, perhaps even more so given the added pressure and the spotlight on his team. The Panthers entered the state championship game ranked No. 2 nationally by “USA Today” and came within a few plays of defeating No. 7 North Shore despite their team leader and arguably their best player being on the sidelines.

Nine times the Panthers held an opponent to a touchdown or less, including eight times without a touchdown at all, and five times shutting them out completely. Overall, Duncanville had a 715-157 scoring difference, the second straight season the Panthers scored over 700 points.

But as explosive as the offense has been the past couple of seasons, Samples’ squad was known for its defense. In 31 games they limited opponents to a touchdown or less in 20.

They were good. They were dominant. They were extremely well-coached. But then, they have been for all five years Samples has been at the helm. He inherited a team that had missed the playoffs three straight years with losing records, and after going 3-7 in his debut in 2015, the Panthers are 51-6 since.

Prior to his arrival, the Panthers had made one state finals appearance, winning a title in 1998. While that is still their only state championship, one has to believe it’s only a matter of time before Samples leads the Panthers to another.

For Samples, whose sterling career includes a 33-27 double-overtime loss to Kilgore in a state final in 2004 while he was at Dallas Lincoln, along with a pair of state semifinals appearances at Dallas Skyline, it would be a fitting crown – just like USA Today made a fitting choice. 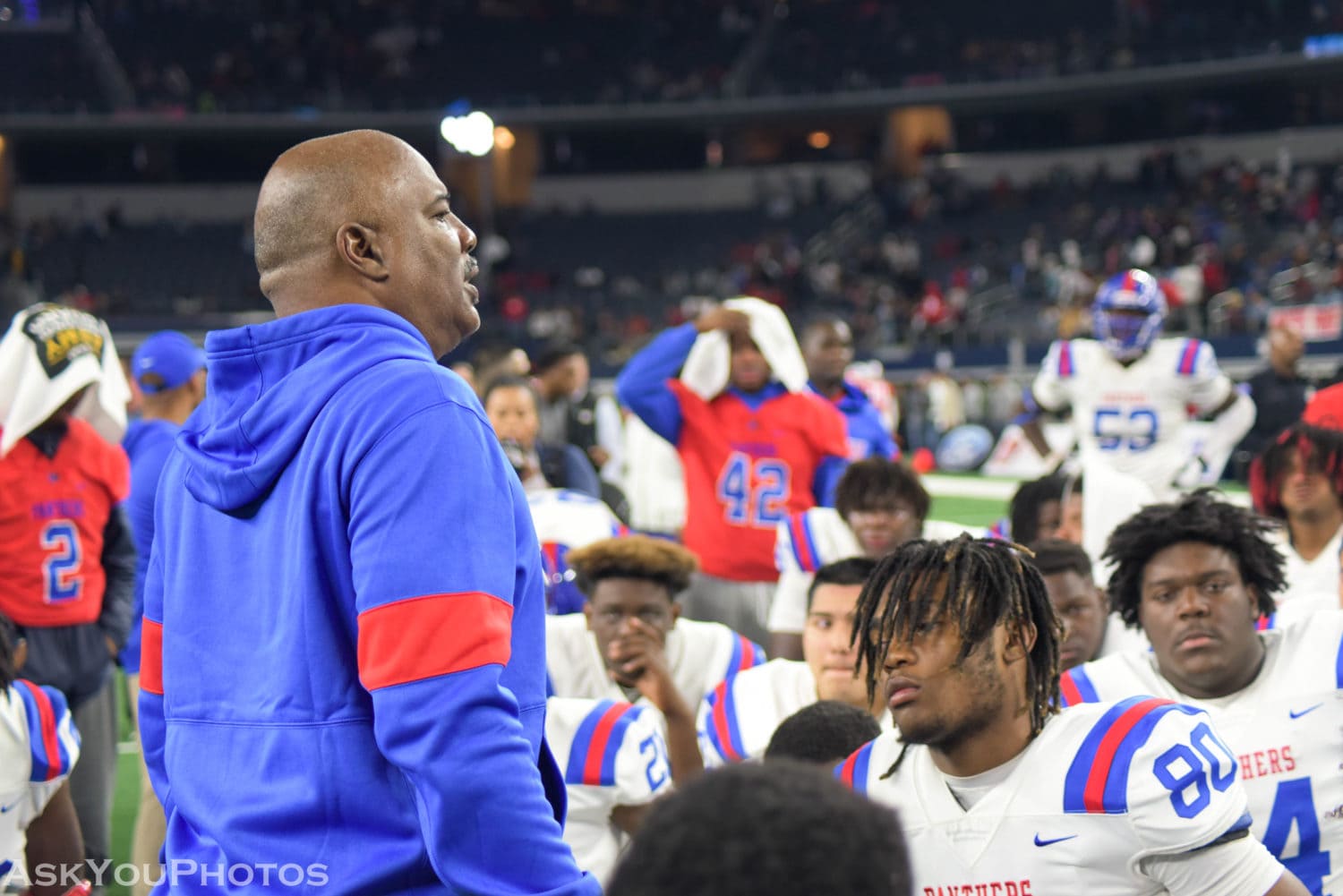