The undefeated Duncanville Panthers put themselves one game away from a Class 6A state title Saturday, rolling over Rockwall 56-14 in the Division 1 semifinals at McKinney ISD Stadium.

The Panthers (15-0) came to play, taking only two plays to score with Trysten Smith pushing pass defenders for a 74-yard touchdown run. Duncanville’s defense put the Panthers on the scoreboard again when Tyler Quinn intercepted a Rockwall pass intended for Jaxon Smith-Njigba and took it 68 yards to the endzone. Roderick Daniels’ 72-yard touchdown and quarterback Ja’Quinden Jackson 59-yard run gave the Panthers a 28-0 lead by the end of the first quarter.

Jackson tossed an 81-yard bomb to Marquelan Crowell to put the Panthers up 35-0. Jackson cut up the field and took a hit on his left leg, flipping into the air. The University of Texas commit was helped to the sideline and freshman quarterback Chris Parson went in, seeming a little shaky on his first few plays.

Rockwall (12-3) got on the scoreboard to make it 35-7 at the half.
Parson and his Panther teammates kept the train on the tracks in the second half, scoring 21 unanswered points in the third quarter, with Parson running 38 yards to the endzone.

Duncanville will get a rematch with Houston North Shore (14-1) for the Class 6A Division 1 state championship at 3 p.m. Saturday at AT&T Stadium. The two teams met in the state title game last year, when North Shore threw a Hail Mary pass to get past Duncanville 41-35 for the championship.

Jackson is not expected to play in Saturday’s game due to his injury. 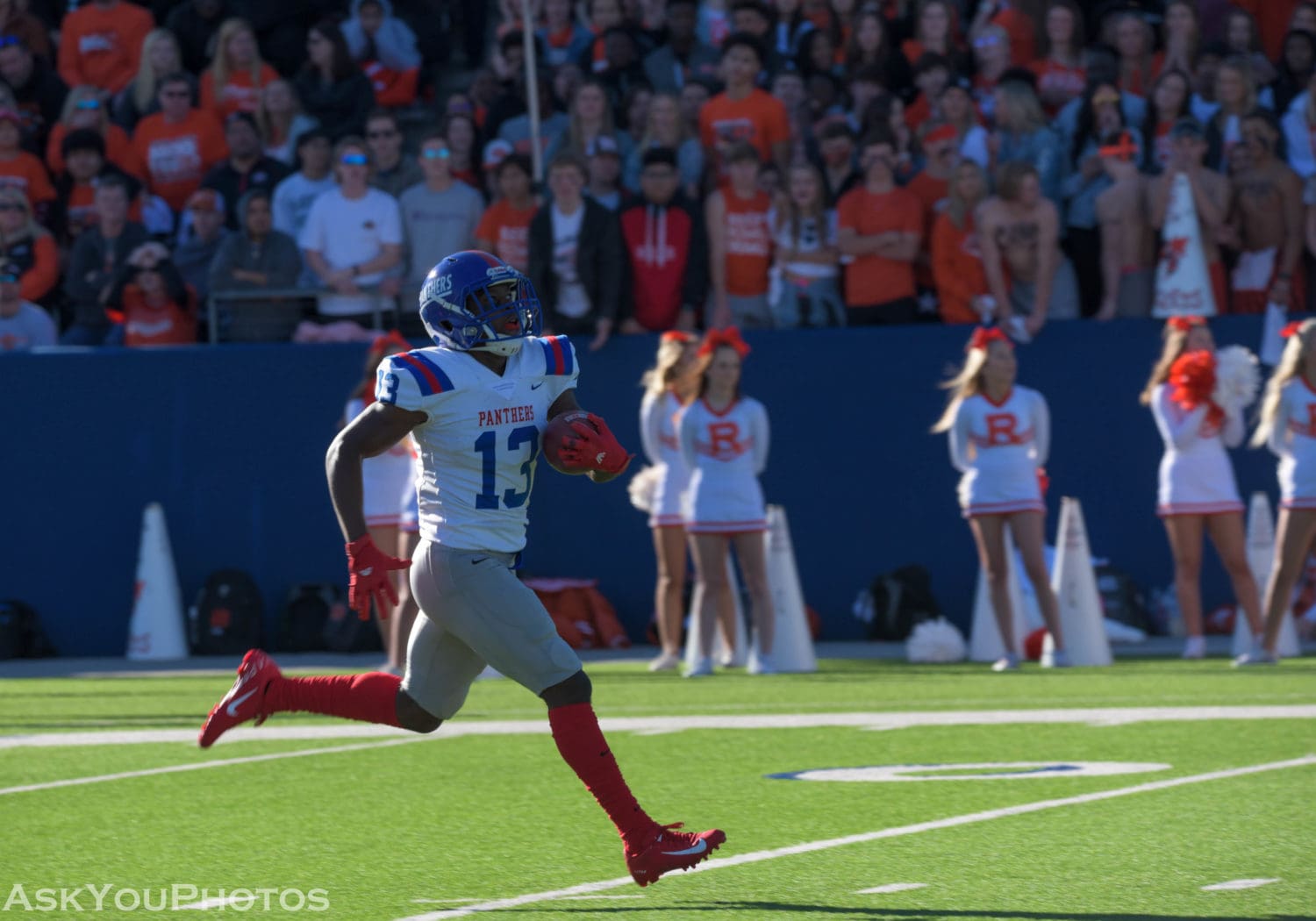