DUNCANVILLE—It was three years ago that the Duncan Switch Street Market got its start. It was the result of many community conversations amongst neighbors and business owners. This month, the street market will celebrate its three-year anniversary.

Steve Martin, head of the Duncanville Chamber of Commerce said each year the anniversary features special events and promotions.

Last year there was a donut eating contest with cash prizes and free cupcakes to the first 500 people.

This month, in order to celebrate the anniversary the first 200 people to the market will receive free snow cones from Kona Ice. The first 100 people will receive a free bag of popcorn at Duncanville United and there will be a pizza eating contest sponsored by Roma’s Italian Bistro.

“Even at three years old we are still a young market. We look at ways to make it bigger and better each month,” Martin said.

Attendance at the market varies depending on Texas weather and extracurricular obligations.

Martin said they have seen as many as 1,000 shoppers in the past. Average attendance is more likely to be starting at 450.

Serving a blend of Duncanville history and the city’s bright future. Since its inception, the Street Market at Main and Center Streets has launched new businesses and entrepreneurs.

Martin says it is also a market that you need to shop each month since the vendors and items change continually.

“The first Duncan Switch street market was on April 19, 2014. Different markets were tried several years ago, but they never were consistent enough to take hold,” Martin explained.

The market began with 30 vendors the first month and for a while grew to over 50. Now Martin said some of the vendors have expanded their businesses and can no longer attend the markets.

Even so, DuncanSwitch has about 35 vendors each month. Over the past three years the Duncanville Chamber of Commerce has paid special attention at the market and now they play a large role.

“The Market grew instantly and it needed to have a non-profit organization to take over management of it,” Martin explained. “There were things like vendor registration, liability insurance and other items that needed to be addressed along with the city. The Chamber was a natural partner to work with the city and others to manage and to ensure its future.”

Martin said the City of Duncanville has been a wonderful partner with the Chamber for all three years.

“The market has been successful because it brings out community spirit, it helps launch new entrepreneurs and brings activity to the businesses on Main Street,” Martin concluded.

On the third Saturday of each month the Duncan Switch Street Market takes place. Hours are 9 a.m. to 3 p.m., at the intersection of Main and Center Streets in Downtown Duncanville.

“You name it and you quite possibly can find it here,” Martin said. “Items vary such as resale items from moving and estate sales, handmade items such as clothing, hair bows, wooden toys, wooden furniture, handmade jewelry and the list goes on.”

There is always food at the market too from barbeque vendors, to Casa de Masa Tamales, Kona ice snow cones and pastry goods.

Over the past three years additions to the market include new vendors as well as a Kid’s Zone with a free bounce house. There is also the “Touch a Truck” with city vehicles such as fire trucks and police cars.

“We have experimented with donut and pizza eating contests, live entertainment and we now sell Duncanville Dollars at the Chamber,” Martin explained. “We presale these at the Chamber at discounted prices to be spent at the market with the vendors.” 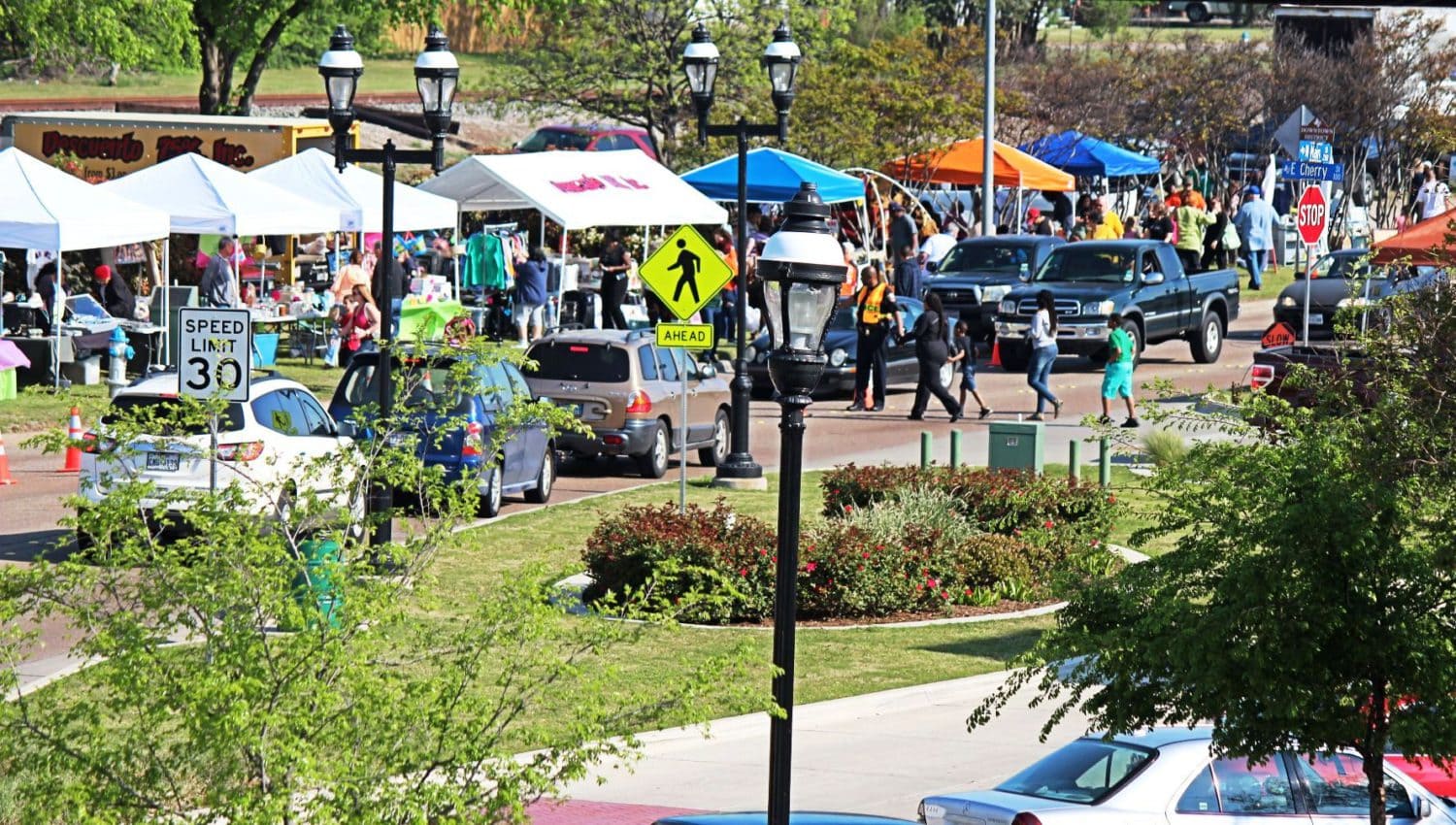