On January 11, 2020, at about 6:43 PM DeSoto 911 received a call about a shooting with injuries in the parking lot of 514 E. Beltline in DeSoto. When Officers arrived on scene they located a vehicle that had driven at what appeared to be a high rate of speed and was impaled under a Tahoe.

Officers discovered a driver and passenger with gunshot wounds. The 16 year old passenger, Jayden Washington, was immediately transported to the hospital. Unfortunately, Washington succumbed to his injuries.

The name of the driver is not being released. DeSoto Police are referring to him as Victim number one. He did survive the incident.

There were witnesses that saw two individuals flee the scene. DeSoto Detectives recovered cell phones from both victims with a lot of Snapchat conversations. This initially led them to think it was a drug deal gone bad. After weeks of investigation through Snapchat records, Detectives discovered this was a well planned robbery. They lured the victims to the apartment complex with the intent of robbing the victims of their weed and their money.

When Victim number one had a bad feeling and was getting ready to drive off, shots were fired. Several shots were fired from two different calibers of guns. After several days DeSoto police began to focus on Nikovian Devon Calhoun, who was stopped shortly after the shooting. From talking with students from Duncanville and seeing social media chatter, more evidence pointed toward Mr. Calhoun. One of the rounds police recovered from his home matched one of the casings from the scene. Nikovian Devon Calhoun did admit he was at the scene, but stated he did not fire any rounds.

Yesterday DeSoto police confirmed the other two suspects were Zachary Jaheim Shelton and Jarrod Raymond Ford Jr. The suspects, Calhoun, Ford and Shelton were close and called themselves “the creeps”. Police executed a search warrant at Mr. Calhoun’s house on Friday, but the additional suspects had disappeared. Yesterday they secured three arrest warrants for suspects Nikovian Devon Calhoun, Zachary Shelton and Jarrod Raymond Ford Jr for the capital murder of Mr. Washington. They will also be charged with aggravated assault with a deadly weapon for the attack of the driver (Victim number 1).

Throughout the course of the investigation, police discovered the suspects had used a lot of social media to avoid being discovered. The 17 year old girlfriend of Calhoun, LaPre Mcelewee was arrested today because she deleted apps and messages. She was charged with tampering with physical evidence.

DeSoto Police have not been able to locate 17 year old Zachary Jaheim Shelton of DeSoto or 18 year old Jarrod Raymond Ford Jr. of Duncanville. They have a very large manhunt underway, and are confident they will find them.

A Message For The Suspects & Criminals

“I would like to send them a message, their best bet is to come to us and turn themselves in. We’re all ears. If they want to have their lawyers call us, we’re all ears. We are all about obtaining the truth. But we are confident we have the three individuals responsible,” DeSoto Detective Pete Schulte stated.

“We have been seeing an uptick in violent crime. In the last six months we’ve had seven homicides. We want to be clear, we have the resources to find you and arrest you. Don’t come to DeSoto and commit these types of crimes, we will find you,” DeSoto Detective Pete Schulte warned.

The Police Detective said he spent the evening of the shooting with Mr. Washington’s family. Jayden was a very talented football player and was headed for the NFL.

We’ll continue to update this story. If anyone knows of their whereabouts please call 911 or call DeSoto Police at 468-658-3050. 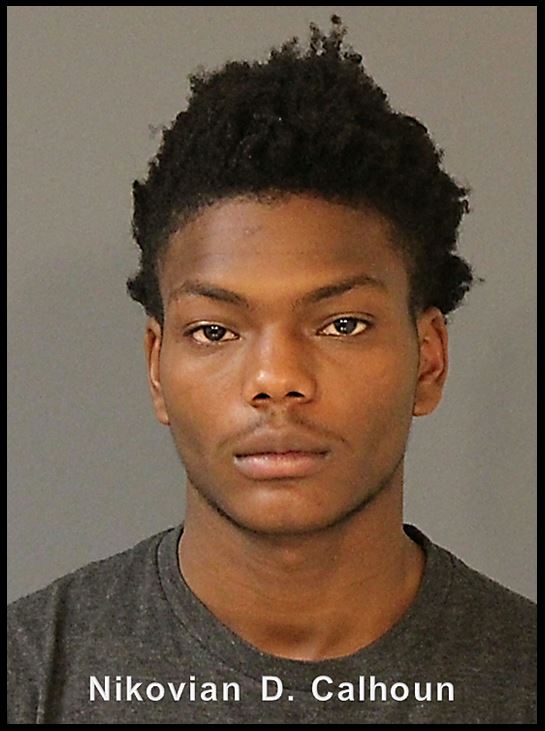