Last weekend while waiting in his 2008 Mazda 3 at the gate of a residence in the 300 block of South Elerson Drive, Randall Thornhill, 34 year old resident of Midlothian, TX was shot and killed. Passenger, Heather French, 29, was also injured in the shooting. Less than a week later, DeSoto Police announced they have a suspect in custody.

On Thursday Evan McMaryion, 19, was arrested in Arizona, while operating a stolen vehicle which was stolen from DeSoto, TX. Detectives traveled to Arizona, where the suspect was in custody on another charge, to interview the suspect. He is being charged with Captial Murder and aggravated assault with a deadly weapon. Dallas District Attorney’s Office is working on the extradition of McMaryion from Arizona to Texas.

“This was another instance where good, aggressive detective work and fast follow-up on solid leads allowed us to quickly identify and ultimately apprehend a capital murder suspect,” noted DeSoto Police Chief Joe Costa.

“We would like to thank all who helped to assist the investigation.”

When Chief Costa was asked about the motive, he responded they believe it was a car jacking. Thornhill was at the home to drop off his 5 year old stepson, who was also in the car at the time of the shooting. The child was unharmed.

Over the last four weeks there have been three homicides in the city of DeSoto. However, Chief Costa says the community should be at ease because all three suspects are in custody, and all three have been charged with Capial Murder.

DeSoto Is Working On Programs To Reduce Gun Violence 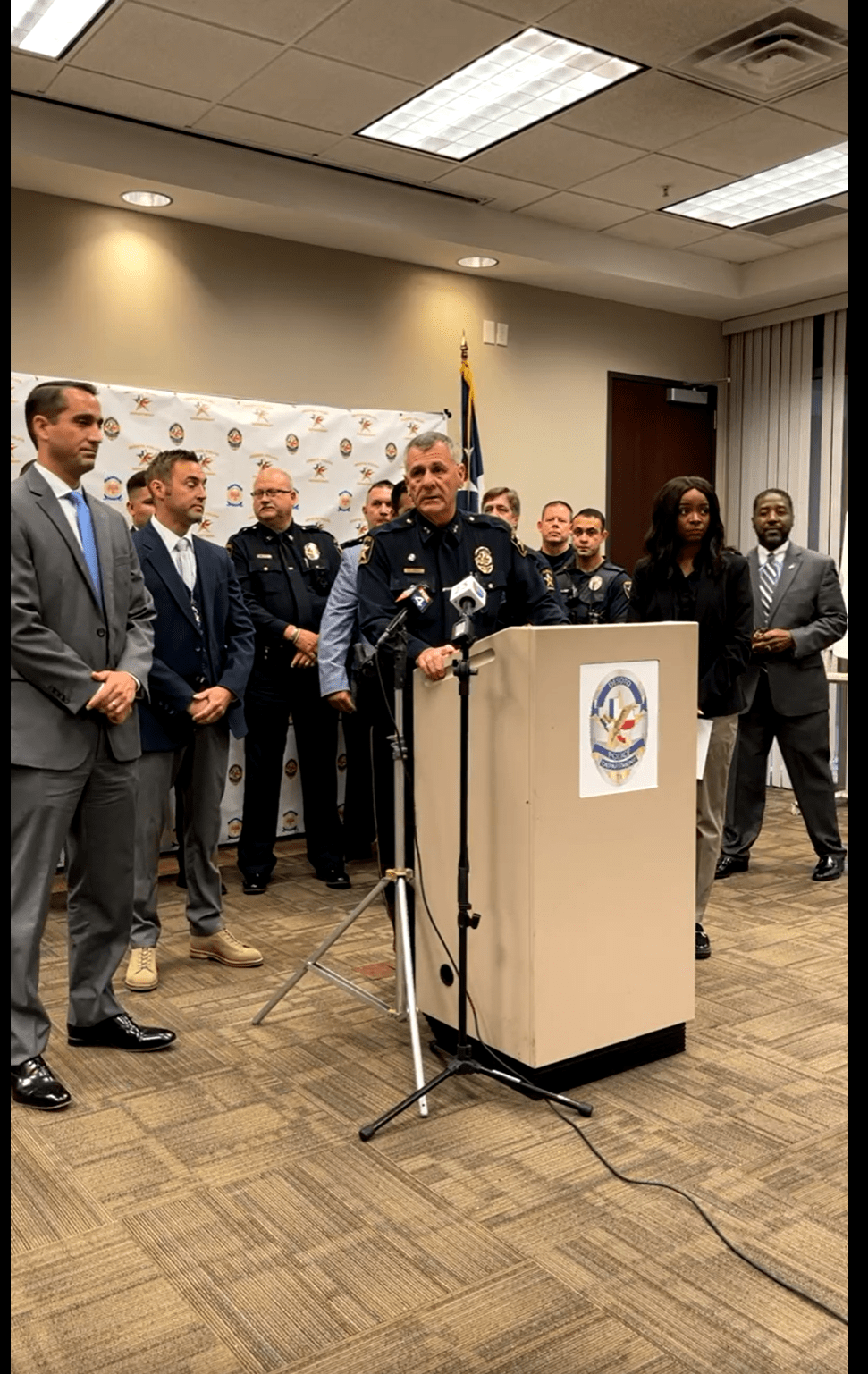 The Chief noted there’s an increase in the murder rate across the region and the country. The reason: an abundance of guns and ease of acquiring those weapons. Many of the guns used to commit crimes come from thefts.

Chief Costa said Mayor Proctor, City Manager Brandon Wright and he are working together to develop programs to reduce gun violence in the city of DeSoto. One of those programs will be a gun surrender/gun buyback program they plan to rollout in the near future.

“While we have seen a recent increase in isolated shootings, all of those cases were quickly solved by good police work combined with the assistance of members of our community,” noted Mayor Proctor. “Overall, crime has been down by close to 40% over the past five years, so we want to keep the positive momentum going by continuing to work together to keep our community as safe as possible.”

Detectives are still actively working all three recent shootings in DeSoto. Chief Costa reminds DeSoto residents “if you see something, say something. All information is valuable when it comes to solving these cases. Report any factual information to the Police. Do not post inaccurate information or rely on social media posts. Resist the urge to post rumors on social media.” Video footage from home surveillance cameras is also helpful.