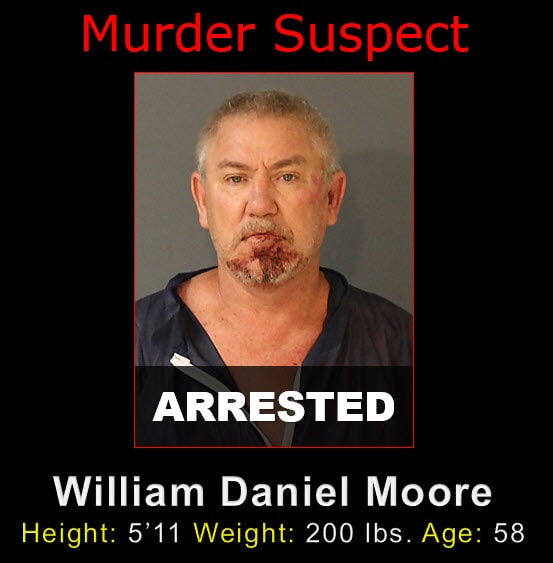 Shortly after 10:30 Friday evening, DeSoto Police received an emergency call from a resident that their neighbor’s child arrived at their front door and reported that the child’s grandfather had just shot the child’s father.

Officers soon arrived on the scene and used a ballistic shield for protection to enter the home in the 200 block of Rob Lane. They encountered the alleged shooter, a 58-year old white male, just inside of the home and detained him without resistance until they could determine what had happened. William Daniel “Bill” Moore told police that his son, 38-year old Elijah Moore, was dead and could be found further on inside the house.

Officers continued their protective sweep of the home’s interior until they found the victim, Elijah Moore, unresponsive on the utility room floor with multiple gunshot wounds. A handgun was located nearby. Police immediately rendered aid, and called in DeSoto EMS to assist, but the responding EMS team could not revive the victim and pronounced him dead on the scene.

After interviewing the juvenile who witnessed the shooting, and speaking with the father of the victim and alleged shooter, it was determined that Bill Moore shot his adult son Elijah after a physical altercation. The elder Moore was charged with Murder, a first- degree felony, and transported to jail. Since no other family members were present, Child Protective Services took custody of the juvenile

DeSoto officers secured the crime scene and had the DeSoto Criminal Investigations Division (CID) respond to the scene. The Dallas County Physical Evidence Section assisted DeSoto CID with processing the crime scene. The investigation is ongoing and no further details about the incident are available.