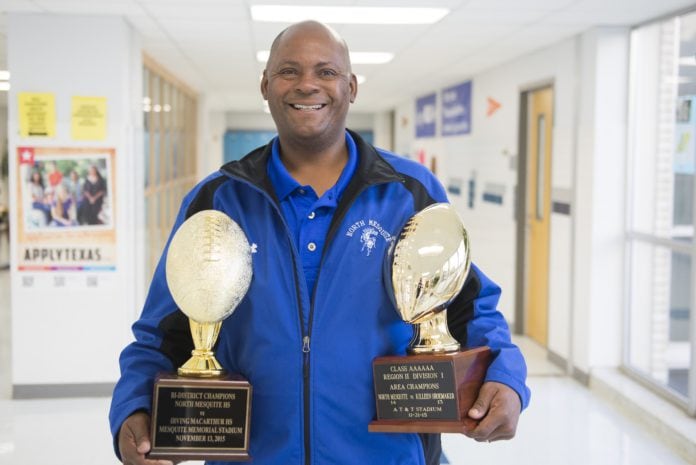 At the February 26, 2018, Regular Board Meeting, the DeSoto ISD Board of Trustees named Michael Robinson as the district’s next head football coach.

At press time there was no news of Robinson’s salary or official start date.

After three seasons, a 32-8 record and a state championship title Todd Peterman stepped down as Head Coach. On the afternoon of January 18, Peterman met with Superintendent Dr. David Harris and delivered his letter of resignation.

Following Peterman’s decision to step down, DeSoto ISD Superintendent Dr. David C. Harris expressed his thanks and gratitude to Peterman for his service to students and student-athletes in DeSoto ISD during his tenure in the district.

Peterman has been with the district for over 9 years. In that time he served as assistant coach, and mathematics teacher. Peterman has been Head Coach and Assistant Athletic Director for the last three years.

His resignation is effective at the end of his current contract, which is June 30, 2018.