DALLAS—Dallas Baptist University celebrated its 698 graduates during its May Commencement services. Exercises were held Thursday, May 10 and Friday, May 11, in the Patty and Bo Pilgrim Chapel on DBU’s campus. The graduating students represented the largest class in DBU’s history.

Pastor Satish Kumar and former Dallas Police Chief David Brown were both presented with honorary doctorates. They served as the keynote speakers in the Thursday afternoon and Friday morning services, respectively.

Growing up in a Hindu family, Satish Kumar was not aware of the message of Jesus until he was 12 when he came to know Him as His Lord and Savior. Six years later, Rev. Kumar began to preach, and at the age of 21, he founded Calvary Temple Church in Hyderabad, India, with just 25 members.

Quickly, people began to flock to the church, where they found not only their physical needs met through various social ministries, but their spiritual needs were also nurtured through dynamic preaching that touched their hearts. Today, Calvary Temple holds five services weekly with approximately 40,000 in each service and a total membership of 160,000, making it the largest church in India and one of the largest in the world.

In addition, Kumar speaks to conferences around the world and is the author of 19 best-selling books. He has also received the National Integrity Award and the Mother Teresa Award. Throughout it all, he has continued to listen to the voice of God and model his ministry after Jesus—caring for the hurting, providing for the neglected, and preaching the Good News to all.

David Brown, on the other hand, grew up closer to home in Oak Cliff and after graduating from South Oak Cliff High School, left for the University of Texas to begin his college education. While driving back and forth from Austin, he saw the continuing deterioration of his Oak Cliff neighborhood, especially through the impact of illegal drugs. Brown then decided to enter law enforcement in order to serve his city and help save his neighborhood.

Over the course of his career, Brown proved to be a trusted police officer and exceptional leader. In 2004, he was named a deputy chief over the Northeast Patrol Division, and the following year, he was asked to serve as the interim Dallas assistant city manager. The following year, he was named the first assistant chief, making him the second in command of the department and highest-ranking black police officer in DPD.

Along the way, Chief Brown received a Bachelor of Arts and Sciences degree, and two years later, he completed an MBA from Amberton University. In 2010, he was named chief of police in Dallas, and he led officers to better engage with the community and worked to institute reforms that resulted in historic reductions of violent and overall crime, as well as the lowest murder rate in Dallas history. He increased educational opportunities for officers and worked to establish a more diversified leadership team.

Following the July 7, 2016, shooting in downtown Dallas that killed five officers and wounded nine officers and two civilians, the city and nation looked for answers, and Chief Brown stood in front of reporters, city officials, and mourning families to help walk everyone through the events and the aftermath. Through it all, he relied on his faith in Jesus to help explain the need to see hope in the tragedy and as a way to turn the evil to good by growing as a nation.

Later that year, Brown announced his retirement from police work, but he did not leave his calling to transform his community. He is a much sought-after speaker, providing insight and leadership into community relations and has worked for ways to improve racial tensions throughout the United States. He also serves on the board of the Rainwater Charitable Foundation and Meadows Mental Health Institute, and he is a regular contributor for ABC News.

“It was such a privilege to honor Pastor Satish Kumar and Chief Brown. These two leaders represent the ideals of our mission: to produce servants who transform the world,” Dr. Wright added. 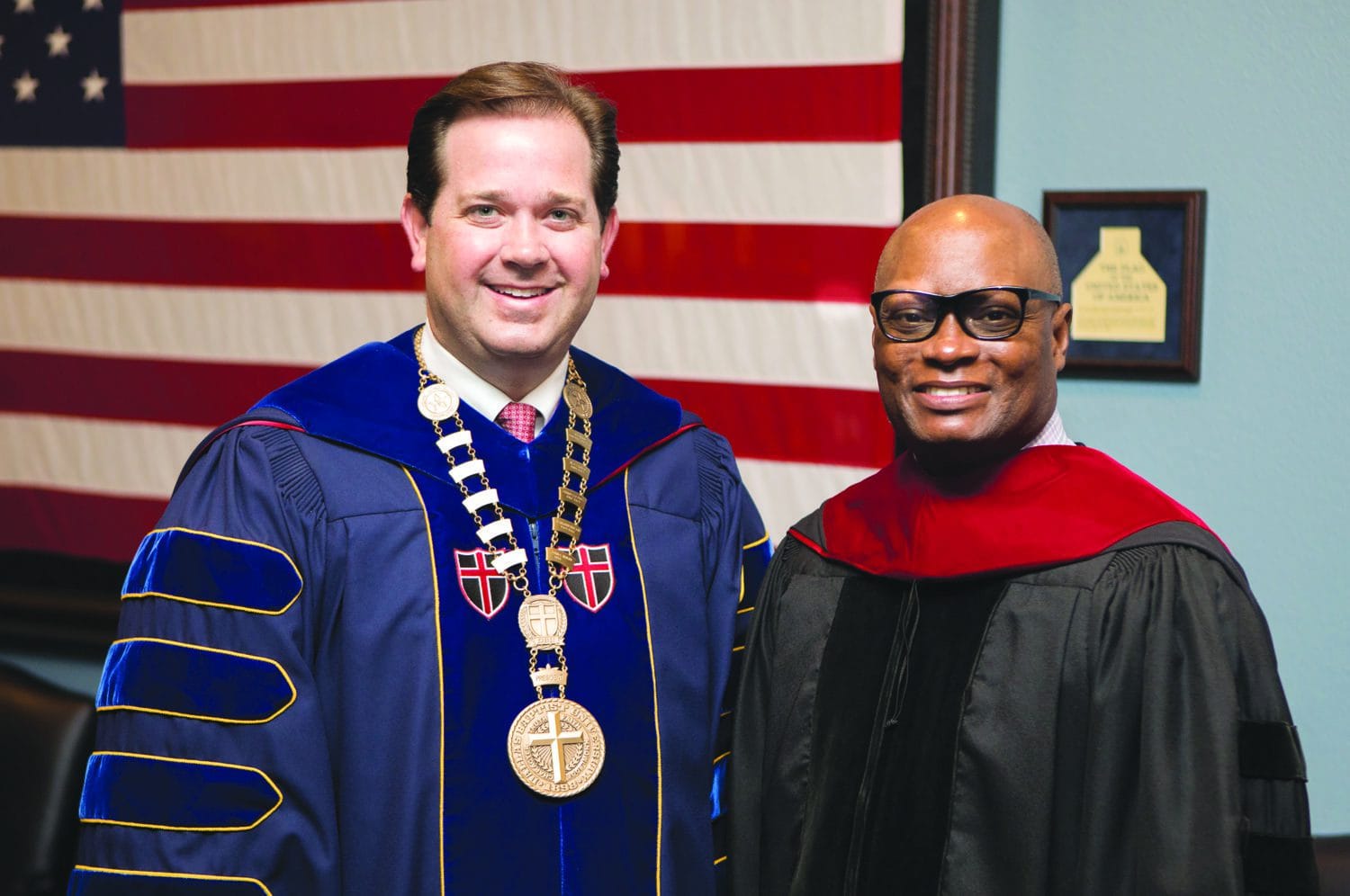