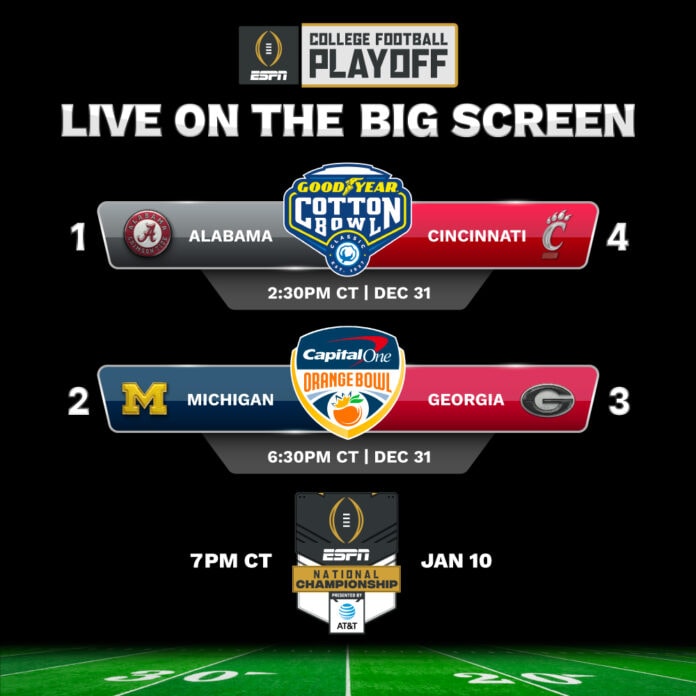 “We are thrilled to offer an incredible opportunity for college football fans to gather and cheer on their teams in our immersive auditoriums with larger-than-life screens and surround sound,” said Justin McDaniel, Cinemark SVP Global Content. “This collaboration with ESPN brings together the best in college football and exhibition for a one-of-a-kind viewing experience that will make people feel like they are part of the on-field action.”

The local markets for all four CFP semifinalists will feature theatres providing this unique experience.

Enthusiasts who want to see the games in theatres can reserve their seat when they purchase a $10 concessions package. Fans will score special prizes after each contest based on the winning team. Sales kick off TODAY. For information on participating theatres and to purchase concessions packages, visit Cinemark.com/CFP or the Cinemark mobile app.