“Brett, Carlos and Amarian are exceptional scholars, and they exemplify what it is to be a Longhorn,” CHHS Head Football Coach Carlos Lynn said.

Due to the COVID-19 Pandemic, Peoples, Williams and Lynch did not have the opportunity to visit their future universities.

Still, they noted that the recruiting process was a positive one.

Peoples and Williams are looking forward to playing each other at the collegiate level. New Mexico State and Liberty are both Football Bowl Series (FBS) Independents, and they will play in the regular season finales in 2022, 2023 and 2024.

“It will be very exciting to play against a former teammate at such a high level of college football,” Williams said.

The Aggies are a program on the rise, having earned their first bowl games in 47 years, in 2017.

Peoples, who plans on studying Business Management at NMSU, said he’s had a strict training regiment in the absence of practices, which have been shutdown by the University Interscholastic League through Labor Day.

He’s looking forward to blocking for Salter when the postponed season starts on Sept. 24 at Rockwall.

“It’s pretty nice knowing that you have someone you can trust and someone who has an understanding and bond with their offensive line,” Peoples said of Salter.

Peoples will have the opportunity to visit Alabama as a freshman, and Hawaii — where Class of 2020 graduate Quin Bright is a wide receiver — in 2023. During Peoples’ senior year of 2024, NMSU will visit Texas A&M.

Williams Heads to the Flames

Williams, a 5-foot-11, 165-pound cornerback, joins a new FBS Program located in Virginia. Liberty won at Baylor in 2017 and won its first-ever bowl game over Georgia Southern last season in the The Cure Bowl.

The Flames are coached by Hugh Freeze, who coached former Longhorn and current New England Patriots wide receiver Quincy Adeboyejo at the University of Mississippi.

“Liberty is the best fit for my future,” said Williams, who plans on studying Sport Science.

The Flames will visit Syracuse and Mississippi during Williams’ freshman season. They will also make a trip to the Metroplex for a game against North Texas. Over the next three years, they will face Arkansas, North Carolina, South Carolina, Virginia, Virginia Tech

Before he heads to Liberty, Williams hopes to lead the Longhorns to a third consecutive district championship, as well as a deep playoff run.

“If you stay ready, you won’t have to get ready,” Williams said.”I’m glad we’re having a season. We have unfinished business.”

Lynch Will Play At Central Arkansas

Lynch, a 5-foot-9, 165 pound safety, chose Central Arkansas of the Southland Conference, a Football Championship Series (FCS) Conference with several programs located in Texas. Central Arkansas, in Conway, Arkansas, is five hours and 20 minutes from Cedar Hill, which means Lynch’s family and friends will have opportunities to watch him play.

“I love the coaches at UCA – it is a great program,” said Lynch, who plans to study Journalism.

UCA was a three-time NAIA National Champion, and they regularly qualify for the FCS Playoffs. Last season, they reached the second round.

Lynch hopes to lead the Bears to the FCS Championship, which is played each January, in Frisco. The Bears have non-conference games at Mississippi (2022) and Oklahoma State (2023). 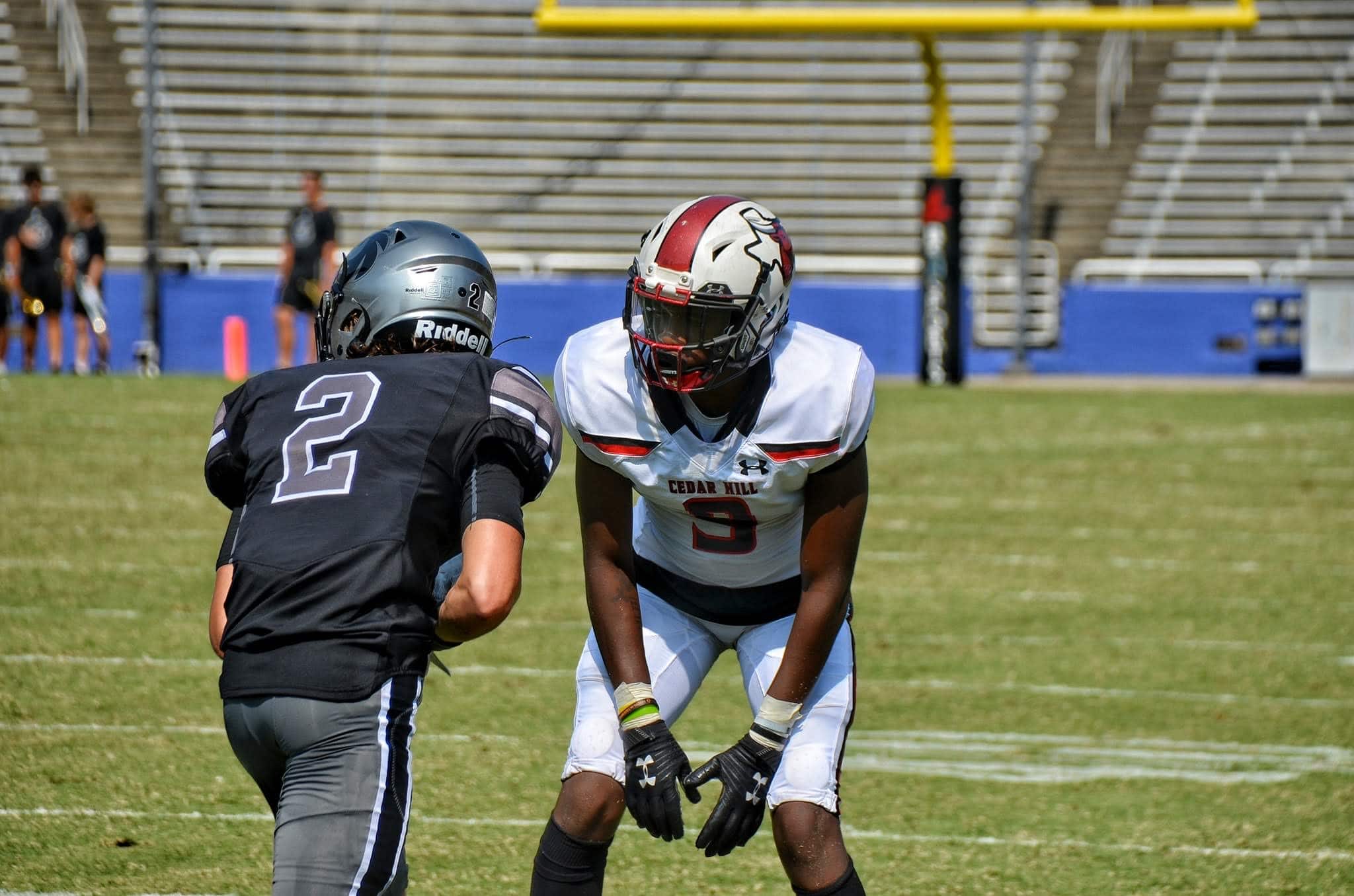