After 19 cruises on 13 different Norwegian Cruise line ships I have come to form some pretty ingrained impressions of many of the ships, classes of ships and the service and features found on each. I have stayed in midship balconies, aft balconies, an inside cabin, a forward cabin and a number of Haven suites as well as in a “normal suite.”

As one might anticipate, the Haven suites are at the pinnacle of cruising on Norwegian. But even within the Haven, there are differences. That brings me to our latest experience – the Deluxe Owners Suite in the Haven of the Norwegian Jewel. All three of my cruises on the Jewel have been in Haven cabins, but this last one, north to Seward, Alaska from Vancouver has stood out far more than any of the others. The Jewel underwent a substantial renovation in the fall of 2018, and it was a real success. I would have thought it was a new ship.

The most striking change obvious to all was the main pool in the center of the ship on deck 12. We had a birds-eye view of the pool and entire open area of the ship from the giant wall-to-wall nearly floor to ceiling picture windows of our suite on deck 15. One could readily see the gradual wading areas down into the center of the pool from each side.  It is also very convenient for children and the more “vertically challenged” people in that it gives them a lot of area in which they can enjoy the water without fear of becoming completely submerged.

Even though our cruise was to Alaska and the weather got quite chilly at times, it seemed there were always people of all ages enjoying the water. While they keep the pools heated, be prepared to face the chill when exiting especially when it’s windy.

Instead of joining the at times crowded main pool, we found ourselves staying on Deck 14 in the Haven courtyard. There is a separate, but small Haven pool on Deck 14, that can accommodate a maximum of 4 people at one time. It is in an area with a retractable roof so Haven residents can enjoy it come rain or shine, cold or hot. Our children, aged 10 and 9, both preferred the Haven pool as they often had the area to themselves. They would spend a few moments in the pool, then head to the Haven area hot tub, then back to the pool and then perhaps “hang out” a while on one of the ample supply of lounge chairs in the enclave enjoying a cookie, a Danish, or even a few M&Ms, always available to Haven guests.

A feature of the Jewel Haven courtyard I enjoyed a great deal is the special showers, steam rooms and dressing areas located behind the hot tub. This was a great amenity which I used throughout our trip. I don’t want to say a Haven guest no longer has a need to sign up for the thermal suite because of the amenities of the pool enclave, but it will certainly be a consideration for me on any future cruise on the Jewel.

There is no dedicated Haven restaurant on the Jewel because of its size. Haven guests are invited to have breakfast and lunch in Moderno on the 13th deck. The menu is more limited than on the larger ships, but is adequate nonetheless. One factor that escaped me, but my lovely wife was kind enough to point out is that we could order both breakfast and lunch from the Haven pool area. What a delight that became as our week on the ship progressed. We often ate, moved to a lounge chair, ordered a drink, relaxed, and later were able to hit the pool, hot tub, or steam room. The waiter, Derek, was always nearby and ready to bring us an adult beverage and non-alcoholic versions for the kids.

Exceptional Crew On Board

There is a lot to enjoy on the new Jewel for non-Haven guests as well. Pools, hot tubs, shows, shops and more, but the exceptional crew is what sets the Jewel apart from other ships. I found the staff on the Jewel among the best I have experienced on any ship. Literally everyone bent over backwards to insure that all guests were experiencing the vacation of a lifetime.

While we were cruising through the glaciers, the pangs of hunger suddenly presented themselves. We headed to our favorite 24-hour restaurant, O’Sheehans, for an afternoon pick-me-up. As it turns out, a lot of other people had the same idea and all the window tables were taken when we arrived. There are no bad views from O’Sheehans and we were seated one table away from the windows. As we enjoyed our meal, the maitre’d came to our table and told us window seats had opened up. He helped relocate us to the window booth and we finished our meal with glacier views.

Alaska Cruises Are For All Ages

Cruisers traveling with children will find the youth programs on the Jewel a fun escape for parents and their kids. There are separate clubs for all age groups, so each child is in an age-appropriate group. Our kids absolutely loved spending time at Splash Academy. With them spending a few hours there in the evenings, we had time alone for shows, the casino, etc.

I can’t say we left the casino rich, but we did have a good time during our visits. Thanks to adequate ventilation we were not bothered by the smell of those who chose to smoke. My wife has asthma and has to be careful around cigarette and cigar smoke. The casino is the only area of the ship that we encountered where people could smoke “at-will.” While we would prefer to not be choked by the smell anyplace, it was comforting to be able to sit and not find it overwhelming.

“Velvet” Is a Must See

The entertainment on the ship was good. My daughter and I especially enjoyed the show “Velvet.” The lady performing the lead vocals was outstanding. I should caution, there was some type of warning about parental guidance for the show, but neither I, nor our 10-year-old found anything offensive about it. There was no partial nudity nor offensive language. We saw the leading lady and man in an elevator later on the cruise and complimented them on the performance. As they exited, I said we wish there was another performance scheduled.

This was our third Alaska cruise with one other voyage on the Jewel and another on the Bliss. Although the Bliss is the newest, largest NCL ship, I have to say I preferred the trip on the Jewel. We were able to get much closer to the glaciers because of its much smaller size. The glaciers and the vistas from the ship provide an experience no cruiser should miss. While the Bliss has more features on-board, we prefer cruising closer to the shore of the inside passage. At times the Bliss felt extremely crowded whereas the NCL Jewel felt more intimate.

One thing that is very evident to us, the glaciers are receding. Each year as we go back, the impact of global warming on the environment is becoming more evident. Alaska cruises are some of the most scenic and memorable. However, I recommend you plan one as soon as possible, while so much natural beauty remains in “the last frontier.” 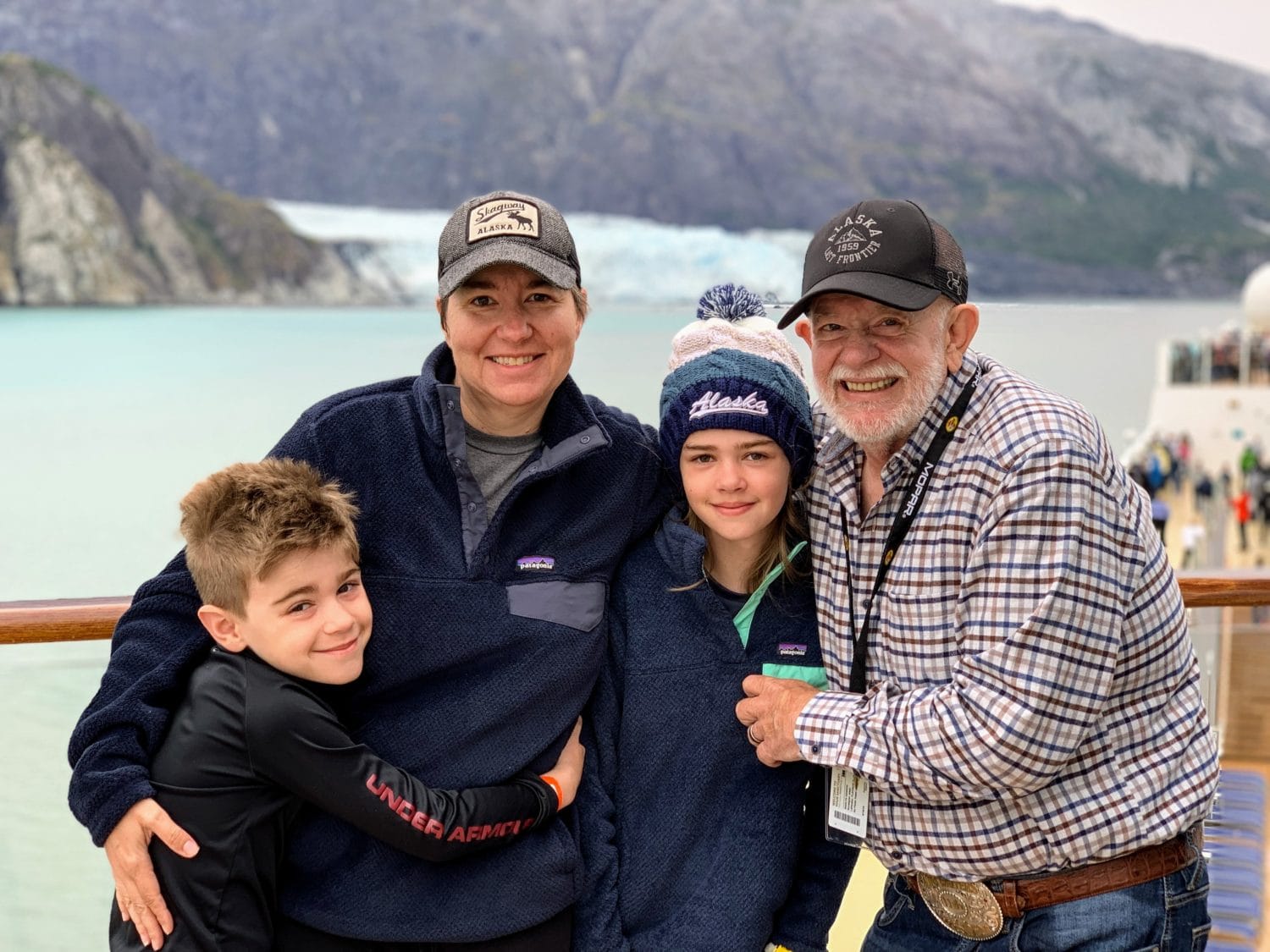 Will You Be Pulled Over If Your City Has A Shelter In Place Order?