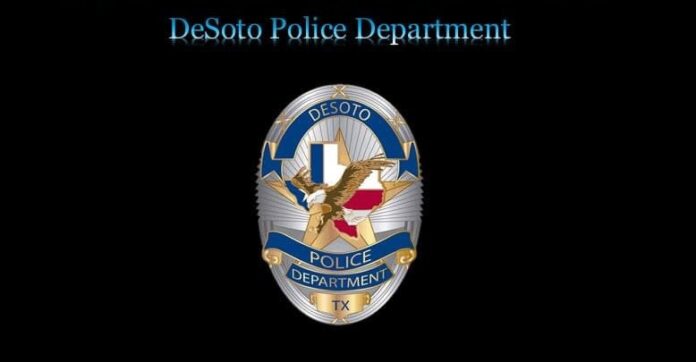 DESOTO – DeSoto Police said a shooting Thursday afternoon at around 3:00 p.m. was not a random event.

The shooting took place at the 7-11 on Hampton Road at Wintergreen.

Twenty-year-old Antreal Simmons, unknown what city he resides, was sitting in his vehicle in the 7-11 parking lot when an unknown suspect got into the vehicle and attempted to steal property.

A backpack was found outside the victim’s vehicle. However, the suspect, fled in what police said was a dark-colored SUV after shooting Simmons. At this time the suspect is still at large.

Simmons was shot three times in the neck with the bullet making contact twice.

The victim is currently receiving treatment at a local hospital. Desoto Police said he was taken into surgery and as of Thursday evening his injuries do not appear to be life-threatening.

“This was definitely not a random incident,” Desoto Police assured “and we know the suspect was attempting to take property from Simmons’ vehicle.”

Police said that while the suspect fled, there were many people in the 7-11 parking lot who witnessed the incident. There were also a number of individuals who recorded video of the shooting as the “less than one-minute altercation” took place.

As a reminder, a spokesperson for the DeSoto Police Department said it is important for all citizens to always stay vigilant and lock car doors.

This is an ongoing investigation and DeSoto Police ask that any person with information call 469-658-3050 to speak with a DeSoto detective.