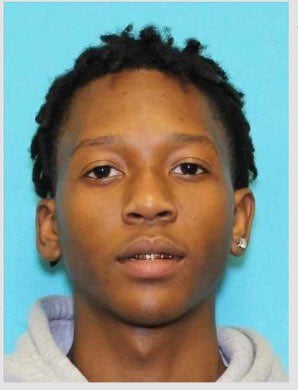 Mansfield ISD Update at 4:45 p.m.: “It has been a devastating day, and we are still in the midst of reunifying our students and parents; but we want to thank you for your cooperation, patience, understanding and kind words as we come to grips with what has happened.

We are so grateful there were no fatalities, and reports indicate that those injured are expected to recover.

It is so important that the Timberview High School community have time to heal, and so, there will be no school for Timberview High School and the Early College High School on Thursday, Oct. 7. All after-school activities, including athletics events and games, will also be canceled. In addition, the parent-teacher conferences on Oct. 8 will be rescheduled for a later date.

There will be counseling services available for students, staff and families tomorrow to help individuals begin to process what has happened. The services will be available both in person and virtually. Please see the counseling details below:

You can also review Mansfield ISD’s 24/7 Student Support service, which provides assistance to students during non-school hours. There’s even additional support through a free referral service to help those with mental health or substance use issues to get matched for treatment.

Please note that given the current investigation underway, no one will be able to have access to the Timberview High School campus until further notice. We will be sure to update you once we have further details about steps moving forward.

Suspect is in custody after surrendering to the Police Department with his attorney. We have more details in the story about the suspect and weapon recovered.

UPDATE 11:20- Mansfield Police Department provided an update stating four people were shot. One was a minor injury and declined treatment, the other three have been taken to Medical City Arlington for treatment. Police now say they have high confidence there was only one suspect involved.

Police emphasize this was not a random act of violence. There was a fight that broke out, the student pulled out a weapon and began shooting. Police are still searching for the suspect they have identified as Timothy George Simpkins, 18 years old. He is believed to be driving a 2018 silver Dodge Charger with license tag PFY 6260.

Parents can reunite with their children at the Mansfield Performing Arts Center.

Three people have reportedly been shot and have been transported to a hospital. None have passed away. Several ambulances are on standby if there are other victims.

Even though Timberview is physically located in Arlington it is in the Mansfield ISD. The district reports that the building has been cleared.

Police have set up a peremiter around the school. They are inside school and it on lockdown. School is surrounded by police and fire trucks from both Mansfield and Arlington.

According to scanner traffic, one suspect, described as a black male wearing a gray sweatshirt, left the scene in a Dodge Charger. There may be a second suspect, but police are working through those details.

An elementary school next to the high school is locked down as well as a precautionary measure.