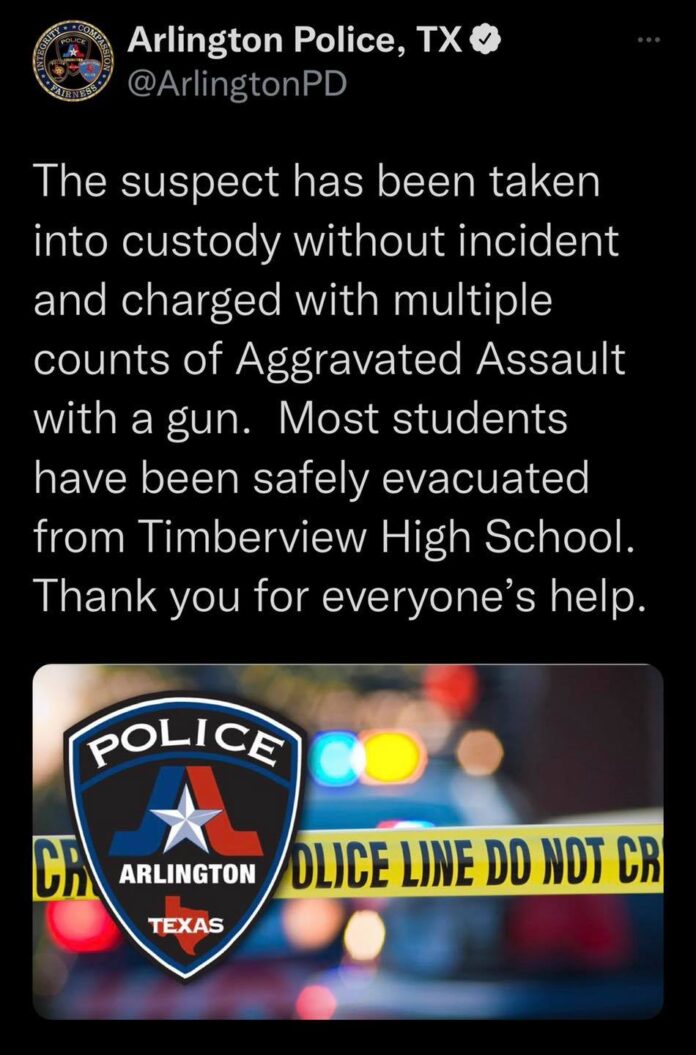 According to law enforcement officials this morning’s shooting at Timberview High School was the result of a fight that broke out between two students. Arlington Police say there are two Mansfield ISD Officers on the campus of Timberview and they responded to the shooting immediately.

Three individuals were transported to Medical City Arlington, two of them with apparent gunshot wounds. A fourth individual was treated and released at the scene with minor injuries. NBC DFW reported the injured include a 15 year old male in critical condition with a gunshot wound. Law enforcement say he had surgery and is in the ICU. A teenage female reportedly suffered a small abrasion, possibly from a bullet grazing her. She is in good condition and expected to be released. Also, a 25 year old male (staff) is hospitalized in good condition.

Arlington Police, ATF, Grand Prairie Police, Mansfield ISD and Mansfield Police Department along with other federal partners worked together to locate the 18 year old suspect, identified as Timothy George Simpkins. This afternoon Mr. Simpkins, along with his attorney, coordinated his surrender to law enforcement. He’s being held at the OTT Cribbs Public Safety Center and has been charged with three counts of aggravated assault with a deadly weapon.

Students at Timberview High School have all been evacuated and have been in the process of reunifying with their parents at the Mansfield Performing Arts Center. Due to the ongoing investigation, Mansfield ISD has canceled all after school activities.

Grand Prairie Police Department reports they recovered a 45 caliber handgun in the streets around England Parkway, approximately two miles from the school. The weapon is being transferred to ATF for ballistics analysis to determine if it was the weapon used in today’s shooting.

The Mansfield Police Chief said regarding today’s incident, “We’re going to respond appropriately and with a unified response. We brought this to a quick resolution and without incident thanks to our local and federal partners. We are not going to tie up resources for false social media rumors, we will prosecute them. Please be involved in your children’s lives and children’s schools.” 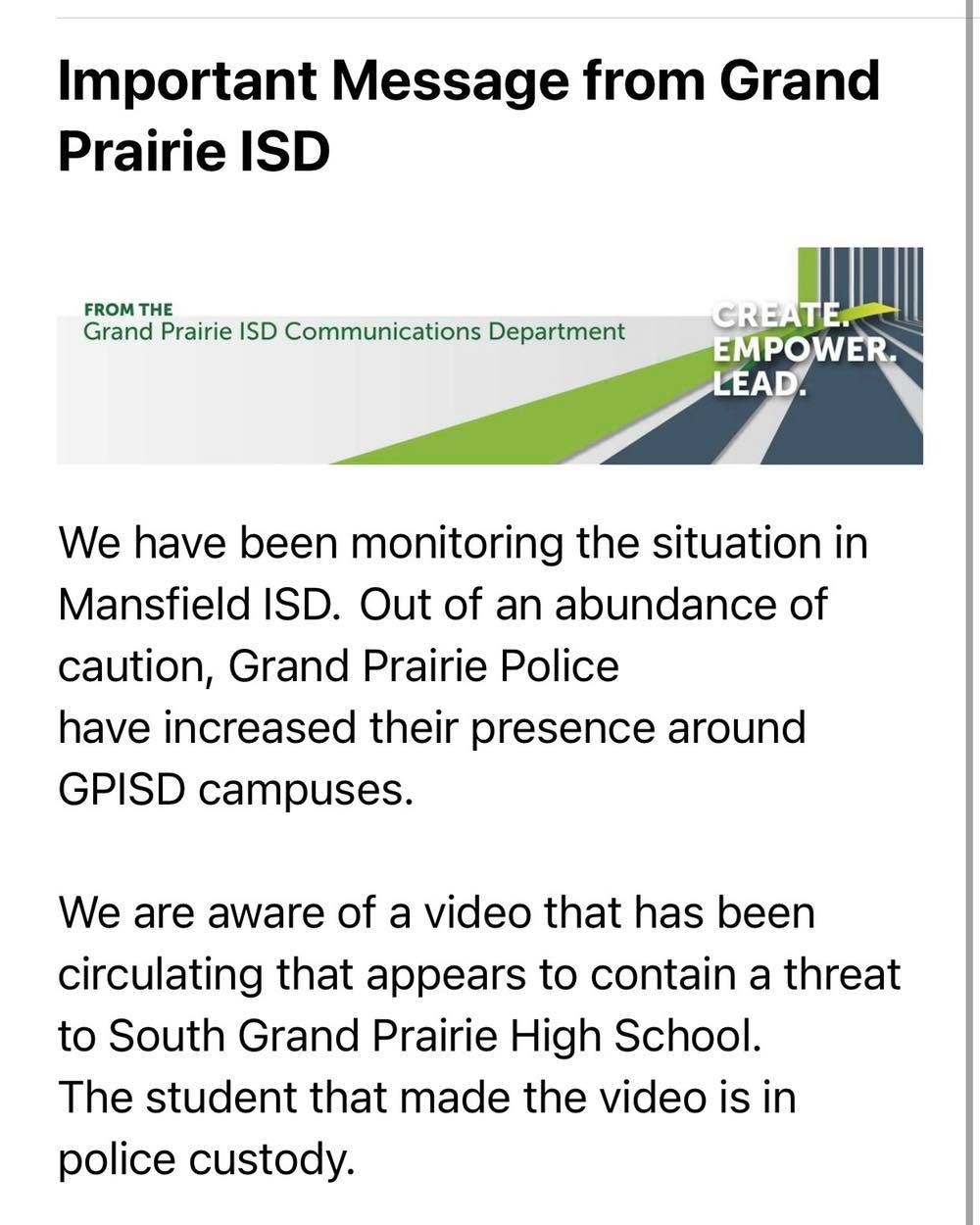 Grand Prairie Police Chief and Arlington Police also emphasize that rumors and threats on social media diverted law enforcement resources. There was a threat involving South Grand Prairie High School which led parents to head to the school and pick their kids up. Their message for students and parents: Look at your kids social media and be involved. Know what’s happening in your kids lives and at their schools. We will not tolerate threats.

Many parents are urging Mansfield ISD to install metal detectors at Timberview High and other campuses in the district. Mansfield said they will be evaluating security procedures, but want parents to know EVERY campus in Mansfield ISD has law enforcement officers on campus.